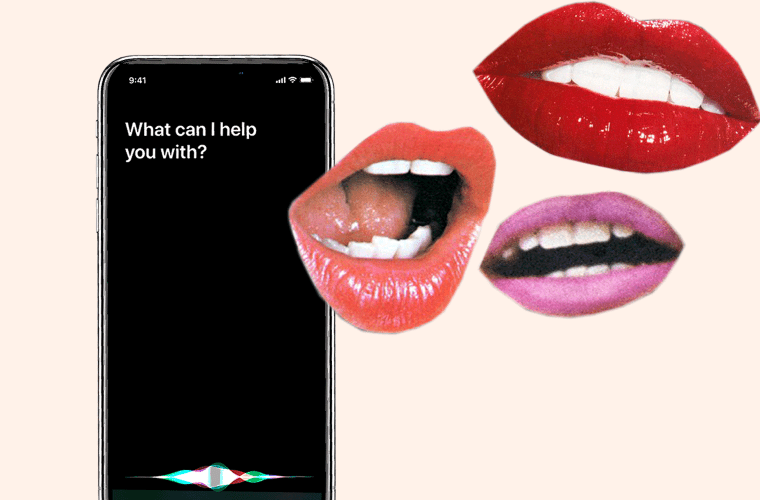 In an increasingly technology-obsessed world, women are being left behind. Right from who gets their first computer as a child in a family, to who gets to build artificial intelligence software at tech corporations, women are nowhere to be found. There are systemic factors, both social and financial, that are working against women’s interaction with technology, with women and girls being 25% less likely than men to know how to work technology to elevate their basic lifestyles, according to a new report.

“At a moment when every sector is becoming a technology sector, these gaps should make policy-makers, educators and everyday citizens ‘blush’ in alarm,” write the authors of a 145-page gender gap report published by UNESCO in May, titled “I’d Blush if I Could: Closing Gender Divides in Digital Skills Through Education.”

The largest gaps in internet use between men and women were seen in parts of South Asia and sub-Saharan Africa, with 33% fewer women knowing how to use the internet in these regions, the report cites.

But it wasn’t always like this. When the technological revolution took the world by storm, software programming in developed countries was “women’s work,” mainly because people believed women to be meticulous and “good at following step-by-step” directions. It’s only when society realized that a big part of our future would be the internet, that women were stripped of their newly influential roles and pushed out of the industry. It began at an early age — once computers became ubiquitous, research in the 1990s’ U.S. showed boys were more than twice as likely to receive computers from their parents, and were more actively encouraged to develop skills to use them. Growing up, with an increasing demand for computer professionals and a multitude of IT programs at universities, the gap further widened as only boys had been exposed to technology, and could further their skills. Slowly, information technology started to be deemed a field dominated by, and most suited for, men — a phenomenon the report authors marvel has managed to be ingrained in society within a single generation.

The stereotype, combined with intensely patriarchal societies in many parts of the world, further curbs women’s access to technology. For example, limits on women’s mobility and financial independence plays a major role in preventing women from exploring technology. Even if access is available, it’s mostly delivered through patriarchal figures in their home, and is likely gendered, such as aimed at providing beauty or household tips and tricks to the women.

But let’s say women get past all the obstacles and manage to be online — sexual harassment and abuse lay waiting, the report states, which further deteriorate women’s chances of mastering digital skills.

The Sexism in Your Favorite Algorithms

This has led to a dearth of skills that women can make use of to get ahead. In India, researchers found that a majority of women owned mobile phones, but couldn’t dial numbers or send messages due to illiteracy; they could only answer calls. Studies of other locales have found that fewer than 25% of women have, or could have, used the internet to look for a job.

“Today, billions of people have access to affordable devices and broadband networks, but do not have the requisite skills to take advantage of this technology to improve their lives,” the report concludes.

What early disenfranchisement does is impede women’s growth to the higher echelons of technological innovation that can change the reality on the ground. Women hold a mere 24.7% of digital jobs in the world — even then, they are more likely to work in low-skilled or administrative sectors. The report cites a survey of online software developer companies that “found men are 15% more likely than women to be senior developers or in hiring positions, almost twice as likely to be in management positions and nearly four times as likely to be executives.” In India, women make up 45% of seats in university-level computer science programs, but only constitute 25 to 30% of the IT workforce, signalling they don’t graduate to a job in their chosen educational field.

Naturally, at the higher levels, this discrepancy is magnified. Only 21% of technical roles at Google are filled by women. At Google’s AI pages, the gender gap is wider; approximately 60 women are part of its 641-strong techie pool. At the global level, the machine intelligence workforce is 12% female. Across the board, companies that hire experts for artificial intelligence report receiving fewer than 1% of applications from woman techies.

“What emerges from these statistics is a finding that the newest wings of technology, such as AI, also have the lowest representation of women: the more vanguard (and presumably the more future-oriented) the field, the fewer the number of women working in it,” states the report. This is apparent in the gendered-ness of artificial intelligence itself — Apple’s Siri and Amazon’s Alexa, for example, are marketed as coy, subservient digital assistants that have been coached to respond with a slew of flirty, gender-role enforcing answers.

The gender gap in technology is like a small tear that first manifests in the life of a young girl, and only gets bigger and dirtier as sexist stimuli ravage it until no recourse is left for the adult woman. In the meantime, men continue to dominate technology, which only exacerbates the gender inequalities that led them to hold such powerful positions in the first place. In the field of artificial intelligence, the gender bias is translated into algorithms that further seek to restrict women’s access to technology. For example, Amazon’s AI recruiting software has been trained on men‘s resumes, and automatically downgrades the resumes that have “women’s” in them, for accolades such as “women’s chess club captain.” Image recognition softwares have been taught to mirror, and amplify, gender roles, such as a woman cooking and a man playing sports. In text-based machine learning, softwares “adopted sexist views of women’s career options, association their roles with homemaking, as derived from articles on Google News.”

“Overall, strong arguments can be made that the digital world is often less gender-equal and less gender-safe than the analogue world, and this is almost certainly symptomatic of the dearth of women involved in the creation of digital spaces,” the report concludes. Including women can only be good for tech companies — those that are gender diverse are 15% more likely to surpass their financial goals; another cited global survey of 2,400 companies showed companies with at least one woman on their board grew and profited much more than companies with no women on their boards. Women also tend to reinvest their income back into their families and society.

The report quotes Samir Saran and Madhulika Srikumar of the World Economic Forum, who say that we need a multi-gendered, multi-cultural and multi-ethnic technological sector — only then can it provide a universal benefit. As Li Fei-Fei, co-director of Stanford University’s Human-Centered AI Institute, is cited in the report saying — there is nothing artificial about artificial intelligence, which inspired by, and impacts, people. She sounds a warning: “I think if we wake up 20 years from now and we see the lack of diversity in our tech and leaders and practitioners [that we see today], that would be my doomsday scenario.”