Caught In A Double Bind 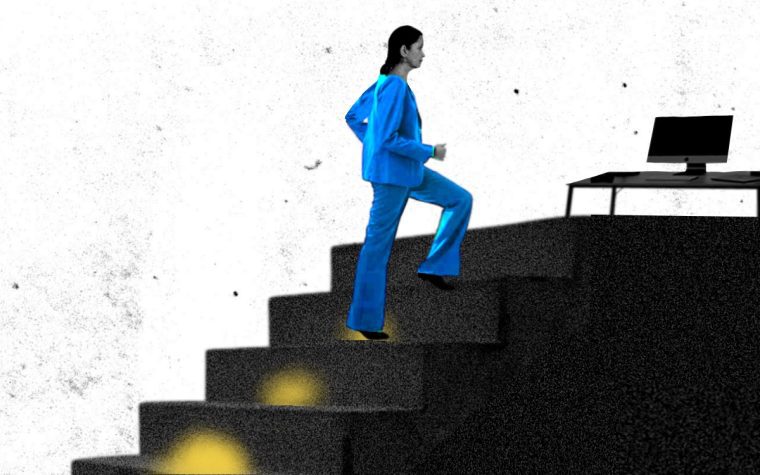 “Middle age is a make-or-break time,  when people are being groomed and considered for the top jobs,” said Jennifer Chatman, Distinguished Professor of Management at UC Berkeley’s Haas School of Business. However, harmful stereotypes are affecting the careers of middle-aged women who are at the cusp of being promoted to high-level leadership roles. Chatman noticed this when her evaluations from students came in – in her 40s, her expertise had increased and “teaching was getting even better”, but her evaluations had suddenly gotten worse.

While men and women are both considered to be more capable as they get older, only women bear the brunt of being seen as “less warm” as they age, new research published in the journal Organizational Behavior and Human Decision Processes has found. This series of studies is reportedly the first to look at both gender and age to determine how perceptions of women and men differ. “It’s just stunning… These stereotypes are so hard-wired and deeply entrenched that they come out even when absolutely identical information is provided about a man and a woman,” Chatman said.

In the analysis of professors’ evaluations, female professors witnessed a decline as they moved from their 30s to 40s, hitting an all-time low around the age of 47. All this while, the evaluation of male professors remained consistent. Interestingly, after the age of 47, the evaluations for women increased again, becoming equal with those of men around the early 60s. “At that point, there are different stereotypes of women, and they may benefit from being seen as more grandmotherly,” said Laura Kray, faculty director of the Center for Equity, Gender, and Leadership at Berkeley Haas and an author of the study.

The researchers further analyzed students’ comments, using software that identified hundreds of adjectives. They found that words like “nice”, “caring” and “helpful” declined for women along with their evaluation scores, cementing the researchers’ conclusion that as women gained more experience and power, they paid the penalty of not prescribing to stereotypical notions of warmth and niceness.

The same trends did not apply to men. In one other study, participants were given a headshot and identical career information for a tech company’s hypothetical supervisor – “Steve Wilson” or “Sue Miller.” Participants had to rate them on adjectives such as “forceful” or “gentle” in middle age and when they were younger. The participants rated both higher on adjectives related to agency as they got older, in tune with past findings. Despite the identical information about their career however, they rated Sue lower on characteristics to do with warmth as her age increased. Steve’s ratings on warmth did not change.

Why Women May Resent Compliments About Being ‘Collaborative’ at Work

“Warmth” and “agency” are fundamental markers of how we judge those around us. Research has previously shown that while women are perceived as warmer, men are considered to be more capable and assertive – stereotypes that can be attributed to the gendered roles of care-work being the woman’s burden to bear while men historically hunted, worked and provided for their families. Stereotypes for women are constructed around likability, capability and even motherhood. When ageism enters the picture, then, this perception of middle-aged women being less “nice” counters the general stereotype of women being warmer.

Women are often perceived as “less competent, ambitious, and competitive” than men, stereotypes that undermine their abilities and often lead to them being overlooked for leadership positions, “unless they present themselves as atypical women.”

Earlier this year, Harvard Business Review analyzed workplace biases and found that half of the 100 senior executive women they surveyed, most experienced discrimination and bias mid-career, around the age of mid 30s to late 40s. They identified several challenges that affect middle-aged women in the workplace.

For one, women that age face what is called “the motherhood penalty,” where assumptions around parenting duties lead people to believe women are less committed to their careers than men. This has several repercussions, most particularly evident in hiring, promotions and wages.

Age Is the Biggest Obstacle to Women’s Success at Work, Report Finds

Women executives further pointed out that they face “hyper-scrutiny” and “skepticism” which harks back to perceptions of likeability versus agency. One executive told HBR, “You are seen as a bitch if you are too successful, or a mothering figure if you are well liked.” Gendered networks in the workplace, with men gaining greater access to senior leaders, become cemented mid-career, posing another difficulty for working women.

“There seems to be something about the very nature of career progression that seems to lead people to perceive women as less warm and therefore less likable as their agency increases,” said Chatman.

Negative perceptions of women in middle-age can also be linked to stereotypes around menopause. In 2008, psychologists studied the attitudes of people towards women in different reproductive stages. They found that while the pregnant women or the woman with the baby were though about in glowing terms, menopausal women were associated with negative emotions, illness and ageing.

The latest research findings shed light on how negative perceptions around likability based on gender and age impact the careers of middle-aged women. However, researchers made clear that this should not lead to women striving to be warmer, or even less capable. “I would hate for the message to be that women need to be more careful about how they present themselves… because these findings already point to the fact that women have a narrower band of acceptable behavior,” Chatman said.

They highlighted that systems must be created to standardize the process of how candidates are evaluated for promotion. Career growth should be based on merit and capabilities rather than how warm one is perceived to be. The researchers suggested excluding feedback on personality for promotions, or ensuring that the same is taken into account equally for men as well.