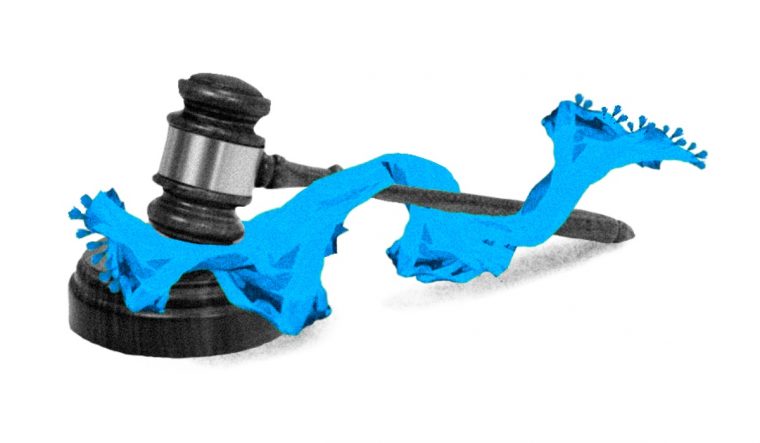 A sessions court in Kerala granted anticipatory bail to a man accused of sexual harassment, noting that the accuser wore a “sexually provocative” dress. “Section 354A will not prima facie stand against the accused,” the order stated. To recap: Section 354A of the Indian Penal Code is a sub-section of Section 354; the latter explicitly refers to women’s “modesty.” It criminalizes “Whoever assaults or uses criminal force to any woman, intending to outrage or knowing it to be likely that he will thereby outrage her modesty.” But the question is: does it also criminalize inappropriate behavior against women whom society considers “immodest”?

“It does not make sense to retain the idea that something amounts to violence only when the modesty of women is outraged, and not the bodily integrity of all women, irrespective of modesty,” feminist lawyer Pratiksha Baxi had noted. And yet, the law continues to frame gender-based harassment and violence as having taken place only when the social construct of modesty — not bodily autonomy — is violated. In essence, the law holds societal perceptions of women’s honor as more sacrosanct than a person’s own security against any form of harm, regardless of their conduct.

The sessions court in the present case also highlighted the modesty aspect of this section of the law. But it isn’t the only one: Section 509 also refers to any “[w]ord, gesture or act intended to insult the modesty of a woman.”

In one of India’s first high-profile sexual harassment trials, the High Court of Punjab and Haryana, in 1988, upheld the conviction of KPS Gill, who had sexually harassed Rupan Deol Bajaj, under precisely these sections. But in that case, the court had outlined the meaning of modesty: “womanly propriety of behavior; scrupulous chastity of thought, speech and conduct.” The case remains one of the country’s earliest #MeToo victories before the movement even began — but it still relied upon a troubling foundation that distinguishes “good” victims from “bad” ones. Deol Bajaj was, by all accounts, a highly respectable IAS officer — making her, in the eyes of the law, an example of a woman with modesty and propriety that someone else violated. In other words, she was not someone who deserved it, and the perpetrator thus had to be punished.

Modesty and rape culture, then, have shared a storied and long relationship — both put the onus of good behavior on women as the fair price to pay for not being subject to violence. Just last year, the Bombay High Court reiterated this notion — referring to modesty as a woman’s “most precious jewel.” But the association that’s cemented in the law reverberates even beyond it. In 2018, Telugu actor Sri Reddy subverted the association between modesty and victimhood when she performed a strip protest against casting couch culture in the Telugu film industry. But detractors diminished her protest as hysterical antics; her complaints weren’t taken seriously even outside the law because of her immodest behavior.

The reliance on modesty in the law essentially builds a larger culture of victim-blaming into it. “The essence of a woman’s modesty is her sex,” the Supreme Court ruled in 2007. This interpretation inevitably has the potential to reinforce anxieties around women’s sexuality — even going so far as to deny women the dignity of their sexuality and personhood.

In addition, the notion of modesty legally “sorts” women into those who are modest and in conformity with societal expectations around womanhood, and those who are not. Against the latter, then, violation of bodily autonomy is not a crime since there is no modesty to outrage. The way Indian society defines modesty, moreover, is intertwined with caste and class. It’s why the law has often failed to recognize caste-based sexual violence — most famously in 1972 in the case of Mathura, an Adivasi girl, whom the judge deemed to be “habituated to sex.”

The present opinion of the Kerala sessions court then strengthens the association between gender norms and gender-based violence, doing more harm than good to all survivors — even the “modest” ones.