Where's The Other Shoe? 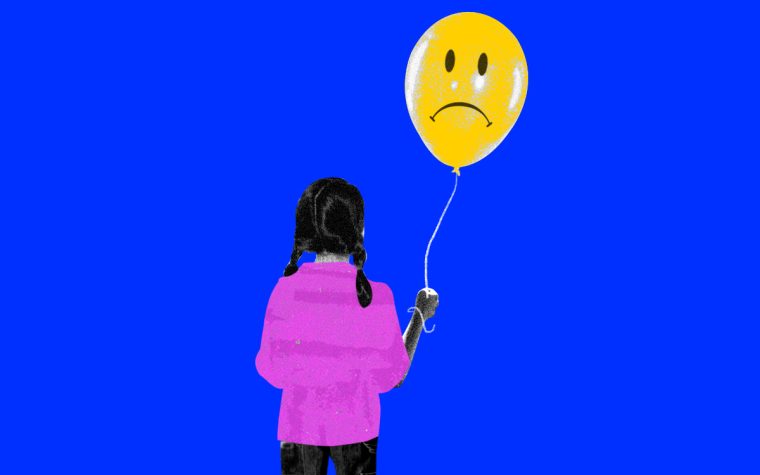 “Muskuraaye toh muskuraane ke karz utarne honge… Muskuraaun kabhi, toh lagta hai jaise honthon pe karz rakha hai (Everytime I smile, I worry that I have to pay a price for it),” goes a song from 1982’s Masoom. The lines describe the angst of a person in the throes of the irrational fear of feeling happy, or cherophobia, which literally means “fear of rejoicing.” Instead of basking in moments of pleasure, cherophobic individuals anxiously wait for the other shoe to drop. While it’s yet to be recognized by the latest edition of the Diagnostic and Statistical Manual, many experts recognize cherophobia as an anxiety disorder. A recent study suggests that an unhappy childhood might have a part to play in the development of cherophobia.

In the past, too, researchers have linked cherophobia to adverse experiences in childhood. “It might seem unusual for someone to fear this positive emotion. If it is due to a happiness/punishment link in childhood, it could be more common than we think,” Carrie Barron, a psychiatrist, who wasn’t involved in the present study, had written in 2016. “If you are pleasure averse, it may be because somewhere along the way, wrath, punishment, humiliation, or theft… killed your joy. Now you are afraid to feel it because the bubble burst/brutality is coming.”

Published in Motivation and Emotion, the new study backs up Barron’s hypothesis with statistical evidence. A survey of more than 850 individuals from countries across the world — including India, Vietnam, France, the U.S., and the U.K. — found that an unhappy childhood, among other things, was often a predictor of cherophobia in adulthood.

“This suggests that traumatic experiences as a child may have a long-lasting impact on the person’s perception of happiness, independently of the individual’s satisfaction with current relationships in adulthood,” noted Mohsen Joshanloo from the department of psychology at Keimyung University in South Korea, who authored the study.

In other words, unhappy childhood experiences can lead to our brains developing an intrinsic pleasure-pain link, forcing them to believe that pleasure is, more often than not, followed by pain. Even as individuals age and develop newer social relationships, they continue to be paralyzed by the fear of their joys turning into sorrows while they look on helplessly. “[There is] an underlying belief that the good event will probably be followed by something bad — perhaps, because in your past, bad things that have happened to you often transpired when you were doing well, or things were relatively calm,” Jo Eckler, a clinical psychologist who wasn’t part of the study, had explained.

Other factors like depression, loneliness, and perfection, too, can trigger cherophobia, as the present study confirms as well. It can be a consequence of conflating happiness with laziness, or believing that joy can’t be stable or constant. Superstitions, too, may have a role to play: “Some might believe that an unknown karma-like force ensures that good luck produces misfortune or that happiness must be followed by sorrow to maintain a necessary balance of complementary energies,” wrote Krystine Batcho, a psychologist and professor at Le Moyne College in Syracuse, New York.

Barron believes the subject is rarely addressed since this “fear… may not be expressed verbally because one may not even be conscious of it.” According to Barron, cherophobia can present in the form of physical symptoms, too, making it easier to recognize. “[I]t may manifest via a visceral feeling or by conjuring up a conflict with a loved one. Jitters, the sudden need to escape, an un-nameable anxiety, a stomachache, a headache, [or] an argument might immediately follow a happy event.”

Worrying about happiness simply being a harbinger of misfortune is indeed a dreadful prospect. It’s important to remember, though, that a cherophobic person doesn’t derive joy from hating on it.