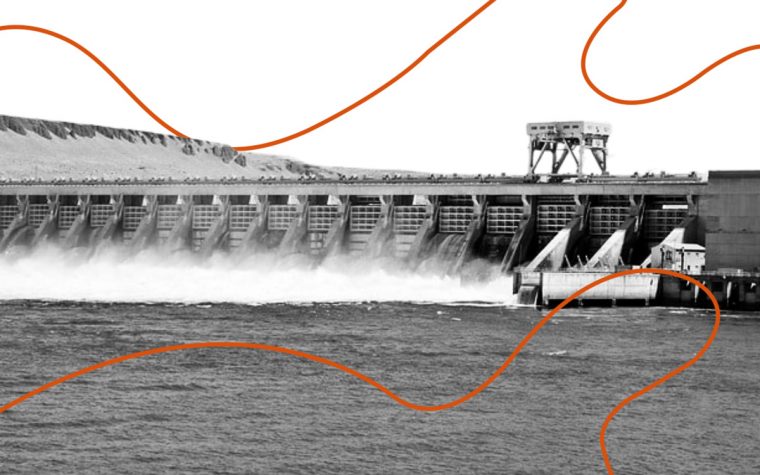 A study led by the World Wildlife Fund (WWF) found that there is an expensive trade-off to be made between renewable hydropower sources and preserving freshwater ecosystems. According to the study, published in Global Sustainability, more than 2 lakh kilometers of rivers may be severed due to the construction of hydroelectric dams and reservoirs.

The findings throw new light on the question of which renewable energy sources are the most sustainable and contribute to the world’s climate targets significantly.

The study also found that the proposed dams and reservoirs would contribute to less than 2% of the renewable energy needed to keep global warming within 1.5 degree Celsius by 2050. The significant costs of transitioning into hydropower have given researchers pause.

“It was sobering to learn that many of today’s remaining free-flowing rivers are at risk of being permanently transformed by new energy infrastructures,” said Bernhard Lehner from McGill University’s Global HydroLab, who was a part of the study.

The Amazon, the Congo, and the Irrawaddy are some of the major rivers that stand to lose their free-flowing status. A free-flowing river is one whose path is unobstructed by human interventions and that can carry along silt and freshwater life without major hindrances. With its flow undisturbed, a free-flowing river can respond to natural stimuli in terms of swelling or shrinking, all of which makes for a healthy river ecosystem that is vital for the freshwater and surrounding environments. The WWF calls them the freshwater equivalent of “wilderness”.

According to the present study, planned dams and reservoirs constitute the biggest threat to free-flowing rivers around the world.

“When it comes to river health, climate change and biodiversity loss, we can no longer afford to think of these as separate issues,” said Michele Thieme, lead author of the study.

“Rivers are powerful agents for keeping wildlife and communities healthy, especially in a warming climate, yet their ability to support life is threatened by hydropower dams in many parts of the world,” he added.

The damage that hydropower projects pose to free-flowing rivers is irreversible — not only could it upset the delicate balance of biodiversity found within freshwater and floodplain ecosystems, but also food security for millions of people in terms of fish and nutrients for agriculture. Moreover, floodplains also offset the impact of floods, and sediment deposits from rivers can keep deltas above sea level.

Nearly All of the World’s Rivers Have Been Ravaged by Human Activities: Study

At present, hydropower constitutes around 70% of all renewable energy in the world. Experts recognize that this is a problem. A previous paper published in 2018 noted that the rapid development of hydropower projects was on account of their providing a cheaper source of electricity, but without considering their environmental and social costs. What’s more concerning is that much of the electricity generated by hydropower was found to be directed to industries and not to people for their daily use.

“The nice goal of rural electrification has become completely subverted by large-scale interests who are pushing this technology, and governments are open to being convinced by them that this is the way to go,” the 2018 study noted.

While developed countries have begun dismantling their dams, hydropower projects continue to be pushed in developing countries, which experts across the board agree could have severe consequences with very little benefits in terms of clean energy. In India, hydropower projects have a long and brutal history of forced displacements of thousands of Adivasi communities without recompense. Indeed, the study noted that an estimated 40-80 million people globally are forcibly displaced due to dams, with an even higher number impacted by changes in river flow patterns.

What’s more, is that hydropower may not be as green as was once thought — their impact on the surrounding biodiversity may cause greenhouse gas emissions that could offset their low-carbon impact.

Experts are thus calling for an urgent reevaluation of how these targets are achieved without compromising on river ecosystems. “The best policy solutions will be those that balance renewable energy needs with the many benefits of thriving freshwater ecosystems,” Thieme said. To this end, some solutions that could achieve this balance proposed by the researchers include restoring rivers through an avoid, minimize, restore, and offset approach. This includes removing dams, considering alternate sources of renewable energy such as solar or wind, and situating dams in rivers where the impact on nature would be minimal.