I Tried Hypnotherapy to Manage My Daily Stress 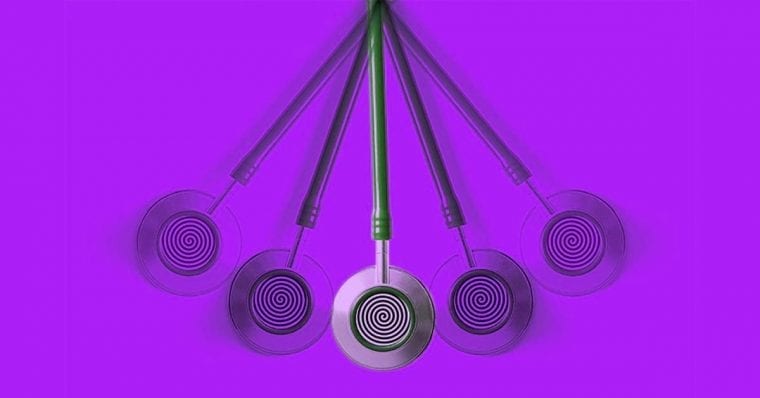 Recently, I’ve been in a bit of a rut with therapy. There have been no major points of conflict or contention in my life as of late, and it’s felt like therapy hasn’t been doing much to help me manage day-to-day stress. However, I believe in the notion that you should work on your mental health even when things are going well. So when I heard the buzz surrounding hypnotherapy reverberating through Mumbai, I thought it wouldn’t hurt to try it.

Mostly, I was curious. Hypnosis has forever struck me as a form of pseudoscience. The idea that a person can mesmerize and control you by swinging a clock on a chain felt like it should be reserved for books and movies, like Get Out. Trances, honestly, seem like fake news. If the recent trend in ‘hypnotherapy’ had any real ground behind it, I wondered, wouldn’t hypnosis have become way more popular? Wouldn’t it be used by doctors to cure insomnia, rehab clinics to cure addiction, even governments as a form of torture?

Given that my mind almost immediately went to that dark place, it’s fair to say I made an appointment with a Mumbai hypnotherapist with more than a healthy amount of skepticism. I chose this hypnotherapist essentially randomly, out of a group of four names I’d collected. (It was surprisingly easy to find recommendations.) Over the phone, I asked her if there was anything I needed to bring to our appointment. “Oh, nothing,” she told me. “Just a full belly and an open heart!”

Though this did inspire some giggles, I tried to head into the hypnotherapy appointment with as much of an open mind as possible. This proved tough, given that the logistics of the appointment did everything to suggest it was a scam: The appointment took place in the hypnotherapist’s living room, which required me to overcome my initial fear of being kidnapped. She was wearing a “J’aime Le Party” t-shirt, which did not inspire much confidence. Nor did the giant, shrine-like picture of her just inside the entrance.

After I sat down, she told me this would just be a “consultation.” I’d still have to pay full-price (Rs. 4500 — cash only, no receipt), but the “real” treatment would only start from the next session. When I asked if we could try a treatment at the end of this session, she said that we would need the whole hour and a half for me to talk about my life and my “issue.”

Hypnotherapy, she told me, involves going into a deep meditative state, and she needed to know about my life in order to guide me through it. She explained that she did past life regressions, as well as “inner child work”: In deep meditation, memories will surface from your early childhood and your past lives. According to her, people behave differently in these meditative states.

This particular hypnotherapist seemed a lot like a psychic. Before I began talking, she told me, “I’ll be observing you — sometimes words aren’t the only thing to say things about a person. I’m reading your aura right now.” This is probably not the optimal way to make a patient feel comfortable, but I soon figured out that was not her intention.

Like any snake oil salesman, this hypnotherapist operated by trying to make you feel bad about yourself, in the hopes that this will make you seek treatment more desperately. “There’s no judgment here,” she said, after I’d spent 10 minutes explaining I don’t really have an “issue” right now, but I am struggling to manage stress. What followed was pure, unadulterated judgment. For the remaining 80 minutes of our appointment, she spoke – and since I didn’t give her any clear problems to work with, she created some.

According to her, I had low self-esteem, was arrogant, and had problems communicating. “Your throat chakra is blocked,” she told me.

When I told her that I didn’t really have a problem with being arrogant — isn’t that what women are called when they aren’t afraid of expressing their opinions? — she told me I was getting defensive. “You have trust issues,” she said. At this point, I figured it was best to just let her do the talking.

“You’ve asked for all the bad things that have happened to you,” she told me. I probably looked alarmed at how anti mental health this statement was, because she quickly said, “I’m not saying you’re responsible.” Wasn’t she?

The hypnotherapist then took me through a theory of human existence that incorporated reincarnation, karma, and the Big Bang theory. You’ve asked for everything bad that happens to you, she explained, because souls predetermine their own lifetimes on earth, and erase their memories so they don’t know what will happen in the next. The implication was that, in a state of hypnosis, you are able to gain access to your soul’s “memory chip.” When I asked her where she learned all this, she said she’d been trained at the California Hypnosis Institute (which, she failed to mention, has a branch in Mumbai).

Of course, it’s totally fine to have a way of making sense of the world and our own existence — that’s what most religions do. It’s less fine to use it as a way of manipulating your patients into depending on you for treatment.

That manipulation can be especially harmful when the treatment is full of false claims that run counter to a basic understanding of mental health issues. The hypnotherapist stated that panic attacks are brought on by your own lack of self-esteem. (Incorrect.) She talked about how clinical depression is diagnosed through a written test you have to complete in a certain amount of time, like an exam. (False.) She constantly leaned on vaguely Freudian ideas, even though psychology has moved away from Freud’s school of thought, and many of his theories have been debunked. When, after I told her I was at peace with my ex-boyfriends, and she immediately asked what my relationship with my father was, I almost laughed out loud.

It became clear that I’d unwittingly selected a hypnotherapist who had absolutely no understanding of the mental health field. It didn’t seem like she had ever been to a psychotherapist or psychiatrist herself. But she made it known that she thought “mainstream” mental health treatments were ineffective — her way was the only way.

It’s worth noting that the Rehabilitation Council of India regulates practicing psychotherapists, though levels of qualification can vary greatly. However, you do not have to be a qualified professional to be a hypnotherapist. Some hypnotherapists are certified clinical psychologists as well, but there’s no regulation around hypnotherapy in particular. As a result, there’s no way of knowing what to expect when you walk into a hypnotherapy appointment.

In my case, I was lucky enough to get someone who justified Hitler’s actions with speculation on his past lives, and who essentially compared my “arrogance” to pedophilia. “I had a pedophile patient once,” she told me. He came in for ulcer treatment, but ultimately he realized there was something wrong with his sexual impulses and asked to be treated for that, too. I might be comfortable with my arrogance now, she said, but just like him, after a few sessions, I would convert, and want to be “cured.” No judgment, though.

So far, there is next to no research suggesting that hypnotherapy can cure you of anything. Studies have found that hypnosis has no proven efficacy. We only know that it can sometimes work through the power of suggestion, in a similar way to the placebo effect: Hypnotherapy may be able to help you if you believe that it can help you.

As a result, the practice of hypnotherapy is based on your ability to trust the hypnotherapist completely. Every time I displayed signs of uncertainty, this hypnotherapist responded with aggression. You should trust your mental health professional to some extent, but you should never trust them blindly, as hypnotherapy seems to require.

Hypnotherapy is a last resort for many — those who’ve tried everything and haven’t been able to find solutions. If you’d like to try it, proceed with caution. When making an appointment, don’t be afraid to ask the hypnotherapist what their qualifications are. If they mention a hypnosis institute, be aware that courses can be as short as two weeks, and there is no degree in hypnotherapy. If they respond aggressively, hang up and find another. Most importantly, I would suggest that it’s not your only form of treatment; for example, see a psychotherapist or psychiatrist concurrently.

As for me — I won’t be keeping my next appointment. Mainstream therapy has started to look pretty good to me again, but you can bet that during my next meditation I’ll be on the lookout for the memory chip in my soul.