In Euphoria Season 2, Everyone Is Back Where They Began 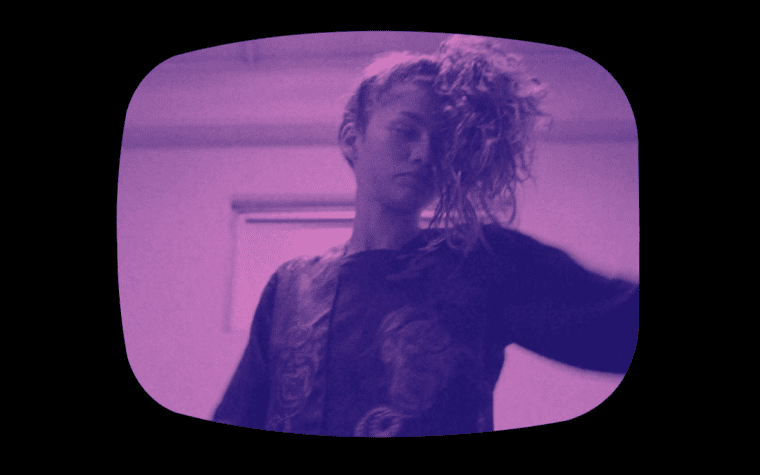 Ah, Euphoria. Season 2’s very first episode wastes no time reminding us that between drug dealings looming with the ever-present touch of fatal violence, and a high school new year party, the party emerges as the most terrifying sequence of events ever. True to style, the episode is a wash of drugs, sex, violence, hormones, and adrenaline all rolled up in a giant moshpit of supposed teenage bodies shot entirely in sexy mood lighting. We begin and end with the question: can anyone have a remotely decent time? It’s new year’s!

But alas, everyone is back where they began. The episode is ostensibly Fez’s, but it’s also about bringing in a new year without too much changing. Rue is is as vulnerable in her relapse as ever. Cassie is stuck between wanting badly to discover who she is on the one hand, and feeling the need to “perform” who she is for boys. Maddy is as abrasive as ever, seemingly in the familiar limbo of not being Nate’s girlfriend that she struggles to get out of. Nate is, well, horrifying. And Jules is as dreamy and as Rue’s “light at the end of the tunnel” as ever. We hope that most of these people find some levity and joy, but they find it in the form of euphoric highs, balancing precariously on a cliff dropping into crashing lows.

Somewhere, deep down, these feelings of insecurity, self-identity, jealously, passion, confusion, lust, and hate, do cut to the heart of the teenage experience. But Euphoria, in trying to portray the dark edges of this time in a person’s life, manages to distort them beyond recognition. It is the evil twin of saccharine, bubbly high-school film and TV — a refreshing perspective, no doubt, but which gets tiring a whole season in. And it appears that season 2 aims to turn up the darkness several notches indeed.

“My goal tonight is to black out this entire fucking stupid year,” says Jules, which, given the year she’s had last season, is understandable. It is also perhaps the only relatable thing coming out of a teenager’s mouth in this entire episode. But we digress.

We start with Rue (yes! She’s alive!) narrating Fezco’s origin story. We leave Fez, TV’s favorite drug dealer, in season one about to get raided by the cops and in mortal peril. It turns out that the comatose grandmother he spends his time nursing was a total badass, stomping around with guns and machetes with young Fez and quipping life advice (“There’s a short supply of kindness in this world. People sniff it out and swoop right the fuck in”) on the way to the casual Tuesday drug war. Love her maternal instincts.

HBO spends this montage jumping to remind us at every turn that, yes, this is a gritty and dark show. Yes, there are strippers and disheveled sex workers to, perhaps, underscore the “moral decay” of this world. Yes, of course, there are guns and shootouts with badass lines from gangster grandma. No, Quentin Tarantino was not involved, why?

We then learn how Ashtray, Fez’s younger brother and unnervingly young drug lord, came into his life. He was left as collateral and was never taken back, and Fez meets him one day as he lay in the middle of a hallway, crying. This is perhaps the only character on Euphoria who is not meant to be relatable to many. As someone who grew up in difficult circumstances that very few can understand, season 2 beginning with Fez’s story is a refreshing break. But we don’t learn much beyond the facts of his childhood, the way we get a chance to understand other characters in season 1.

But back to the show. We also have a throwaway comment on McDonald’s killing people and the utter powerlessness that any individual has to do something about it. Agree, but okay?

Rue helpfully informs us that life got harder and more complicated for Fez, even as we can literally witness him dealing life’s truly terrible cards. But she also adds: “He wondered how his grandma would deal with someone like Nate” – so do we, Fez. So do we. And by the end, we find out how indeed.

Cut to a truly chilling scene involving a new drug lord in town – and Rue is later impressed that this is a woman. It is unclear what the point of this was — is it a new villain for Fez’s plot? Can he please have some normalcy? But go girl(drug)bosses!

After this brief introduction to Fez’s dark and dangerous world, we’re taken to a high school new year’s party. The episode is divided into two neat halves: Fez’s dark, dangerous world, which is then juxtaposed with that of teenage conflicts blown way out of proportion. At the party, it says something that the latter is given as much weight as the former. Coming away from it, we sit uncomfortably with the fact that Fez is the most decent character in the show, and yet is the only one who is not allowed to have the relatively frivolous problems of his high-school counterparts.

Rue, Fez, Ashtray make their way there in a daze, with Rue expecting to see Jules – her former best friend and girlfriend, played by the ethereal Hunter Schafer. Jules is indeed here with Kat and thank god, they both look happy for once! No matter that everyone else – especially Rue – is getting absolutely hammered by cocktails of drugs in an assortment of spare rooms. Who knew this show allowed people to be teenagers with a healthy high?

Then, there is Lexi, who you will remember is Cassie’s sister and perhaps the only relatable character in this entire show. Cassie is nowhere to be found at this party – turns out she got off at a random gas station after a fight with her sister – only to be found by Nate. Oh dear.

Cassie informs Nate that she is focusing on herself, relationship status-wise to keep herself from making mistakes and “not learning from them.” Good for her, and we were really rooting for this, except three minutes later they’re hooking up in the bathroom at the party. Here is where things get genuinely terrifying for poor Cassie. I’m not saying that she was right in hooking up with her best friend (Maddy’s) sociopathic ex, I’m just saying that she deserves a break. To hide her betrayal, she hides in the bathtub while Maddy uses the bathroom and, later, shares a joint with a random guy for what feels like an excruciatingly long time to share a joint with someone.

This whole time, Lexi is trying to call Cassie, and Cassie is stuck in the bathtub like this is a horror show – which, yes, it can be argued that it is. Her phone buzzes, her cover is almost blown, we watch in helpless horror as the shower-curtains are drawn back. Meanwhile, Lexi and Fez get to talking and this, along with Jules and Kat dancing away happily, is the most wholesome part of this episode. These four make up the four chambers of the giant beating heart at the center of this episode – which is the deep vulnerability in joy, because of how fleeting it is in this dark and violent world.

Speaking of hearts – Rue’s heart rate slows down from something she is snorting with a random boy near the washing machine. She promptly gets it back up with a shot of Adderall, sighing “there it is, there’s my heart,” juxtaposed with Jules looking for her. This is a moment that makes us wish Euphoria had more of them. But this is Euphoria, so we have more moody, sexy lighting, glitter, and Zendaya’s perpetually high-out-of-her-mind face.

In this uncanny valley where nobody even vaguely looks like the teenagers they’re supposed to be, Lexi and Fez continue the only regular and relatable conversation of the day. There is a McDonald’s being infallible commentary here too, which, okay! Cool. I want to watch these two talk forever, but Euphoria won’t let me have that. Euphoria will instead cut back to the terrifying hostage situation that Cassie finds herself in, which makes me want to bite my nails cleanly off. Will Maddy see her? Turns out, she won’t. There isn’t air enough that comprises the collective exhale at Cassie’s release from this horrible, horrible time which somehow is the nerve-wracking part of a plot that involves guns, killing, drug wars, and more.

I am tired of the teenage drama on steroids! Can we go back to Lexi and Fez, and stay with Fez telling her that talking to her was the best part of his year? Apparently we still cannot. Shortly after exchanging numbers, Fez brings in the new year by smashing Nate’s face to within an inch of his life. We are vindicated but for a moment, because who knows what American psycho (Nate) will do in return? We are riveted yet scared, at this conclusion to an episode that was bookended with Fez’s demons in constant battle with his heart.

Rue, who has just kissed Jules and seemingly won her back, can only say “damn.” Same, Rue, same.