Can Women Who Need Mental Health Medication Keep Taking It During Pregnancy? 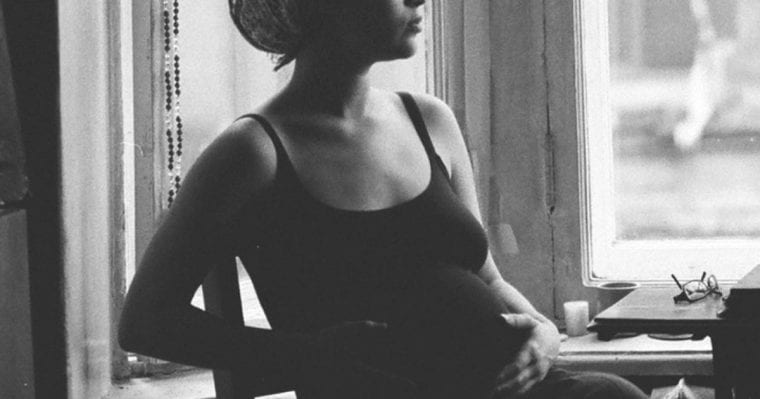 In the documentary Moms and Meds, filmmaker Dina Fiasconaro features Victoria, a New Jersey dancer with a history of depression, anxiety, and eating disorders. She wanted to start medicines for these mental health problems during her pregnancy, but ended up having to wait. Another mom-to-be in the film, Angela, was on multiple medications when she got pregnant but opted to wean off everything but Lamictal, an anticonvulsant for treating her seizures.

Although Fiasconaro says that things turned out well for Victoria, Angela, and the other women featured in the documentary, they represent a group of women who have some form of a mental illness and who find themselves confused by contradictory advice regarding how to have a healthy pregnancy, while simultaneously holding onto their mental health.

In India, nearly 14% of the population has a mental illness, of which at least 10% require immediate intervention, according to a 2016 study published by National Institute of Mental Health and Neuroscience (Nimhans). But the overall burden of poor mental health is higher; in 2017, the WHO estimated that 20% of Indians may suffer from depression at some point in their lives.

Unfortunately, there are no clear guidelines for women in these groups who take medication to manage their depression, schizophrenia, bipolar mood disorder, post-traumatic stress disorder or other mental health condition, and who also want to conceive.

This leaves them at the mercy of various online portals. On these platforms, you will find people who feel guilty about continuing to take their mental health medication during pregnancy, and those who are okay with continuing their medication. There are some who stopped medication, had a bad episode, and went back on their medicine, all while pregnant. Then there is yet another group who stayed off their mental health medicine during their whole pregnancy, but went back on after the baby was born.

“One thing is for sure, nobody had the right answer, because the right answer is whatever works for you,” says one such mom, Krishna Valecha, who has had depression for five years and read up a lot on these forums before deciding to get pregnant. “Thankfully, I had a sensitive gynecologist and a psychiatrist duo who told me that having a baby while depressed was going to be hard but not impossible.”

“It’s a myth that women with mental health conditions or those on medicines shouldn’t get pregnant,” says Dr Nand Kumar, a professor at the department of psychiatry of Delhi’s All India Institute of Medical Sciences (AIIMS).

But the expert duo is critical, since managing mental health and conceiving and carrying a baby is a highly individualized process. Dr Kumar says the first step of any woman on mental health medication and wanting to get pregnant should be to involve both her psychiatrist and gynecologist in her decision to conceive — before actually attempting to do so. If the consensus with her medical team is to quit medication, it is ideal to wean off over three month ahead of conception, he says.

Dr Sushma Tomar, an obstetrician and gynecologist at Forts Hospital in Mumbai says, “Normally, a couple would approach a gynecologist [first], but for women with a history of mental health issues, a consultation with a psychiatrist should be the first step because they can adjust medicines, doses based on the patient and the severity of the condition. It’s important for the mother to be healthy to give birth to a healthy baby, not only physically but mentally as well.”

For most women, Dr Kumar says, the question of modifying or quitting medication won’t even arise.

But it’s still an important conversation to have with your psychiatrist before taking any decision, as he or she is the one who will know which mental health medications are safe during pregnancy, and which are not. “Whatever may be the case, don’t alter your drug treatment or stop taking treatment without specialist advice, especially during pregnancy,” Dr Tomar advises.

For women who do need to stop or curb their mental health medication during pregnancy, there are options to continue treatment; techniques such as modified electroconvulsive therapy, or transcranial magnetic stimulation, are considered some of the fastest ways to relieve symptoms in severely depressed or suicidal patients, and can also be effective for those who suffer from mania or a number of other mental health illnesses, says Dr Kumar.

And of course, there is continued therapy. For Valecha, who has a healthy five-month-old baby, working hard at therapy throughout her pregnancy enabled her to stop her medication for nine months. After giving birth, she resumed taking it, but also continues the methods she used during her pregnancy to manage her depression. “I try to eat healthily and exercise as much as I can. And I’m starting to increase my social support system beyond the confines of the internet, which has been helpful but also daunting,” she says. “And although I feel good now, I don’t take for granted that it could all change.”