Is This Normal? “I Have to Write Things Down in Order to Remember Them” 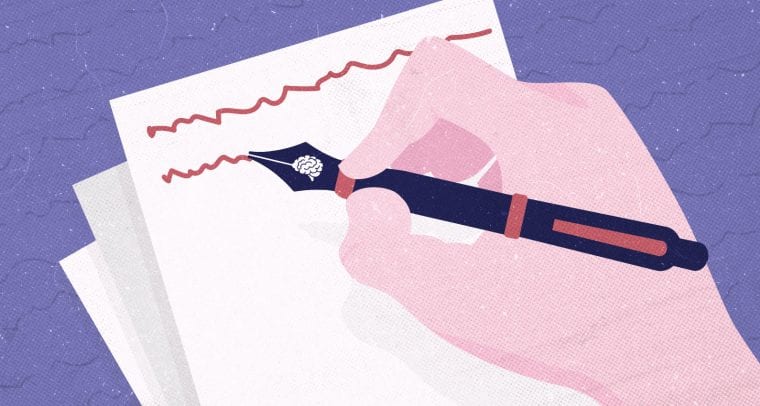 My memory problems are well documented on The Swaddle, but there’s a unique version that feels particularly abnormal that I’ve yet to explore: I struggle to remember things — dates, times, to-dos, thoughts, plans, anything really — unless I write them down. If I make a note by hand, I’m 90% likely to remember its content. If I don’t, well, I’d like to say it’s 50-50, but it’s probably more 30-70; the information just doesn’t stick. This situation feels like a hopelessly analog anomaly in today’s world of typing and texting, and I regularly invest in sleek little notebooks just to minimize my embarrassment of them. Does writing help me remember, or is it something else?

Writing by hand really does have an effect on memory, according to multiple studies. The most widely cited is a 2014 study that examined note-taking via pen-and-paper versus on a laptop among 300 U.S. college students. Researchers found that students taking notes the old-fashioned way were more able to correctly answer questions about the lecture they sat through. The team credits this to the fact that handwriting notes is a slower process, which means in order to keep up with the speed of the spoken word, students would analyze the information and rephrase in real time in order to capture the points most efficiently. By contrast, students taking notes on laptops would take more notes; particularly speedy typers would create a verbatim transcript. But without the need to synthesize the information as part of the note-taking process, they retained less knowledge from the lecture.

My daily-life notes are certainly not as complex as a college lecture, but there’s evidence that just the physical act of writing may exercise and boost our working memory (that is, all of the short-term information we retain and require to live our lives and do our work without devolving into hot, forgetful messes).

“When we write by hand, we have to coordinate verbal and fine movement systems,” Helen Macpherson, PhD, of the Institute for Physical Activity and Nutrition (IPAN) at Deakin University, told HuffPost Australia in 2016.

The complexity of this coordination results in “body memory,” Edouard Gentaz, a professor of developmental psychology at the University of Geneva, told The Guardian in a 2014 article that explored handwriting within education. “Some people have difficulty reading again after a stroke. To help them remember the alphabet again, we ask them to trace the letters with their finger,” Gentaz added. “Often it works, the gesture restoring the memory.”

How Forgetting Makes You Smarter

By contrast, typing or texting just involves identifying the right letter. And working memory alone involves no physical reinforcement whatsoever. I like to think of the difference between handwriting, typing and remembering without any textual aid as the difference between cooking yourself a long and complicated meal, buying something from a vending machine, and being fed by an IV. Which is more likely to stick? In which process would one really learn?

This “body memory” activates different parts of the brain than mere identification/typing does, according to functional MRI scans. And it’s staying power has been borne out by other studies that taught letters to children too young to read and taught letters from unfamiliar scripts (Tamil and Bengali) to English-speaking adults. In both scenarios, the children and adults who had learned to handwrite the new characters were better at identifying them than those who had learned via keyboard.

Ultimately, however, the biggest benefit handwriting may give to my memory is a fake-out: the ability to refer to my notes and, thus, provide a reminder that aids recall. In this way, while writing helps me, as an individual, remember, it may actually degrade humanity’s overall memory. Handwriting, as much as punching in a calendar reminder to call your mom, is a technology that has allowed humans to rely less and less on pure memory.

In a different 2014 study that compared the recall ability of people who took handwritten notes with people who had to rely solely on their working memory, the note-takers, whose notes were unexpectedly withheld after the exercise, floundered on follow-up tests compared to the non-note-takers. In other words, they had relied on the technology that would assist their memory, rather than on their own brains. Which means while handwriting is more supportive of memory now, there may come a day when someone asks, “I can’t remember anything without typing it into my phone. Is this normal?” and the answer will be yes.

Is This Normal? | memory | Who Writes Anymore?