Is This Normal? “Every Time I Start to Feel Happy, I Get Scared Bad Things Will Happen” 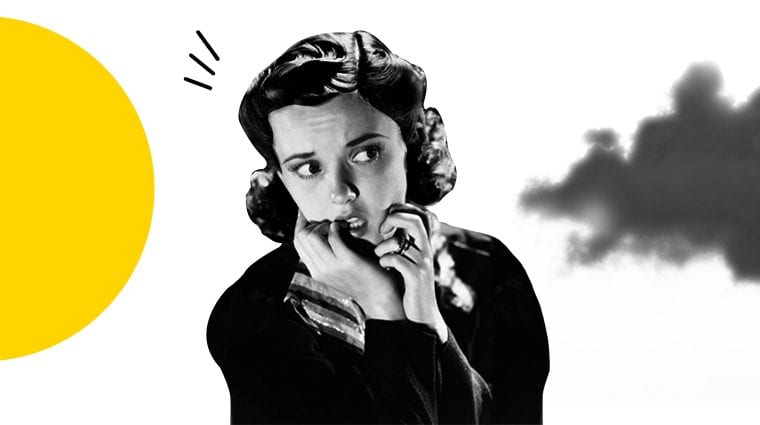 Happiness scares me. Every time I have a great weekend with my partner, I begin worrying that we’ll fight soon. Everytime I’m praised at work, I almost start hyperventilating about how I will completely screw up the next task at hand. Before lockdown, on my way home from every great Sunday-brunch with my friends, I remember getting anxious about everything under the sun, ranging from how my friends will possibly fight with each other, and we’ll never have another fun outing, to how my friends will realize that, perhaps, they don’t really like me, and stop including me in parties. Even in the midst of having fun, I find myself worrying about everything I’m not doing, and start feeling guilty about it.

Is it just me? Turns out, there are others, too, who experience this irrational fear of being happy. It’s called cherophobia, which literally means ‘fear of rejoicing’, and some experts recognize it as an anxiety disorder — although it isn’t defined by the DSM-5. The belief that happiness is followed by bad luck can be result of formative childhood experiences establishing links between pleasure and pain, which, eventually, become associated more intrinsically in the brain. As a child, punishment following revelry with friends, or being ridiculed for an achievement or an idea that one was excited about, could form a loop that endures the test of time. “It might seem unusual for someone to fear this positive emotion. If it is due to a happiness/punishment link in childhood, it could be more common than we think,” Carrie Barron, psychiatrist, said.

Further, explaining how it isn’t unusual for many to be plagued by anxiety immediately following “good news or hard-earned success,” Carla Marie Manly, a California-based clinical psychologist, told Huffington Post how it could also be “a primitive response that’s hard-wired into the brain,” whose “fear circuit works very quickly,” and fails to differentiate between “feelings of excitement (good stress) and panic (bad stress).” This is often the case with people, who live in a chronic state of anxiety. Moreover, for people, who regularly experience anxiety, during states of euphoria, the brain can race back and forth between feeling happy, fearing change, and worrying about self-sabotage — which could explain the anxiety one experiences upon reaching milestones.

Research also indicates that cherophobia is common in people suffering from depression, who believe that happiness cannot be stable or constant, and experiencing joy will lead to disappointment, or loneliness, or simply, some bad luck, or being let down. On the other hand, perfectionism, as a personality trait, can also induce cherophobia in some, due to the association of happiness with laziness, or unproductive activities — which could explain why one would find themselves worrying about pending to-do lists in the midst of a party.

While cherophobia doesn’t necessarily interfere with the quality of lives of those who experience it in milder degrees, it can require people who are more greatly affected by it to seek treatment. And experts believe that insight-oriented psychotherapy, or cognitive behavioral therapy, can be useful for them, in terms of understanding the root causes behind the negative associations between connecting happiness with pain. Exposure to happiness-provoking events that help people understand that happiness doesn’t necessarily have to have adverse effects can also work for some people suffering from cherophobia.

Now, despite being armed with the science behind cherophobia, I can’t say for sure that the next time I reach a much-awaited milestone, or receive a promotion, I won’t go down an anxiety-spiral. So, until I can, I am going to envy everyone, who even in 2020, doesn’t struggle with being happy and carefree.