Is This Normal? “I Hate Parties” 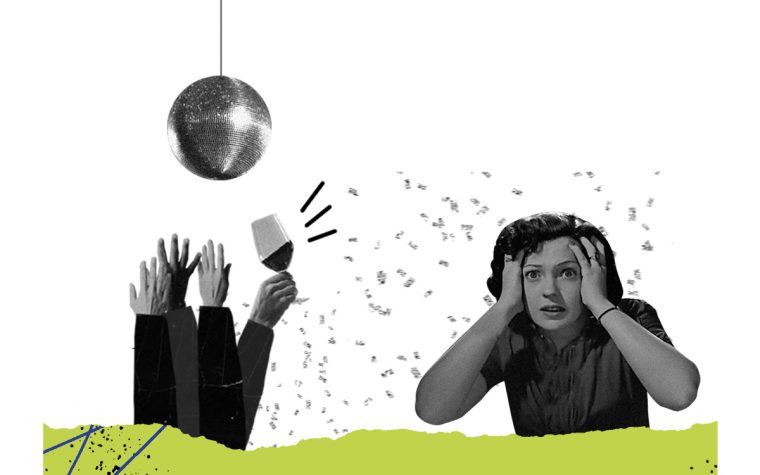 Most people in my social circle who’ve had access to healthcare are now fully vaccinated. So, the phenomenon of “partying,” which the pandemic had begun to render obsolete or, at the very least, something to be frowned upon, is making a comeback. And unlike, say, the rest of the world, I’m not too happy about this. Around mid-week, I find myself trying to preemptively generate excuses to avoid “making plans” and “meeting up” as I sit dreading party invitations — especially ones involving any more than four people.

Is this normal? Turns out, yeah, it kinda is.

“The few times that I’d attended parties like that (always motivated by the need to prove something), I got dizzy, bored, tired, and irritated. Voices in my head despairingly begged me to get out of there as soon as possible,” Virginia Miel wrote in 2018. “I feel like I should” is the most common reason why so many introverted people find themselves at parties, according to Psychology Today.

But what is it that makes parties such an uphill task to get through for people like me while so many others simply swear by it?

Social anxiety, of course, is one of the more obvious reasons. The persistent fear of being watched and judged by people can make social events almost nightmarish. Moreover, many anxious people also deal with the spotlight effect — a cognitive bias, where individuals grossly overestimate the attention people are paying to their flaws — compounding their anxiety around people. “With social anxiety, the spotlight is felt in a blazing, behavior-changing, self-conscious, judging, and ultimately paralyzing way,” explains Eileen Purdy, anxiety therapist, and author.

In addition, parties require you to dress up, but that itself brings in so many questions, and births so much anxiety. Am I looking too formal? Am I overdressed? Am I underdressed? Is there a chance my look will be interpreted as “asking for it”? If this wasn’t overwhelming already, for people struggling with body image, the process of getting ready to go out can be even worse.

Is This Normal? “I Hate Surprises”

Then, of course, there is the sensory overload that parties entail — from loud music to the sound of multiple people talking at the same time to the sound of glassware shattering from time to time because, well, most parties involve alcohol, which impacts people’s motor skills. Worse still, if the party is at a pub, then rapidly blinking overhead lights add to the sensory storm that was already churning.

Going back to drinks again, when people’s inhibitions are lowered, they often want to express just how much they love us. And as much as I might appreciate that, the hugs that come along with it are not fun for an autistic individual like me, who tries to shy away from physical contact as much as possible because of, well, sensory overload.

Moreover, at parties, there’s also the pressure to “appear” like you’re enjoying yourself. Miel says she was called out by an “extroverted” acquaintance at a party for spending time by herself in a corner. Upon explaining that loud music overwhelms her, she was told “When I get older, I want to remember that when I was young I knew how to have fun.”

My refusal to dance at parties — something I struggle to do because my limbs freeze to the extent I can barely manage to pour water out of a jug into a glass when I know I’m being watched — often elicits a similar response.

With my birthday just around the corner, I’m struggling to come up with ways to help people understand that I don’t want to celebrate my life through an activity I dislike. The irony is often lost on people since most look at parties as the only way to “have fun.” I mean, we have phrases meant to insult individuals who don’t like to party, don’t enjoy themselves at these events, or prefer to leave early because, well, their life probably doesn’t revolve around a gathering of drunk individuals talking loudly while hopping to blaring music. “Party pooper,” “boring,” and “grinch” are common insults. So is “antisocial,” despite its incorrect usage. “Hermit” and “homebody” are relatively uncommon, but well, they too have been used to make snide remarks about people like me.

There was a time when I preferred to just “fit in” than be mocked, but better late than never. Riotous fun isn’t everyone’s idea of fun, and that’s fine. This year, I’m planning to accept the “homebody” in me than succumb to social pressures — trying to pretend I’m anything like Deepika Padukone’s character from the first half of Cocktail. I’d like to sip my piña colada by myself at home in front of the TV, thank you.

alcohol | introvert | Is This Normal? | Party Of One | sensory overload | social anxiety