Step One Out of Many 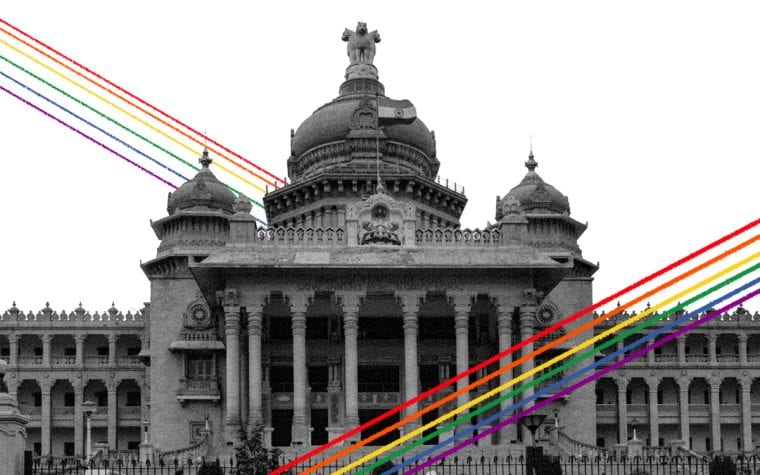 Karnataka government this week notified that 1% of all job vacancies in the public sector will be reserved for people from the transgender community.

This means 1% of jobs within the quota for the general category, Scheduled Castes (SC), Scheduled Tribes (ST), and Other Backward Castes (OBC) will be reserved for trans persons who belong to the respective communities. The decision comes as an amendment to Rule of 9 of the Karnataka Civil Services (General Recruitment) Rules, 1977, pertaining to government recruitment. The reservation applies to any service or post in all categories of employment to be filled through the direct recruitment process.

Moreover, recruiters will also be required to provide a separate column for applicants to apply as “others” in job listings.

“…in all direct recruitment, one percentage of vacancies set apart for that method in each of the categories of General Merit, SC, ST and in each of the categories among Other Backward Classes, subject to any general instruction that may be issued by the government regarding the manner of appointment, be filled from among transgender candidates,” the amendment reads.

As per the order, the government will follow the definition of “transgender” based on the Transgender Persons (Protection of Rights) Act, 2019, which categorizes trans persons as one whose gender does not match the gender assigned to them at birth. This includes transmen or transwomen, genderqueer people, those with intersex variations, and those who have socio-cultural identities, such as kinnar, hijra, aravani, and jogta. India accounts for almost 4,87,803 trans people, as of the 2011 census.

The state government had announced plans to carve horizontal reservations for trans people last month, in response to a petition filed by the NGO Sangama and an individual for not providing opportunities to trans persons. The petition noted the lacking reservation policies despite a landmark Supreme Court ruling in 2014.

In that judgment (NALSA vs Union of India case), the Supreme Court had mandated reservations in jobs for transgender people. The ruling recognized the rights of transgender people and said they should enjoy all fundamental rights enshrined in the Indian constitution. This also was the basis of the current petition in the Karnataka High Court.

The locus of reserving jobs and educational opportunities is critical to empowerment and more agency. An analysis of affirmative action like reservation policies in government jobs showed an increase in “the chances of representation of people from these groups because they have a higher probability of representation in government jobs than upper caste (unreserved) individuals after controlling for individual and household characteristics.”

In February this year, the central government had said it had no proposal to enforce reservation for the trans community at a national level. The Transgender Persons (Protection Of Rights) Act 2019 and rules under the legislation mandate the central and state governments to take up schemes that address access to health, education, welfare, shelter, and economic support for livelihoods, the government said in the Parliament, pointing out the Act doesn’t provide for explicit reservations.

The contentious Act has been criticized by activists and the trans community for multiple reasons — such as the criminalization of trans people, discrimination, and the lacking reservation quota for trans people despite the 2014 SC order.

While the Karnataka state government order is a step in the right direction, activists say they’re just breaking ground. “This reservation of 1% is a welcome move but it needs to go further,” Mallu Kumbar, State Coordinator of Karnataka Sexual Minorities Forum, told The News Minute.

“We also demand that a proper census be conducted by the community itself to know the percentage of population. Once the actual population share is known, then the percentage has to be set accordingly.”

reservation | Step One Out of Many | transgender