Kerala School Asks Students to Use ‘Teacher’ Instead of ‘Madam,’ ‘Sir’ 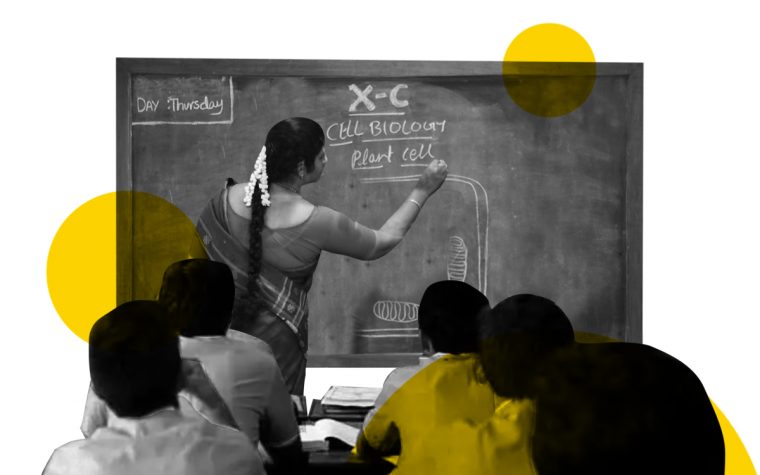 Doing away with gendered terms like “madam” and “sir,” a school in Kerala has asked its students to address both male and female faculty members as just “teacher” instead.

The 72-year-old Senior Basic School in Olassery, Palakkad district, which has 16 faculty members — nine women and seven men — teaching around 300 students from Classes I to VII, is reportedly the first in Kerala to implement such a decision in an endeavor to adopt gender-neutral terms from a young age.

Schools are adopting gender neutrality in different ways; some have chosen to modify rules around uniforms, others, like the present school, are making communication more gender-neutral. Looking at how gender biases flow through language is an important facet in recalibrating learning at a young level.

“When language serves as our primary medium of expression, it can become a necessary tool for promoting social change, and it must reflect the attitudes our societies aspire to,” an article on The Swaddle reads. While the Olassery school may not be the first in the world to encourage gender-neutral language, it’s decision is certainly a welcome one.

“Gender-neutral upbringing empowers kids to be confident in their choices and expression. It makes them open-minded individuals who can have stronger conversations to fight gender stereotypes and biases as they grow up,” Varsha Makhija, a clinical psychologist, had explained in 2019.

Parents, too, are attempting to reduce kids’ exposure to gender biases. “It could be buying my child gender-agnostic toys, or ensuring my partner and I truly share the load [so children don’t grow up believing there are gender-specific roles at home], or reading Rebel Girls to her instead of Cinderella,” Deepika K., a Bengaluru-based marketer, told The Economic Times. She believes “a kid not exposed to gender biases, roles and stereotypes will look at the world differently from us,” and that’s her objective.

The decision by a lower primary school in Kerala last year to introduce gender-neutral uniforms for its students was, reportedly, supported by 90% of the students’ parents.

According to some parents, gender-neutral uniforms may indirectly teach young, school-going students in their formative years that it’s okay to not conform to regressive ideals dictating how men and women must live their lives — besides allowing them to not feel confined to any particular gender identity.

The present decision by the Olassery school, too, has the support of the students’ parents. “We found no objections whatsoever in adopting the gender-neutral alternative. Even the PTA [parent-teacher association] readily agreed to the proposal,” H. Venugopalan, the principal of the school, told The Telegraph.

These instances suggest increased recognition of the benefits gender-neutral upbringing can have on the younger generation — and, eventually, on society as a whole. “Even if 40 kids are empowered with the message of gender equality, they’ll create a ripple effect,” Makhija noted.

The decision to revisit gendered language isn’t just an endeavor to eradicate gender bias, but also to do away with the colonial legacy terms like “madam” and “sir” signify. Reportedly, Venugopalan was convinced to make the decision by a teacher, Sanjeev Kumar, who, in turn, was inspired by a social activist Boban Mattumantha advocating against colonial salutations.

“These colonial relics must be discarded in the dustbin. More democratic and gender-neutral usages will help children respect each other irrespective of gender,” Venugopalan noted.

In fact, inspired by Mattumantha, the Mathur gram-panchayat in Palakkad, too, did away with the practice of using the terms “madam” or “sir” to address its members or its office staff — a decision that inspired Venugopal too. “These salutations and vocabulary of serfs, such as ‘humbly request,’ ‘with utmost humility’, ‘yours faithfully’, or ‘thou’ are straight from the king’s courts and colonial rule. In fact, why should we be ‘ruled’ and not ‘served’ in a democracy? It is our democratic right to be served by the government servants and our elected representatives, and not be ruled by them,” he added.

In September 2021, the Kerala High Court had also criticized the colonial hangover embedded in the privileged manner police officers conduct themselves around the citizenry. “[Such behavior] is anathema to a civilized and cultured force and [is] the relic of the colonial subjugation tactics,” Justice Devan Ramachandran, who delivered the judgment, had noted, adding that “they have no place in a free country marching in pace with [the] needs and requirements of the 21st century.”

Well, neither does gender bias. So, as we make our way through the 2020s, it is heartening to see institutions recognizing the problem with things we’ve come to consider “normal” despite the harm they pose to society. — besides coming up with measures to be done with them too.