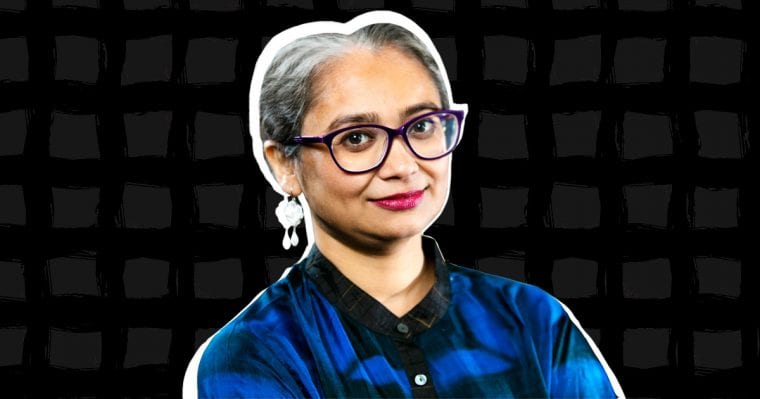 Manjima Bhattacharjya’s book, Mannequin, is a deep-dive into the Indian fashion industry. We talk to her about her experiences researching this world, the difficulties of seeing modelling as work, and the complicated relationship between fashion and feminism. The interview has been edited for length and clarity.

The Swaddle: During your nine years of research, you interviewed several generations of models, from the 1970s onwards. What changes has the industry gone through, with respect to the treatment of women?

MB: Early generations of models were treated like superstars – there were few of them, they did all the ads and so were the “face of their time.” There was no fashion designer – the local darzi was the designer. All this changed with setting up of NIFT, and emergence of fashion design as a vocation in the 1990s. With satellite TV, and opening up of trade restrictions, there was lots more to advertise, and lot more platforms for advertising to happen. Fashion magazines like ELLE also began in the 1990s. The modelling industry sort of boomed late 1990s onwards, and became diversified.

But as the numbers of contenders increased, the models began to lose the star status. Supply exceeded the demand for models in this phase. In the early 2000s efforts were made by models themselves to start an union so they would receive better and more professional treatment, but this initiative did not succeed. In the last decade more international agencies have come up, and the sector seems to getting more organized and professional. Still, a lot of modelling work has been taken by film stars and sports people, Bollywood has overwhelmed us, so the status of models is not what is used to be in the 1970s and 80s, certainly. 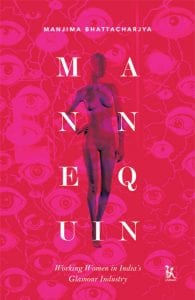 The Swaddle: What are we getting wrong about women working in the fashion industry? What are the kinds of misconceptions that are dangerous for women?

MB: Maybe the suggestion that what they do is not really “work” – just an exaggeration of “dressing up” or what women do anyway, in people’s heads. But it’s an industry and what models do is certainly work. There is the whole performative work, or physical and emotional labour involved in preparing for and performing at fashion shows and shoots. The networking and inculcating a commercially viable image, and the enterprise or business part of it, which is also hard work. Then there is which bucket of “modelling” they do – ramp, TV advertising, magazine editorials. The nature of work in all these areas are different. And then there’s the body work or “aesthetic labour” – like many in the service industry, the work involved in having to look a certain way. And that’s a lot of work! It’s not just vanity, it is their bread and butter, the source of their livelihood.

We’re blinded by the dazzle that hides the ugly realities of the powerlessness of the labour it runs on. This is probably true for many industries – not just the fashion world. And the difficulties in organizing for your rights under such a system, where there is an inherent and violent bias against unions and no alternatives to organize for workers’ rights.

Added to this is the stigma associated with this work that many women talked about, that it was not considered decent work – which meant they were not given respectability, and suffered the consequences of this stigma in their everyday lives.

The Swaddle: Were there instances when you were surprised by the things people said during interviews? Were there things you said that surprised them?

MB: A big surprise was that all models are not Xerox copies of one another! They have different body types based on the kind of work they do – ramp, print or TV modelling.

I was certainly surprised when some of them shared details of their surgeries – what a medical procedure it was with blood, painkillers, stitches – I think I hadn’t imagined it like that. They were often surprised when I said I didn’t want to take their pictures! Some found it hard to believe that I just wanted to hear them, speak to them, about their own lives, rather than take photos of them.

The Swaddle: The relationship between feminism and fashion is one of the book’s central concerns. Could you talk a bit more about the way feminists in India might have changed their views on the fashion industry over the years?

MB: Things are very different from 1996, when feminists in India organized nationally to protest the Miss World contest that was held in Bangalore for the first time in that year (organized by Amitabh Bachchan Corporation Limited or ABCL India). At that time, the concern was that a homogenous idea of Western “beauty” was being brought to India, and that it was a way of bringing India into  a highly exploitative international market based on the commodification of women’s bodies. It was a protest against the shift in priorities that the Indian state seemed to be making – from people to markets. In hindsight, I’d say they were right! That is what happened!

But feminists’ views on many things have changed over the years, including on the fashion industry. The feminist women’s movement has become more inclusive, more reflective, populated by all kinds of people. There is a real effort to understand how being Muslim, Dalit, queer, a person with disability, trans and so on make women vulnerable in different ways. There’s also a new generation of feminists in the movement that have a different relationship with their body and body image, and do not see a problem with dressing up or wearing certain kinds of clothes, or lipstick, that older generations may have. Although I think there is still space for more dialogue amongst feminists on their own relationship with their bodies, and body image. It’s an unfinished conversation.

For me personally, writing the book made me more empathetic and compassionate, and a more inclusive feminist. It’s made me more alert to how complicated women’s agency is. I have a greater appreciation for the struggle Indian women face to have financial independence. It’s made me realize that for women, the body is a resource and as feminists, we cannot ignore that.

The Swaddle: Perhaps, relatedly, how do we, as feminists, fight against the kind of objectification that the fashion industry encourages, without robbing the women working in it of their own agency?

MB: I think it’s important to acknowledge women’s agency, but choice does not operate in a vacuum. It’s influenced by many outside factors. The question of women’s agency and choice has been a thorn in our side for a long time – because as feminists, sometimes we don’t understand why women choose to do certain things that seem to be harmful to the bigger agenda for women’s rights. How do we account for the agency of women returning to violent partners, of women who decide to take on the hijab, of women who choose to be mail-order brides or sex workers?

In my research, for example, I found that young women weighed various options and took a balanced approach in deciding to undertake shoots or shows that involved wearing revealing clothes, or making suggestive poses, ‘performing sexuality’ as I term it, even though these would invariably lead to negative consequences in their real lives. Their decision to do such work was based on a set of variables that they carefully considered. Initially, it was difficult for me to see this as ‘agency’ in the classical way (in one stream of feminist thought, they would be only objectifying themselves to sell certain commodities), but there was little doubt that women were certainly exercising some sort of agency in their bigger goal to maximize their own opportunities. But this is what we all do, right? Try and make the best of what we have.

It’s a difficult question – what do you do about the macro system which is damaging ecosystems, changing social values, breeding as you say, consumerism, alienation and violence, but which simultaneously creates opportunities for people at the micro level to fulfill certain ambitions and do the best they can with their lives?

The Swaddle: In the book, it seems like the Indian fashion industry is still in denial about the consequences of eating disorders and mental health issues within their ranks. During your researching, did you see any change in mindsets towards this?

MB: At the time of my research, most people I interviewed did not feel anorexia was relevant to India – they felt it was a Western problem. Like one of my interviewees said, “No one in India has died of anorexia yet, but they have in the West.”… Even today, I think the perception in the industry is that eating disorders are a Western issue, so, yes, I think there is a denial around this. But thanks to the internet, I think there’s also a strong movement around body positivity, which has made a difference to the discourse.

On mental health, I think if I had done the research today, I would have asked many more questions around mental health, whereas at that time (in the mid 2000s) it was not on my or other people’s radar in such a strong way.

The Swaddle: With the current explosion on Twitter of women outing predators who work in the media industry, I wonder — do you think there will be a MeToo moment in the fashion industry? Or is the power imbalance and the informal nature of employment too shaky for survivors to risk speaking out?

MB: So much … is changing so fast. So one never knows. For women in the industry, I think there is an additional stigma that prevents women from speaking out – women have to face this attitude of the public that models are “loose women” because they wear all kinds of clothes that the job demands, or perform sensually. This is a hyper amplified version of “slut shaming” or victim blaming that they might face.

At the time I did the interviews, women did talk about harassment (in hushed tones, or after some trepidation). Some also said it was much more in the film industry, and less rampant in modelling – because the stakes were so much higher in the film industry. Others spoke about modelling agents who would offer extra money to them to go out with clients for “dinner” and so on. They often told their friends about it if they experienced something and warned them. We have a word for it now – “whisper networks” – we didn’t have a conceptual word for it then!