No Veggies For The Bros

Meat and Masculinity: The Tired Trope That Won’t Go Away 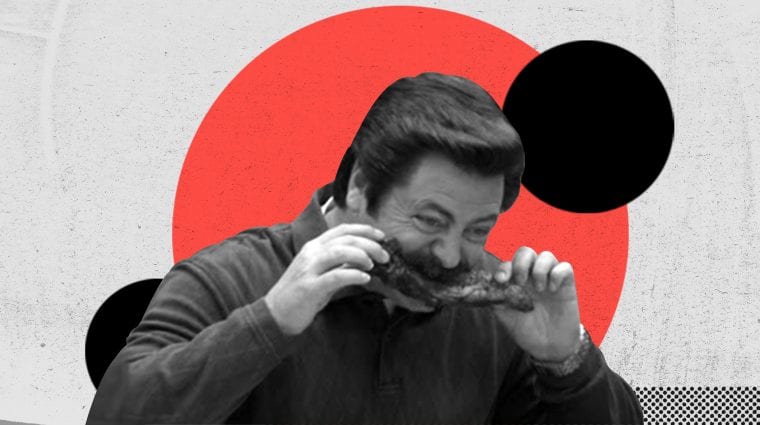 Singer James Blunt recently revealed that he developed scurvy when, for about two months in college, he only ate meat and condiments in an attempt to separate his identity from many female vegetarian/vegan classmates. A few weeks ago, controversial psychologist and traditional masculinity advocate Jordan Petersen and his daughter Mikhaila Peterson said they only ate eat beef, salt, and water, with tall claims about how it cured many of their physical and mental ailments.

Meat is a loaded subject in 2020 — the meat industry’s production rate is negatively impacting the planet’s resources. Plus, meat-eating remains at the heart of sectarian and communal discord in countries, including India. However, the gendered distinction between meat-eating habits is more universal. Unfortunately, this halts healthy dialogue around alternatives to meat consumption. Plus, it gives sham artists like Mikhaila Peterson space to promote heavily nutrient-imbalanced beef-only diets and get paid for it.

In Distinction: A Social Critique of the Judgement of Taste, French sociologist Pierre Bourdieu wrote, “Meat, the nourishing food par excellence, strong and strong-making, giving vigor, blood, and health, is the dish for the men.” Culturally, meat is a symbol of vigor and dominance, with its consumption both placing human beings at the top of the food chain and filling human bodies with proteins and fats required to do high energy work.

While both men and women eat meat, the symbolism of meat is heavily masculine. A study confirms that men who don’t eat meat are seen as significantly less masculine than those who do. Another states that men and women perform gender identity via maximizing and minimizing meat consumption respectively. Writer and animal rights advocate Carol J. Adams also made a critical observation in her book The Sexual Politics of Meat — women and meat are seen as things men consume to have power over and consuming both in high quantities is a symbol of virility.

Meat marketers naturally leaned into this stereotype, further heavily perpetuating it. However, this isn’t a relic of sexist 20th century ads. In 2016, Nando’s India put out an ad with the following copy — “We don’t mind if you touch our buns, or breasts, or even our thighs. Whatever you’re into, enjoying any Nando’s meal with your hands is always recommended.” Here, cheeky copy about meat that also alludes to objectifying women is targeted at men. In 2018, a particularly Islamophobic scene in the Bollywood film Padmaavat shows antagonist Alauddin Khalji consumes meat in raw, powerful bites to signify his status as a barbaric conqueror. Here, the way he consumes meat tells the audience that he is a hypermasculine ideal — capable of brutality and not someone to mess with.

With respect to internet culture, we have the soy boy meme — a means to put down soy — a vegan alternative for meat — as a non-masculine food to eat. Pseudo-scientific and false claims about soy range from it causing cancer to it causing men to grow breasts and produce more estrogen. However, such aggressive posturing about meat and meat alternatives points to a bigger problem — the need for men to steadfastly preserve their masculinity. According to a 2018 study, men ate red meat more when they felt their masculinity was threatened. In this case, the meat acted almost as a coping mechanism against the stress incurred for not being masculine enough. Reconfirming one’s manliness via meat only diets, as in the case of Blunt and Petersen, fell flat as it eventually took away the vigor and good health that meat supposedly lends to the human body.

While the question regarding the ethical nature of meat consumption is still under debate, it is fairly clear that certain traditional ideas of masculinity are offensive, harmful, and manage to stem progress. Though the problem may present as something men must solve, men are also heavily penalized for deviating from gender stereotypes by both fellow men and women. Thus, banishing stereotypes like ‘meat is for men’ will only happen when people, regardless of gender, unlearn harmful gendered notions and open up to less aggressive ideas of masculinity. Nobody really wants scurvy, do they?

masculinity | meat | No Veggies For The Bros