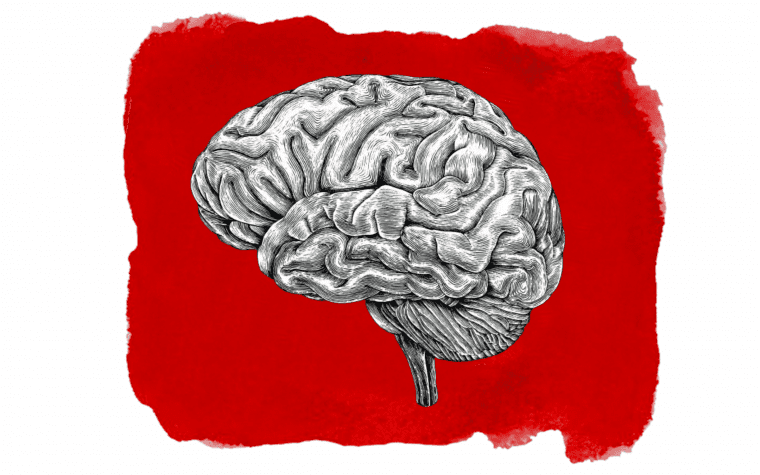 Tangible changes take place in both the structure and connectivity of the brain as individuals approach menopause, according to a new study that has brought forth both good and bad news about how the human brain alters post menstruation.

During perimenopause — the stage right before menopause when hormones begin to fluctuate and periods become irregular — both the gray and white matter in an individual’s brain decrease. Researchers have also observed declining glucose levels in perimenopausal women — especially in parts of the brain associated with memory and perception. As a result, experts note that many menstruators experience depression, brain fog, and the inability to focus during perimenopause.

Published last week in Nature’s Scientific Reports, the new study, however, also found such changes to be temporary — with the brain eventually figuring out a way to compensate for them. “Our study suggests that the brain has the ability to find a new normal after menopause in most women,” Lisa Mosconi, associate professor of neurology and director of the Women’s Brain Initiative at Weill Cornell Medicine in New York, who also led the study, told The Wall Street Journal.

Mosconi and her team performed brain scans on 160 women aged between 40-65 years, and compared the results to 125 men of the same age to arrive at their conclusions. “What was really eye-opening was that the gray matter of the brain was high in premenopausal women, dropped during perimenopause, and then in many parts of the brain either stabilized or even recovered after menopause,” she added.

Moreover, during the transition into menopause, human bodies also ramp up blood circulation in the body and boost the production of ATP, or adenosine triphosphate, described as the “energy currency” of cells — which further explains how the brain adapts to this change.

However, for about 20% of the women included in the study, there was no significant recovery in the levels of grey and white matter post-menopause.

But that’s not the worst bit of news to come out of the study — some menstruators were found to develop a higher risk of Alzheimer’s during this stage. “For women with a predisposition to Alzheimer’s disease, there’s a tendency for women’s brains to start accumulating Alzheimer’s plaques during the menopause transition,” Mosconi said.

In women who had a gene associated with a higher risk of developing Alzheimer’s, brains were found to amass more plaques of a protein called amyloid-beta during perimenopause. Amyloid-beta is a naturally occurring protein in human bodies, but abnormal levels of it can clump together to form plaques that disrupt cell function by accumulating between neurons — resulting in Alzheimer’s. Generally, estrogen protects female brains from aging and stimulates neural activity — along with preventing the buildup of plaques that are linked to Alzheimer’s disease. But its levels fluctuate during perimenopause, and decline after menopause, experts note.

“We need a better understanding of who is vulnerable to persistent menopause-related cognitive changes and why, so that we can personalize strategies for maintaining cognitive health into the post-menopause,” Pauline Maki, former president of the North American Menopause Society, who led a separate study investigating whether cognitive declines can linger into post-menopause this April, told The Washington Post.

She believes mental health disorders, exposure to trauma, and infections like hepatitis C and HIV can make menstruators “more vulnerable to longer-lasting cognitive changes in menopause.”

In order to understand the link between Alzheimer’s and menopause in menstruators, as well as the reason behind the brains of some individuals not recovering from menopause-induced changes, further studies are required.

Jill Goldstein, a professor of psychiatry and medicine at Harvard Medical School, who wasn’t involved in the study, told The Wall Street Journal: “There’s a great deal of variability in postmenopausal women in how we maintain intact memory function. We need to dig deeper into what are the mechanisms involved so that we can enhance them.”