For The Long Haul

Backlash Against the #MeToo Movement Shouldn’t Overshadow Its Significance, Successes 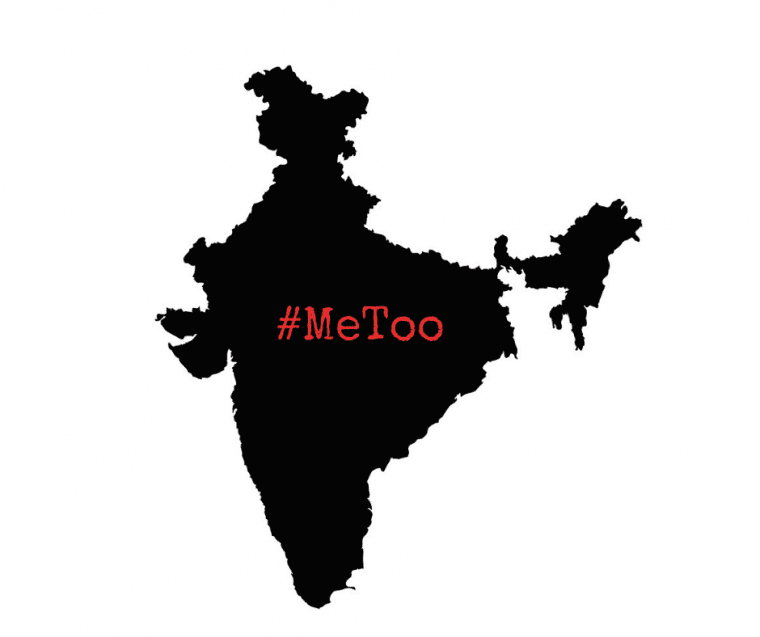 Last night, the #MeToo movement in India witnessed a quiet victory. Music composer and alleged sexual harasser Anu Malik was forced to step down as a judge on Season 11 of Indian Idol (a show he’s been on since its inception in 2004), thanks to the relentless and persistent fight for justice by singer Sona Mohapatra.

Mohapatra had first accused Malik of sexual misconduct in 2018 when the movement was picking up steam in the country. Emboldened, singers Neha Bhasin and Shweta Pandit also spoke up and alleged sexual harassment against Malik. Then, too, he was forced to step down from last year’s season of Indian Idol — but when he was reinstated again this year, without blinking an eye, Mohapatra picked up the fight again.

She petitioned the National Commission for Women and the Union Women and Child Development Minister, Smriti Irani, to take cognizance of Sony TV’s continuing interest in having Malik judge a singing show for youngsters, despite multiple women accusing him of sexual misconduct; she mustered public support on social media for her demand that Malik be dismissed a judge in the lead up to last night. All this at a time when it was probably easier for her — and the women who supported her claim by adding their voices — to give up, given how, in the last year, more men accused in the #MeToo movement have resumed their normal, privileged lives than those who have faced consequences for their actions. After all, it is easier to keep fighting when proof of change and impact is clear.

The #MeToo movement in India is going through a period of fatigue, at best, or a period of backlash, at worst. After the high of 2018, when thousands of women named and shamed (often anonymously) men, especially powerful men, of sexual misconduct across industries, the movement entered a period of stasis. An unnerving and exhausted quiet has been building up throughout 2019, as the true scale of the movement’s impact — on both the accused and the accusers — is slowly unfolding. With no formal closure to most stories that came out last year, people — both men and women — are now questioning the movement’s authenticity, especially on social media.

The backlash has managed to gather institutional support: Subodh Gupta, artist and alleged sexual harasser, recently dragged an anonymous Instagram account to court for defamation; during the trial, the Court compared #MeToo’s anonymous allegations to “guerilla warfare” and denied the plea to keep the accusers’ identities a secret — lending weight to #MeToo deniers’ argument that women, under the guise of anonymity and the momentum of the movement, are making false accusations to exact revenge or capitalize on a trending topic to gain social capital. So much so that Mohapatra’s significant victory last night received little to no attention on social media platforms as compared to a parallel discourse about the ‘true colors’ of an apparently vindictive movement.

This backlash is disheartening, but normal. Susan Faludi, an American feminist journalist and author, put forward a theoretical framework for the concept of a backlash, in the context of the women’s rights movements in the 60s and the 70s — elements of which can be superimposed on the trajectory of India’s #MeToo movement to extract a big-picture understanding of social change. Backlash, according to Faludi, is borne out of the success of a social movement: one side makes claims and progresses, and another side feels excluded and threatened; when one group’s privilege is threatened, only to lift another group up, resentments and animosities are bound to build up. The pendulum of social change has always swung back and forth as the prevailing ideology of the day is countered by opposing forces. This is no less true for #MeToo in India, and its predecessor in the U.S., than it was for the second-wave feminist movement during which Faludi was writing.

When Italian actor and director Asia Argento spoke out against Harvey Weinstein — formerly the most powerful man in Hollywood and alleged rapist — thus helping spark the movement in the U.S., she received mass support. Women came out in droves, either reinforcing her claim by saying Weinstein had sexually assaulted them as well, amplifying her voice, or adding similar accusations against other powerful men. With men’s lives and reputations increasingly at risk, as the pendulum of change and justice swung so rapidly to one side, it was only a matter of time before the counterassault began. Months later, it was revealed Argento herself had been accused of sexual assault and had quietly settled the case on the side. Despite her claim of innocence, people were quick to dismiss not only her testimony against Weinstein but also the testimonies of all the other women who spoke up against him. Weinstein’s attorney stoked the fire by calling her a hypocrite, and notably, when Rose McGowan, another high-profile face of the U.S. #MeToo movement, publicly distanced herself from Argento, public opinion shifted further, and the entire movement looked like it would fall by the wayside.

Then as 2018 came to a close, when Christine Blasey Ford, PhD, testified that now-U.S. Supreme Court Justice Brett Kavanaugh had assaulted her 36 years earlier, an already disillusioned public was quick to poke holes in her testimony, mistaking distortion in traumatic memory for malevolence. She’s lying, they said, so, all the women are. Accusations of sexual misconduct against beloved comedian Aziz Ansari only strengthened this counterclaim, especially given how the facts of that particular case fell into the very gray and evolving areas of consent. With that, the entire movement stood on the brink of discredit or at least ran the risk of crumbling under the counterassault.

A year later, however, the ebb and flow of social movements is clear from how #MeToo has picked up again in the U.S. Weinstein has several court cases progressing against him and has been removed from his own production company; accused actor Kevin Spacey was asked to step down from mega-hit House of Cards; conversations about sexual assault have become commonplace, and even invited, in Hollywood and other industries; more than 250 powerful men have been called out since the beginning of the movement in 2017, not sparing even the U.S. president. From Vox’s Lockhart Steele to Fox News’s Eric Bolling, from NBC’s Matt Lauer to CBS’s Charlie Rose — men in positions of power have been forced to cede their roles and influence as they face the consequences of their actions. The movement has entered into a more thoughtful space, one of cautious deliberation and finding ways to foster change rather than provide release or stoke anger. The movement continues, having taken a net progression of one step forward — and that is what we must keep in mind.

India’s #MeToo is currently witnessing what Faludi calls the “countercurrents and treacherous undertows” of social progress. But it’s important to remember what it’s attempting to do here: We’re talking about systemic social and legal change to upturn the norms and lack of laws that have allowed men to sexually harass and assault women with impunity for centuries. That will take time. Along the way, many obstacles will spring up every time the pendulum swings the other way — but that’s not the time to give up on the whole movement.

One fabricated accusation is not a weakness of the whole movement; false accusations could have been made and were made against and by both genders even before the #MeToo movement. That the environment created by #MeToo is less than ideal in its standards of verifiable proof is direct evidence of a deeply broken justice system, in which only one in four rape cases ends in a conviction. There’s a reason why #MeToo trials are taking place in the public opinion — it’s the only space survivors have where they stand a chance of experiencing justice. The solution isn’t to label the whole movement as bogus and dismiss women’s voices as a whole; it is to double down and examine all accusations and bring justice to the wronged parties, wherever possible. Because the fact remains that more than 95% of sexual harassment and assault accusations are horrifyingly true.

Giving in to the backlash only ensures these voices and these cases are not heard — and efforts like Mohapatra’s die before they have a chance to bring about change. The pendulum will inevitably swing again; the goal remains to keep moving forward.