Mindy Kaling’s ‘Never Have I Ever’ Caricatures Indianness, Glorifies Clichés 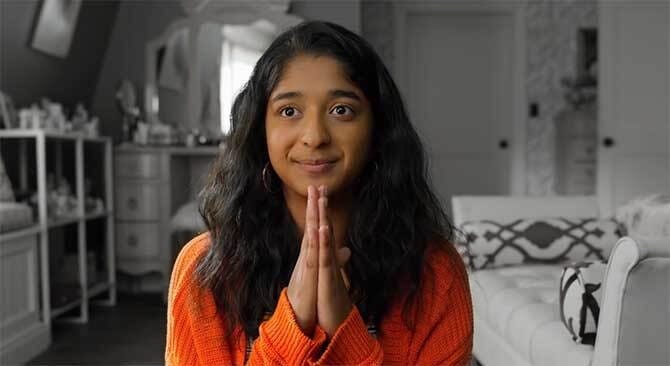 Mindy Kaling’s new Indian-American teen drama, Never Have I Ever, hit Netflix a few days ago. Like many others, I was intrigued – and dare I say, excited – to finally see some South Asian representation in a normal, fun and compelling way. But five minutes into the show, I already knew I was asking for far too much.

Devi Vishwakumar (Maitreyi Ramakrishnan), an awkward, rebellious highschooler from Sherman Oaks, California, is about to begin her sophomore year after her father’s abrupt death. This classic coming-of-age story sees Devi determined to get a boyfriend/lose her virginity, shed her reputation for being a nerd and become “cool” – a feat apparently made impossible by her traditional Indian roots. (It doesn’t, however, stop her from praying to a number of Hindu gods for this to happen, anyway). Nalini, her overprotective mother (Poorna Jagannathan) struggles to keep the ‘disobedient’ Devi in check as she crushes on Paxton, the predictably attractive and popular (biracial but white-passing) guy, while Kamala (Richa Moorjani), her soon-to-be-wed-in-an-arranged-marriage niece seems to tick all the right boxes.

Inspired in part by Kaling’s own life, this show does touch on many experiences familiar to Indians everywhere: overprotective parenting, the pressure to get into Ivy League schools and/or married, the fear of being judged by random aunties, and the subsequent disdain for and rejection of one’s “Indianness.” While I can’t deny stereotypes like these persist because they are indeed still common, Never Have I Ever points them squarely at a Western, non-Indian audience in an exotified treatment of everyday Indian life.

The show lacks nuance or complexity when it comes to dissecting what it means to be Indian. Instead, it relies on a very basic “modern vs. traditional” approach, rife with unchallenged cliches, hiding behind its self-congratulatory wokeness. It’s always been something of a stereotype that NRIs are “more” Indian than those living in India, and the show unintentionally takes this to an extreme – with feeble and affected dialogue about the importance of Ganesh pujas and the cardinal sin of letting textbooks fall to the floor. There is obviously no steadfast definition of being Indian (nor should there be) – but the opportunity to address these tensions with genuine candor is woefully lost.

The show tries really hard – and fails spectacularly – to not have the other Indian characters be one-dimensional drivers of plot. Nalini rides her late husband’s motorcycle on the Pacific Coast highway that one time and Kamala has a secret non-Indian boyfriend (how dare she!), as if these ‘scandalous’ feats somehow complicate their Indianness and make them more interesting characters. It doesn’t help that both Jagannathan and Moorjani speak with unnecessarily exaggerated Indian accents that only reinforce the 10-episode-long caricature of Indian life. At best, the writing is confused. It doesn’t provide any real explanation for why any of these characters have the rigid belief systems they do, neither does it challenge these over the course of the story to show any character growth (except, somewhat, Devi’s). It just takes it as an unchanging given that ‘Indians = conservative.’

As a result, Devi is quick to shun her Indianness. She feels embarrassed to wear a sari in public. She hates family functions (to be fair, who doesn’t?). And John McEnroe (the strangest choice for narrator I’ve ever seen) even explicitly says Devi is not like the other “Indian Indian girls” – a fresh and somewhat racist retelling of a classic sexist trope. All diaspora Indians experience this confusing tryst with their identity and assimilating to another culture – it’s a massive spectrum between complete rejection and blind acceptance – all of which are totally valid, messy and real things that should be at heart of Devi’s story but are missing from the show. This surface-level storytelling is true for all the characters, not just the Indian ones. We see Devi’s friends, Eleanor and Fabiola, respectively go through one identity crisis each. All the characters are given one big problem they are tasked with tackling, and their entire identities are centered around it. Each story of struggle seems meticulously calculated to be placed at the sweet spot between inducing just enough of an emotional response and tokenistically representing as many types of minority issues as possible.

Even allowing for the fact that humour is subjective and not everyone needs to find Mindy Kaling funny, the show’s constant attempts to fit in with the Gen Z diaspora are painful to watch. “You have the beauty of Priyanka Chopra, and the incisive intellect of Ruth Bader Ginsberg,” Paxton says to Devi in an absurd dream sequence. It’s one thing to draw inspiration from trending pop culture (trends become irrelevant faster than this show will be forgotten – a lesson that the show’s writers will do well to keep in mind), but another thing to think that putting a bunch of brown kids on screen together saying “it’s litty, fam!” is an accurate portrayal of the struggles of reconciling identity and assimilation for the diaspora at large.

Coming from Mindy Kaling, who was among the first Indian-Americans to break through Hollywood and the American comedy space, Never Have I Ever does surprisingly little for holistic and thought-provoking South Asian representation. Diaspora artists like Kaling wield great influence on the general public in shaping what it means to be Indian in America. She doesn’t get a free pass for a show that not only fails to address the racial and political undercurrents that come with being brown in America but also ends up self-stereotyping the community to the point of completely whitewashing it.

Having a diverse cast with Indian characters should not be a bonus feature (without which the story could easily exist) simply to pander to and churn revenue from big Indian/Indian-American audiences. This is not to say that Indians in pop culture must be confined to their Indianness or be compelled to discuss it, but if the central premise of a story is coming to terms with both identity and culture, it’s irresponsible to see it done in such a cheap and unoriginal way.

In a time when shows like Sex Education and On My Block are having similar conversations (minus South Asian representation) in significantly more complex and important ways, Never Have I Ever tries to get away with a half-hearted attempt at garnering ‘woke’ points. For me, this show is nothing short of a tone-deaf, reductionist and outdated rendition that celebrates diversity only for diversity’s sake, failing the very people of color by whom it is inspired.

film and TV | For Diversity's Sake 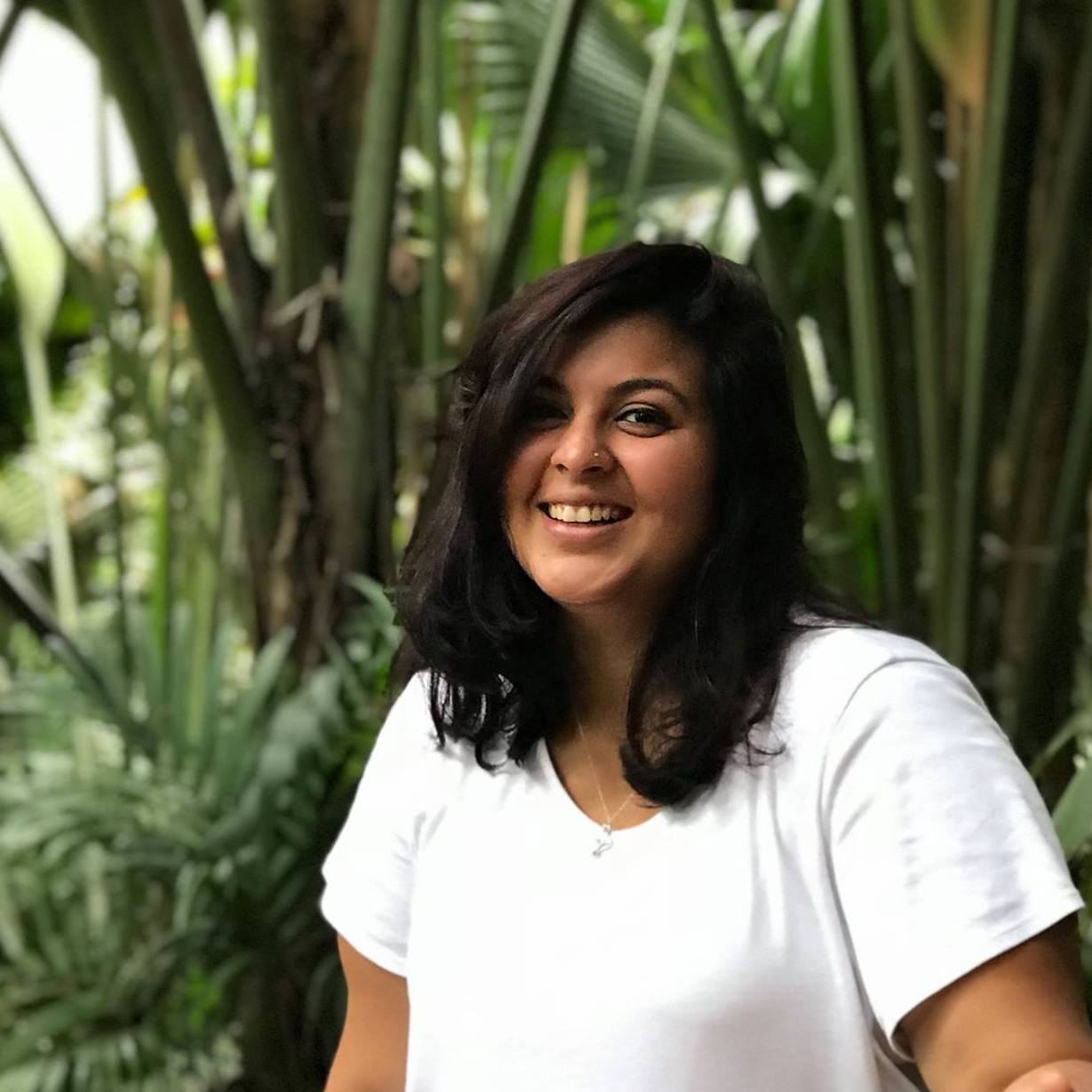 Paroma Soni is a data journalist and videographer from Mumbai currently based in New York. Her work focuses on politics, human rights, gender, and culture. You can find her on social media at @paromasoni.

See all articles by Paroma