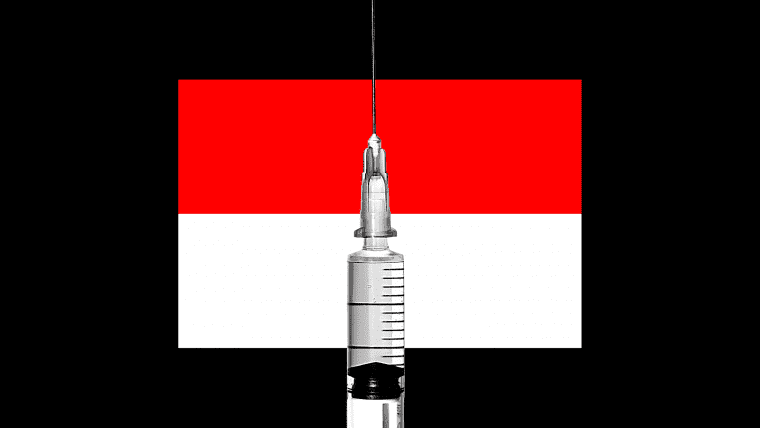 As countries around the world gear up to conduct mass immunization campaigns against Covid19, experts in Indonesia are worried rumors about the presence of pork products in one Covid19 vaccine may hamper public trust, and eventually public health. Indonesia’s 87% Muslim population may be at risk if the government and Muslim clerics in the country don’t reassure the population of the efficacy and safety of Covid19 vaccines, while also allaying fears over the rumored pork ingredients that could make the vaccines haram.

“With regards to vaccines, halal certification is virtually mandatory in Indonesia because it ensures the production process from beginning to end is in line with Islamic teaching,” epidemiologist and pandemic management strategy expert, Dr. Dicky Budiman, told Al Jazeera. “Halal is about more than just food — it incorporates more every aspect of lifestyle for observant Muslims.”

While Indonesia has placed orders from multiple vaccine manufacturers — AstraZeneca, Pfizer, Novavax — it’s China’s Sinovac, poised to be the country’s major vaccine supplier, that is the point of contention. All the other vaccine manufacturers have disclosed the contents of their respective vaccines and reassured people there aren’t any pork products in their candidates. Sinovac, however, has only written a short letter to the Indonesian government stating their vaccine was “manufactured free of porcine materials,” which hasn’t been enough to convince the clerics, especially without proof. The possible ingredient of concern here is pork-derived gelatin, which acts as a stabilizer for the vaccine’s ingredients.

The issue of pork-derived gelatin surfaced last in 2018 when a new measles-rubella (MR) vaccine from India drew ire from some branches of the Indonesian Ulema Council (the country’s top Muslim clerical body that decides halal certifications), which forbid its use. At the time, the controversy led to a steep decline in the number of Indonesians who opted for the vaccine, suggesting a dangerous precedent for the current situation.

Pope Says Getting Covid19 Vaccine Is ‘Morally Acceptable,’ Even if it Contains Fetal Tissue

It falls on the nation’s Ulema Council to fast-track halal certifications for the vaccine, in order to increase public trust in the state’s mass immunization campaigns and ensure every single person in the country is protected against the novel coronavirus. The clerics have promised to announce their decree once the state deems the Sinovac vaccine safe and effective. Indonesian President Joko Widodo, in the meantime, has said, “There shouldn’t be any concern about whether this vaccine is halal or not halal. We are in an emergency situation because of the Covid pandemic.”

Several Muslim bodies around the world, including in India, Malaysia, and the United Arab Emirates, have come to a similar conclusion. India’s Jamaat-e-Islami Hind (JIH) issued an advisory last week that stated, “If an impermissible object is transformed into another thing, totally different in properties and characters, may be considered as clean and permissible. On this basis, the use of Gelatine derived from the body part of a haram animal has been considered to be permissible by Islamic jurists. Same is the opinion of some jurists about pork Gelatine.” If it’s a matter of life and death, and a vaccine that uses pork-derived gelatin is one of the few options available, “then there should be no guilty conscience in using the vaccine,” JIH’s vice president, Salim Engineer, told The Print.

All Muslim bodies that agreed to morally sanction the use of vaccines containing pork gelatin, however, stressed that the best option would be to have an alternative that was pork-free. Pharma companies around the world are creating vaccines that use bacteria or yeast instead of pork products to stabilize their vaccines — not just for Covid, but also for diphtheria, meningitis, and polio. In conjunction, however, an increasing number of Islamic authorities, especially in Muslim-dominated countries, are working to ensure religious sentiments don’t get in the way of necessary immunization.