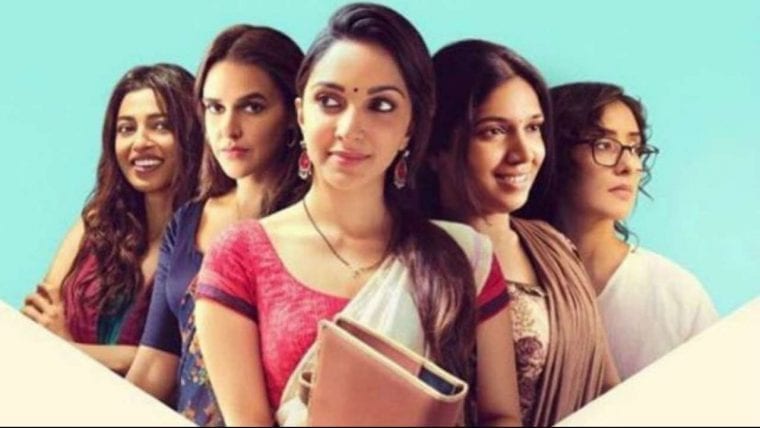 Lust Stories, a four-short anthology, dropped on Netflix on June 15, 2018. The interwebz were immediately aflame with much discussion and hailing of it—finally, thank the lord, said many, for giving voice to the desires of Indian women. For me, this wonderful quote, attributed to Lord Chesterfield, best describes how I feel about Indian films about lust: “The pleasure is momentary, the position ridiculous, and the expense damnable.”

We’re finally talking about sex, about power, about imbalances, about desire and more – at least on the internet if not over the dinner table. But just like the balance of power, most films and commercial artistic expression in India tilt heavily in favour of men. Most films are from the male point of view, women defined by the male gaze, and their actions and motivations subverted by what patriarchal, regressive mindsets think they should be; in a lot of mainstream movies, especially commercial successes, the treatment of women as one-dimensional reveals how rarely women are seen as complex human beings in their own right.

There have definitely been efforts. From Arth in the 1980s to Queen and English Vinglish more recently, Bollywood has made the rare successful foray into commercial women-centric cinema. Films like Water, Fire, Astitva, Honeymoon Travels, The Dirty Picture, Lipstick Under My Burkha, Angry Indian Goddesses and the recent Veere Di Wedding have dealt with the sexuality and expression of Indian women in different ways, that garnered acclaim, too.

The first film, directed by Anurag Kashyap, stars Radhika Apte as an older woman who sleeps with a younger guy in her orbit – and then spins out of control slightly, Fatal Attraction-style, with stalking and more. Apte digs into the role with relish, embodying it so fully that you’re cringing and shrinking on her behalf many times.

The second, directed by Zoya Akhtar, stars the excellent Bhumi Pednekar as a maid who’s sexually involved with her employer. And when he agrees to an arranged marriage, her reactions and face dominate the screen. Pednekar is fabulously restrained and carries the film admirably.

The third, directed by Dibakar Banerjee, stars Manisha Koirala, making the centre of a love triangle with husband and lover; the husband’s best friend, amidst a dysfunctional marriage and relationships that range back to college.

Are the stories feminist? Not particularly, unless you view the telling of stories from a woman’s point of view itself to be a feminist act. Are the stories enjoyable? Johar’s is, surprisingly, the most watchable…the rest are okay in parts. More than the women’s sex drives or desires, what screamed out at me in each film were the stifling rules – of Indian society’s class divisions, marriages, and wives – and the reduction of women to vessels for baby-making or household chores or bad influences after a divorce.

But they’re showing us reality, you might protest. This is how things are, you cry. True, this is indeed how things are – but what made Arth, Lipstick Under My Burkha and Astitva different was that they showcased the inner reality of the women concerned – and juxtaposed that with their outer reality. Lust Stories doesn’t do that; the first three stories feel incomplete in some way or the other. Except for the bride, the women don’t take action or stick to their convictions in any way – they’re floundering, pushed into reaction by outside forces.

The professor turns stalker for the younger man when she’s dumped by someone else. The maid has no active reactions to events – one could argue that it is realistic, but it doesn’t make for satisfying viewing. And the wife in the midst of a triangle is pushed into confession because her cover has been blown.

Actually, that’s my problem with the first three Lust Stories – the women aren’t doing it for themselves; whatever ‘it’ may be. You never get a chance to sit up in delight and scream, “You go, gurl!” and “Get it, sista!” at the television. You’re just sitting there, looking at a reflection of your feminine reality. The bride is the only character that you’re pumping the air for, that you’re rooting for. You’re dying for the professor to stop, you’re wondering if the maid will surprise you and herself, and you’re not sure what the wife wants. Are their stories even about lust? I caught myself wondering. They are; but as in life, it feels all too brief.

Let’s be fair — in the context of India’s patriarchal stranglehold, Lust Stories is a brave attempt. Even the making of it was not easy. “I had to push whichever boundary I could within what I could do with actors in India,” says Johar. “It took me a while to get anyone to agree to play the female protagonist. I internally vetoed 10 choices knowing that they wouldn’t do it, and, when I went to Kiara [Advani], it was a sell, it was a pitch, I had to convince her to do it.”

But if you’ve grown up with relatively more freedom of mind and thought, in India or abroad; if you’ve embraced principles of equality, liberty and feminism early on and thus grown up with them; if you’ve read, watched or listened to artistic expression that explores female sexuality openly (even romance novels), then you might find Lust Stories to be a slightly frustrating watch — more backwards, than sideways or forwards.

film and TV | Pass The Lust