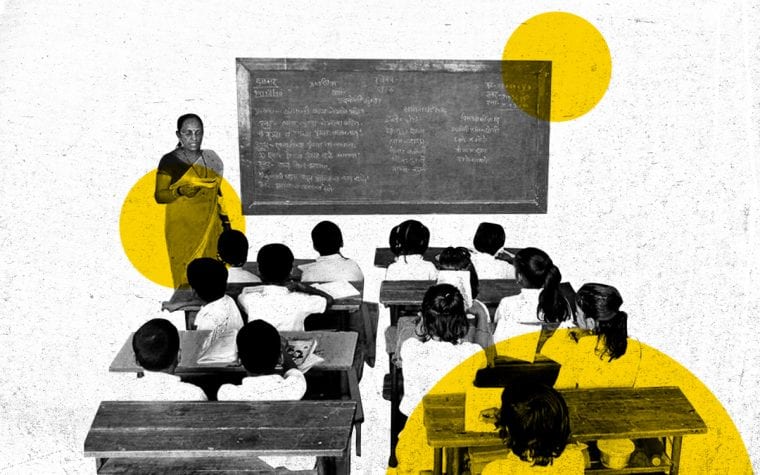 The Ministry of Education has put together a plan to encourage imparting education in students’ mother tongues in its latest document release, titled “Students’ and Teachers’ Holistic Advancement through Quality Education (SARTHAQ).”

This plan is in line with the recommendations made under the National Education Policy released in 2020, introduced as a way to revamp the education sector; encouraging the use of state language in schools and colleges was seen as one of the ways to preserve the continuation of native languages. However, critics expressed concern that this might create confusion in regions where the official language is different than the mother tongue. Moreover, it could put children at a disadvantage in a more globalized world, where English language knowledge remains a priority.

SARTHAQ has come as a response to the former concern. “All efforts will be made early on to ensure that any gaps that exist between the language spoken by the child and the medium of teaching are bridged,” the government said in the order

India is home to more than 19,500 mother tongues according to the last census, and in moving towards a homogenous tongue, the loss of unique languages can erase several cultural histories unique to the nation. In this case, the government maintains that the instruction in children’s mother tongue is beneficial for children’s learning abilities and preserving linguistic artifacts.

According to SARTHAQ, the Ministry of Education intends to utilize linguistic mapping (mapping the prevalence of regional languages) and take a bilingual approach to integrate mother tongues into students’ education. Linguistic mapping will be done through simple survey formats like finding out the number of languages spoken by people in an area, the number of students speaking multiple languages, identifying the languages that students are the most comfortable in, and more. From here, the second step would be to develop curricula in these languages, and find trained teachers who can instruct students in these languages.

To encourage this method of teaching, the government has suggested a bilingual (two-language) approach. “This would mean, that the Hindi books in Chhattisgarh or in Bundelkhand area can be orally taught in Chhattisgarhi or Bundelkhandi as the link language, and slowly between class I to V, children can be brought to understanding and speaking Hindi. In predominantly tribal areas, teachers who belong to these areas should be identified to ensure that their mother tongue becomes the link for their education,” the document noted.

The new guidelines further establish the pedagogical benefit of using mother tongues as a medium of instruction: children are more likely to grasp complex concepts if explained in their native language, and multilingualism has been shown to have great cognitive benefits.