The Stuff of Nightmares 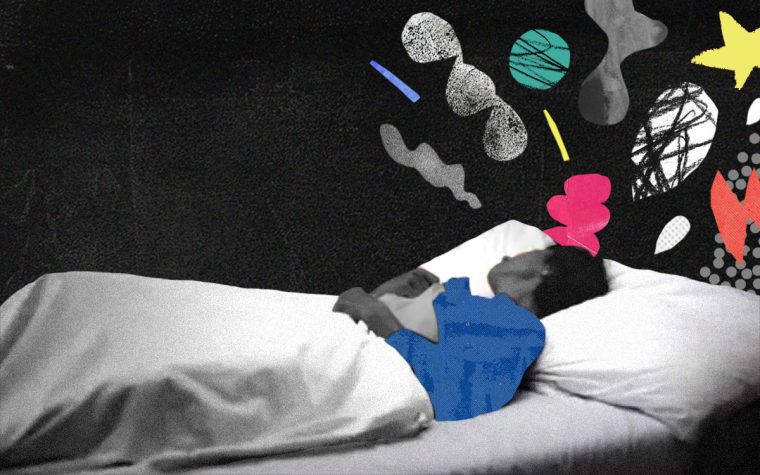 An average person in 2022 spends about six years of their entire life dreaming. Dreams mystify us as much as they become reflections of us; we don’t understand how we dream or why, but “good dreams,” “bad dreams,” and in some cases, “no dreams” still determine our well-being to a great extent. For people in their middle age or older years, nightmares can be particularly revelatory, for they may signal a future risk of developing dementia, according to new research.

“We’ve demonstrated for the first time that distressing dreams, or nightmares, can be linked to dementia risk and cognitive decline among healthy adults in the general population,” said Abidemi Otaiku, of the University of Birmingham’s Centre for Human Brain Health, in a press release.

Dementia is a baffling disease: it presents itself only when it’s late, fundamentally meddling with one’s memory, thinking, and cognitive abilities. As many as 4.4 million people in India are expected to be living with dementia, and this number comprises mostly the elderly.

Finding ways to identify dementia early is key, allowing for better care and treatment where applicable. Otaiku and the team looked at dreams for answers, with their work published in the Lancet’s eClinical Medicine journal. Their study involved almost 600 participants between the ages of 35 and 64, and another cohort with 2,600 participants 90 and older. Between 2002 and 2012, the participants were asked to fill out a range of questionnaires, one of them tracking how often individuals experienced bad dreams.

The results were such: middle-aged people between 35 and 64 who experienced nightmares weekly were four times more likely to experience a decline in their cognitive abilities over the next 10 years. For the other cohort (above 90 years), increased nightmares meant they were twice as likely to be diagnosed with dementia. To put it simply: nightmares can signal memory loss and thinking impairments years, even decades, before they become apparent.

“[O]ur dreams can reveal a surprising amount of information about our brain health,” Otaiku wrote in The Conversation. “This is important because there are very few risk indicators for dementia that can be identified as early as middle age.” There is a high prevalence of delayed or missed diagnosis for dementia; people were mostly unaware, had scarce resources, and cases were only identified after a caregiver raised concerns.

The link between dementia and dreaming is a little hazy. One explanation has something to do with how the brain controls emotions. Plausibly, middle-aged people in earlier stages of dementia may have some form of neuro-degeneration in some brain regions, which means the brain may not be able to regulate fear or stress or negative emotions while dreaming. “This may manifest in nightmares and depression in the years leading up to a dementia diagnosis.” Interestingly, the link between cognitive decline and future risk of dementia was more commonly observed in men than in women.

Another explanation is that bad dreams and poor sleep quality could be a causative factor behind dementia itself. Previous research has linked vivid dreaming, sleep disorders, restless legs syndrome, and nightmares with Lewy body dementia (the second most common type of dementia after Alzheimer’s) — one type of cognitive decline.

In 2021, researchers looking at the link between sleep and dementia wrote: “It had always been a bit of a chicken-and-egg problem when trying to interpret the relationship between poor sleep and dementia. Was it really poor sleep that caused dementia, or just early dementia symptoms causing poor sleep?” There was some resolution, in that their study showed that in some people as young as age 50, poor sleep increased the risk of developing dementia 25 years or later in the future. Fragmented sleep and nightmares are pieces that fit in some corner of this puzzle.

But this knowledge offers hope. Otaiku agrees that the association demands more work and more research, but “bad dreams could be a useful way to identify individuals at high risk of developing dementia, and put in place strategies to slow down the onset of disease.”

For instance, bad dreams are preventable and even treatable in some cases. And previous experiments showed that when nightmares reduced, there was a boost in people’s memory and thinking skills. In some cases, treatment for nightmares also decreased the prevalence of a protein that was linked to Alzheimer’s disease, another form of dementia.

Dementia care and treatment are as much about finding a cure as it is about slowing cognitive decline in people. And looking at bad dreams, the dreams that terrify us and unsettle us, could indeed hold some answers.