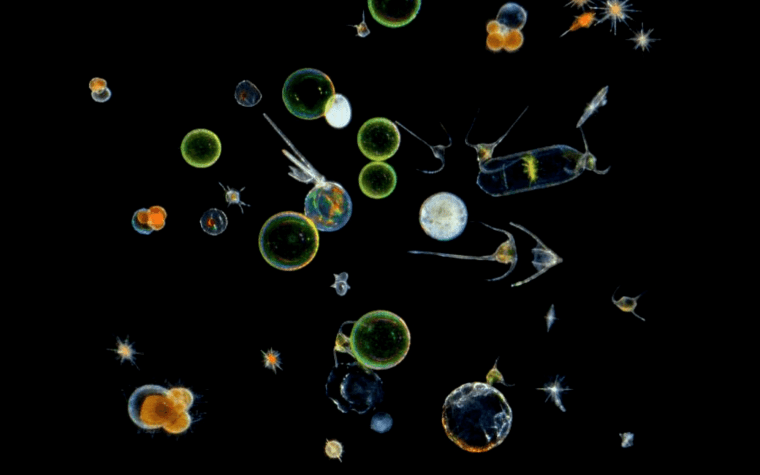 Microorganisms found in the ocean may play an important role in the process of mitigating climate change by acting as “methane sinks” on ocean floors, a new study has found.

Methane is a greenhouse gas that is 80% more effective than carbon dioxide at trapping heat in the atmosphere. Interestingly, microbes on the seafloor generate large quantities of methane — often as a result of breaking down organic matter that includes both dead plants and animals, as well as the latter’s excrements. However, the same microbes also act as methane sinks, preventing the gas from escaping into the atmosphere and eventually warming up the Earth.

While the microbes’ methane-trapping abilities were already known to science, the new study, published in Proceedings of the National Academy of Sciences, found that microbes found in rocks underwater are more effective at consuming methane. Microbes within under-sea carbonate rocks — like limestone and dolomite — absorb methane 50 times faster than microbes found in the sediments, like rocks and minerals.

Scientists have also deemed these specific carbonate rocks unusual: they were not only more porous than other carbonate rocks, but also in the shape of more than 50-inch-tall chimney-like structures, resembling groups of underwater trees. Researchers believe the unique structures of these underwater rocks commonly found in oceans may have a role to play in rock-dwelling microbes consuming the gas faster than their counterparts seafloor-dwelling counterparts.

“The microbes in these carbonate rocks are acting like a methane bio-filter consuming it all before it leaves the ocean,” Peter Girguis, a professor of organismic and evolutionary biology at the Harvard University, who was involved in the study, said in a statement.

Seagrass Could Be A Powerful Weapon Against Climate Change, Natural Disasters: UN Report

However, this isn’t the first time marine life forms were recognized for their potential to tackle greenhouse gases and act as nature-based climate solutions. A separate study from April this year found that diatoms, or single-celled algae, absorb 10-20 billion tonnes of carbon dioxide each year — almost the amount of carbon captured annually by all the world’s rainforests, cumulatively.

A United Nations report from last year had found that meadows of seagrass, too, act as highly efficient carbon sinks — storing about 18% of the world’s oceanic carbon, while covering just 0.01% of the Earth’s ocean floor. Another study on seagrass, published earlier this year, also found the meadows act as natural sieves — collecting plastic into natural bundles of seagrass fiber. “[P]lastic debris in the seafloor can be trapped in seagrass remains, eventually leaving the marine environment through beaching… represent[ing] a continuous purge of plastic debris out of the sea,” Anna Sanchez-Vidal, lead author and a marine biologist at the University of Barcelona, who led the study, told AFP.

At present, researchers are trying to understand the complexities of microbes found on rocks and “how these microbes sustain their metabolic rate,” Jeffrey Marlow, a former postdoctoral researcher at Professor Girguis’ department, who led the study, told the press. Their goal is to artificially recreate the natural methane sinks found underwater to soak up the gas in different parts of the planet — as a tangible solution to reduce global warming.

“Once we clarify how these many interconnected factors come together … we can then ask how we might apply these anaerobic methane-eating microbes to other situations, like landfills with methane leaks,” Marlow noted.

“[W]e need to know this in our changing world in order to build our predictive power.”