What Makes Them Beautiful 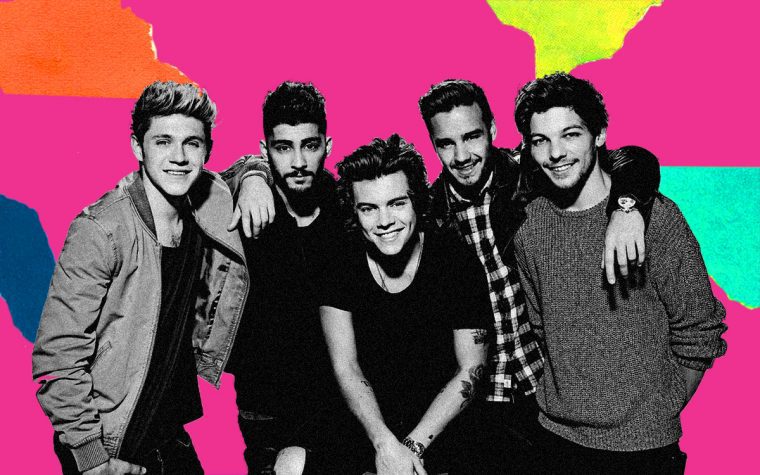 There was a brief moment in time, in what feels like a lifetime ago, when the return of a particular boy band brought on a tidal wave of nostalgia and joy. The Jonas Brothers’ reunion provided fodder for much celebration on the return of the “boy band,” a culturally evolving musical outfit.

Boy bands, a hitherto dying and dead breed of musicians, are reviled and beloved in equal parts. Their musical prowess is considered both prodigious and depthless — depending on who you ask. But while their Western counterparts saw a decline, the pop spectacle itself saw a new birth altogether in the form of BTS: a South-Korean K-pop group whose legions of fans worldwide would populate a small-to-moderate country and then some. But as with BTS armies, boy bands are snickered upon by self-proclaimed music zealots as being too candyfloss pop — not serious music, in other words.

The common denominator that connects all boy bands, however, is the composition of their fanbases: to a great extent, teen girls.

The demonization of teen girl interests is a well-documented phenomenon. It is an all-too-common experience to have hidden your love for boy bands as a young girl; publicly rolling your eyes at them while privately jamming to their music, carefully out of civilization’s hearing range. Sometimes, the hate that boy bands received prompted me, personally, to profess my undying love for Led Zeppelin or some other such certified “cool” band; carefully queuing classic rock tracks in a playlist if handed the aux cable and generally keeping myself at a safe 500km radius from any mention of boy bands. One Direction? No, thank you.

Also, an oft-cited critique — again, by metalheads or gatekeepers of “good” music — of boy bands is that they’re “manufactured.” Comparisons between One Direction and The Beatles have, for instance, drawn hell-fires of anger from many who loved The Beatles but wouldn’t touch a One Direction album with a barge pole. The music industry, as the line of critique goes, parades out handsome young men who can all harmonize but are otherwise unremarkable, and markets the hell out of them. And as a British boy band with legions of screaming fans (teen girls, again), One Direction was a prime suspect for accusations of a Beatles copycat.

What undeniably connects the two bands, however, is the cultural impact they had, sending millions of hearts a-flutter with their boyish charm. It isn’t so much the music that inspired the supposedly preposterous comparison but their effect on fans (are The Beatles the first big boy band?). And therein lies the catch: boy bands’ musical prowess is undermined because of the charm offensive they unleash on girls.

The music, then, is considered cheapened. Boy bands themselves fall victim to this perception: when they split up, their individual members go off on individual trajectories, pursuing careers as more “serious” musicians. It’s a bit like how child stars or members of an ensemble cast aren’t considered serious actors in their own right — their fame and public image is the object of consumption, and their talents are presumed to be non-existent otherwise.

But what is it, exactly, that separates boy bands from bands? The key is in the word “boy” — indicating a churlishness and an “it” factor that is undeniable and hard to replicate. Boy bands sell more than just their music — they sell an idea of alternative masculinity in a toxically heteronormative culture, celebrating love, attraction, and feelings rather than suppressing them. Boy bands consist of men who put in the effort to groom themselves well, take care of their appearance, and present their best selves — for girls. They croon about being in love, serenading the girl of their dreams in ways that are a tribute to her attributes and personhood. They exude sensuality, rather than the raw sex appeal of rockstars. In every single aspect of their songwriting and vibe is a tenderness that is hard to come by in the “real” world. Think “I’ll Make Love To You,” by Boyz II Men, a sappy, cheesy bedroom anthem featuring everything from candles to wine and most importantly, attention and care. Or, the more recent “What Makes You Beautiful” that catapulted One Direction to overnight success and fame. Uncomfortable, “you’re not like other girls” vibes aside, the song does what boy bands do best: they make the listener feel like a main character, providing a suspension of disbelief with regards to one’s own life. In a culture so used to deriding, sexualizing, or suppressing teen girls, the feeling of being at the center of someone’s world for who they are can be intoxicating and powerful.

And yet, this fantasy of “humane desire,” as culture critic Jane Ward calls it, is derided as unserious music. The success of boy bands has always lain in their unique attention to the fantasies of teen girls and young women whose evolving sexuality is so often appropriated from them. Boy bands offer a fantasy that doesn’t exploit this sexuality — but gently nurtures it. The underlying impulse behind the intensely, criminally hummable tunes is the respect it offers to listeners, who can feel like they are desired without feeling cheapened by it. Besides, it is often those who are most comfortable with their masculinity that don’t shy away from celebrating boy band music too — Jake Peralta, from Brooklyn 99 may have singlehandedly popularized “I Want It That Way” back into the mainstream for a time, making it acceptable to give in to the eminently karaoke-worthy track’s soaring chorus.

Boy bands offer innumerable odes to girlhood, womanhood, in the way that they want, uncorrupted by a sexualizing gaze that snatches the agency from sexuality. In short, boy bands give girls what they crave, but are so often denied. The music zealots are therefore wrong when they denounce the vibe of boy bands: it is precisely the “more than” factor in their music that makes them not overrated.