If You Wanna Be My (Music) Lover 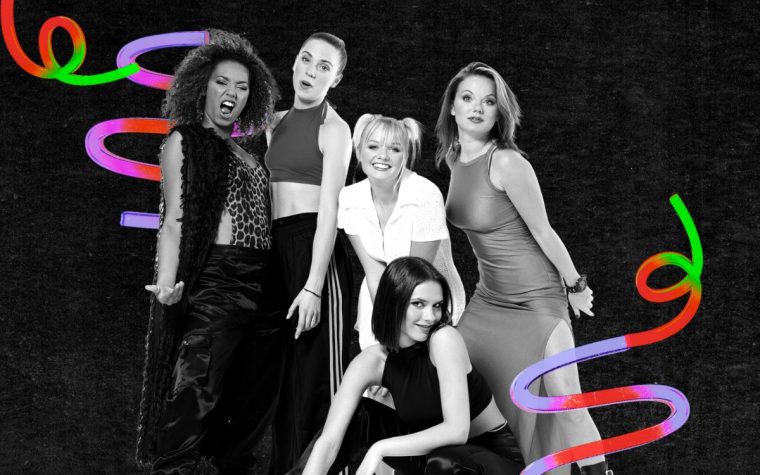 In a cultural space dominated at every turn by “lad-heavy” rockers and masculine synth-pop edginess, is a subset of musicians whose artistic prowess defies genre: girl bands. They take on several forms — there’s bubblegum pop, punk rock, R&B, and now, KPop. The sound of girl bands may differ across generations and genres, but the ethos uniting them remains the same: a resolute, feisty kick in the ass of the male-dominated music machinery that rules what we listen to.

The legacy of girl bands, or girl groups carries a feminist undercurrent that’s impossible to ignore. Some were overt about it. The “riot grrrl” movement in the United States loudly, vehemently claimed space for feminist punk rockers not only in music, but in the domain of politics too. “Us girls crave records and books and fanzines that speak to US that WE feel included in and can understand in our own ways… We are angry at a society that tells us Girl = Dumb, Girl = Bad, Girl = Weak,” reads the riot grrrl manifesto — signifying a fissure in the world of music that until then, colloquially, was called “cock rock.” This was the spirit with which Bikini Kill’s Rebel Girl broke the metaphorical sound barrier into feminist sensibilities — its screeching electric guitar distortion accompanied by a chaotic, impassioned ode to a girl who simply owns the space she occupies.

“… the first generation punkettes really were something new. Rock was a real laddist boystown right before punk. Editorial meetings could be a minefield for me, even when I was Features Editor at Sounds, with scribes snarling, ‘Why write about women? Women aren’t interested in music. Women don’t make music. Women don’t buy music,'” wrote music critic Vivien Goldman for Pitchfork. But women clearly were, and continue to be, very interested — not only that, but they actively seek voices in music who express the angst, pride, and the radical joy of being women among women.

It wasn’t until all-girl groups sat atop the crest of cultural relevance a few years later that the cracks began to form. The Spice Girls changed what it meant to be a girl group — they embraced femininity and embodied a lightness in their sound that spoke to directly to the possibilities of empowered girlhood. The Spice Girls were girl power — the realized dream of their punk feminist foremothers who demanded not just a little space, but all the space. The Spice Girls rejected boy-craziness for friendship, sisterhood, and solidarity — a warmth that quickly made their feminism mainstream.

But herein lay the problem. With the mainstreaming of the kind of individualistic, empowerment type of feminism that The Spice Girls embodied, the legacy of girl groups itself began to shift in favor of commercializing the girl power — and, eventually, girl boss/boss bitch — aesthetic. Cynicism toward the group began to mount, with many noting how they were brought together, packaged, and sold as a commercial product by men. The free-spirited feminism they advocated, then, feels out of date today.

Not only that, but it also paved the way for girlboss feminism to become the mainstay identity of girl groups that came after — leading to a decline in the cultural relevance of girl groups themselves. At least, until they were reinvented again — this time in the form of a KPop group Blackpink. Even as girl groups struggled to find their footing in the 21st century, Blackpink turned into one of the biggest groups of all time. Their success is attributed to not only their formidable harmonies but also their aesthetic — “A 21-year-old woman from Seattle tells me she’s here to watch four fierce women who haven’t been hypersexualized by the industry, but who own their own womanhood,” wrote Eve Barlow in New York Magazine, about the group’s historic Coachella set.

The group itself aside, the power of girl bands lies in the fandom — women who care, who are interested in not just the music, but in the meaning of that music too. Girl groups, in other words, are an opportunity for feminists to converse with themselves, their generational predecessors, and their successors, through music.

And it’s not just Blackpink. Many solo artists, too, claim their inspiration in girl groups — Adele’s undying love for the Spice Girls is well known, and Lorde and Billie Eilish’s anti-pop sensibilities are an ode to the rebel girls of the last century who went fiercely against the grain, showing what music can be, and for whom.

Girl bands might still suffer from the same problem of being manufactured, or diluting the meaning of empowerment. But there’s a legacy they carry: of women, love, friendship, joy, and solidarity. No commercial machine can ever manufacture those — not really. To the question of whether girl bands are now overrated, the only possible answer is this: for those whose artistic interest and prowess have both been dismissed, there’s no such thing.

girlboss | If You Wanna Be My (Music) Lover | music | Overrated Not