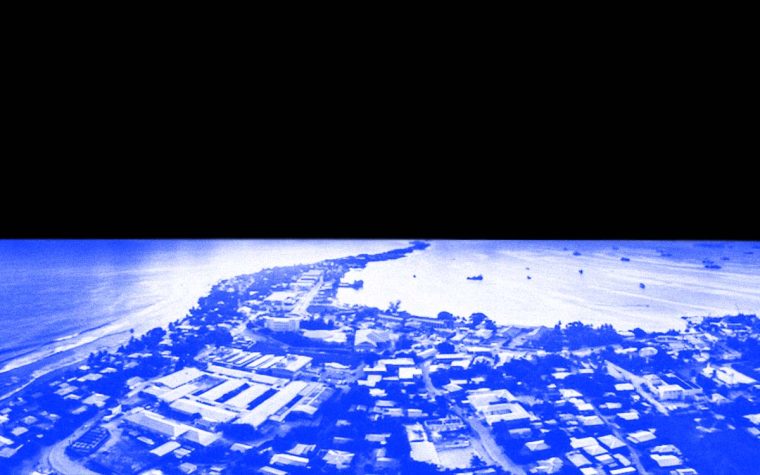 A study published in Earth’s Future points out flaws in the international response to the climate crisis: if we do meet the Paris Agreement goals, many island countries will still face catastrophic flooding. So far, the world’s efforts have been directed toward keeping global temperature rise to 1.5 to 2 degrees Celsius. It’s a finding that calls into question the decision-making behind setting the standard, and how climate injustice pervades international agreements on the next steps.

The team of researchers specified that temperature alone isn’t a sufficient basis for climate action. The physics of melting ice caps in the Antarctic ice sheet mean that even when it’s melting, temperatures could fall. In turn, this means that achieving a “safe” level of temperature rise could still lead to a sea-level rise that will flood many coastal cities and island nations. This is a burden that will be disproportionately borne by areas in the Caribbean Sea, the Indian Ocean, and parts of the Pacific Ocean — 33% more than the global average.

The Alliance of Small Island States (AOSIS), the researchers say, have the most to lose — they contribute the least to the climate crisis, and face the most threat to their very survival. “…climate science alone can’t answer that question of justice,” said lead author Shaina Sadai from the University of Massachusetts, Amherst.

And yet, even existing commitments aren’t enough to meet the Paris Agreement’s temperature goals. “We are still nowhere near the scale and pace of emission reductions required to put us on track toward a 1.5 degrees Celsius world,” said  Simon Stiell, Executive Secretary of UN Climate Change. The Paris Agreement is the first treaty on climate change in the world to specifically mention “climate justice” and recognize the disproportionate impact of the climate crisis on regions that had little to do with it. But this is vaguely worded.

Moreover, the agreement is non-enforceable and calls upon countries to volunteer their plans — leading to a situation where the richest countries are often the most reluctant to act.

Forming a Connection With Nature Is Key To Protecting It. Can Citizen Science Initiatives Lead the Way?

Even further, there’s debate on the goals of the agreement itself — specifically in terms of how we’ve arrived at them. A team of researchers examined whether the goals of the Paris Agreement were within reach. They used a global surface temperature dataset beginning in the 1890s and found some inconsistencies: the dataset doesn’t cover the Arctic, one of the fastest warming regions, Antarctica, and parts of Africa. This means that estimates about the feasibility of reaching the temperature rise goals may be off the mark.

Even then, in terms of the carbon cuts it would take, the 2 degree Celsius goal “is simply a nice round number that represents what the international community considers an acceptable amount of climate change risk and is also a practically achievable (although daunting) goal,” The Guardian noted. The temperature is somewhat arbitrary; the real goal, instead, should be to cut all carbon emissions as fast as possible. But this is politically impossible to achieve, say experts.

Moreover, wealthier nations haven’t kept their promise of climate reparations either. The AOSIS, as a result, is considering suing the Global North over the damages. “[The commission] is intended to be a vehicle for collective action by small island states. To add yet another instrument in the toolbox to ensure that [loss and damage] is taken seriously,” said Payam Akhavan, the legal counsel advising the new commission. This is to force countries to meet their climate finance promises, which includes paying for mitigation, adaptation, and loss and damage wrought by climate change in smaller, vulnerable countries.

Clearly, the goals of international climate action are set by those who have caused the most damage — obligating them to do scarcely anything about it. Many are pointing out that it was a colonial framework in the first place, because it emphasises on climate change rather than environmental destruction — the latter, due to inordinate consumption patterns, created climate injustice.

A decolonial approach to climate change would then look at land-use, centering indigenous knowledges, and correcting consumption inequality.

“Solutions are before us — through the land and through the teachings of reciprocity,” said Rebecca Sinclair, Director of Education and Programming, Indigenous Climate Action.