Ghost of Childbirth Past 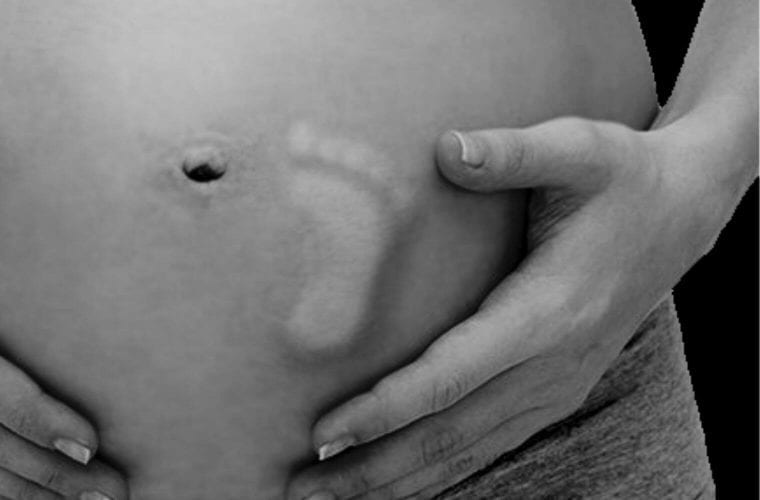 “If I wasn’t holding my baby I would’ve thought I was still pregnant,” reported one woman.

“Convincing enough that I took a pregnancy test even though my husband had had a vasectomy,” reported another.

20% of women experienced the sensations every day; twice the amount experienced phantom baby movement weekly. Through the online survey, developed by Disha Sasan of Monash University in Australia and colleagues, women respondents repeatedly described the sensation of phantom fetal kicks as “real.”

“It felt like the first time I felt my baby kick. Little flutters. Then it became more distinguishable as a kick,” responded one woman.

The cause of phantom baby movement is unknown, but there is a studied precedent for feeling sensations in parts of the body no longer there: “Phantom kicks appear to have considerable similarities to phantom limb syndrome,” the researchers write.

Phantom limb syndrome occurs when amputees continue to experience sensations — painful or otherwise — in the limb that has been removed. While still somewhat of a mystery, scientists recognize it as a result of neural plasticity, that is, the brain’s ability to adapt; a 2019 study of individuals who had lost a limb found those who experienced phantom limb sensations “reduced functionality” in the wiring of the corpus callosum, a that connects the left and right hemispheres of the brain and allows them to communicate with each other. It is also responsible for movement and sensing.

It is possible women who still feel baby movement after giving birth may experience similar brain changes in response to being pregnant. After all, note the researchers behind the new survey, “the rapid reduction of abdominal [sensation] at childbirth has some similarities to the rapid cessation of innervation following limb amputation.”

Another possible explanation for the phantom baby movement is misattribution, the research team suggests. When pregnant women first experience real baby movement, it’s often mistaken for what they’re most familiar with: gastric activity. Perhaps, after women re-attune to the more likely cause, it’s difficult to adjust back to crediting digestive activity with the sensation they’ve come to associate with fetal kicks instead.

Whatever the cause is, a quarter of the women surveyed who experienced phantom baby movements described them positively; some women enjoyed the nostalgia of the sensation. However, another quarter said the phantom fetal kicks left them confused, anxious, or even upset. Women who had had a miscarriage, stillbirth, traumatic birth experience, or abortion were more likely to be negatively affected by the sensations.

“Strange, a bit sad and mourned the loss of my pregnancy,” one woman reported.

The researchers say the experience of phantom baby movements should be explored more closely in relation to women’s postpartum mental health. Beyond that, the team was unable to draw conclusions. An online survey of only ~200 women is too small and self-selecting a group; critics of the study say such a survey is more likely to attract women who have experienced phantom baby movement, than women who have nothing to report. That said, the survey is the first spotlight on an aspect of women’s health that has for too long been relegated to private confidences or internet chatrooms.