Turn That Frown Upside Down

Why Body Image Issues of Pregnant Women Are Often Overlooked 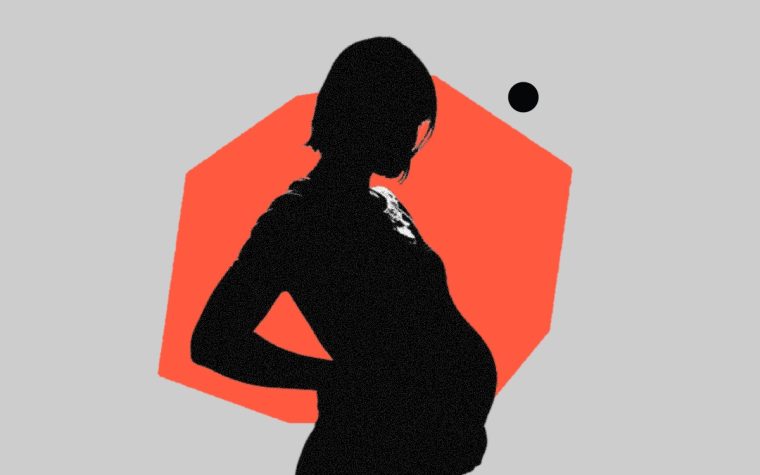 The conversation around weight gain during pregnancy plays out as a well-rehearsed script: it is a time that warrants happiness, not shame or insecurities. But new research validates that many experience body image issues during and after the pregnancy — a pattern that can soon morph into eating disorders and post-partum depression.

Published in the journal Archives of Women’s Mental Health, the study highlights the sheer prevalence of body dissatisfaction among pregnant women. The researchers recorded the experiences of 161 participants — who were either pregnant or post-partum and were between the ages of 18 and 45. About 60% of the participants wanted to be thinner than they were, 50% admitted to being dissatisfied with their bodies since they became pregnant, and 40% lamented their pregnancies making them more conscious of their appearance.

While the dataset is relatively small, the study’s findings echo what many pregnant women, across the globe, experience — providing a sense of validation, and mounting a critique of the flippant way we talk about women and pregnant bodies.

“There is still a culture that emphasizes being so happy to be pregnant and such. But women’s experience with their bodies changing is significant, and I think there is not always a lot of honest conversations about the impact of that,” noted lead author Rachel Vanderkruik, associate director of research and cognitive behavioral sciences at the Massachusetts General Hospital in Boston.

Last month, when Ranbir Kapoor mocked his wife, Alia Bhatt, for putting on weight during her pregnancy, some were happy to defend Kapoor because this remark was seemingly made in jest. Those who were offended were deemed “too sensitive.” But the cultural context to remarks such as these is laden with anxieties and insecurities — around how women see themselves, both as people and mothers.

With the present study also pointing to more than half of the women surveyed admitting to having battled body image issues during and after pregnancy, the critique of Kapoor’s “humor” begins to seem even more legitimate.

“[M]y body didn’t even change as much as most people. However, the speed of the change was so drastic it had an effect on my sense of identity… It was just surreal to look in the mirror at a body that had been largely the same for half of my life and see something wildly different. It was like recognizing myself — and not — at the same time,” noted a Reddit user. “It’s carried over afterward, and I’m not in a bad place but still reconciling.”

Society’s glorification of mothers means people have been conditioned to view pregnancy as the “happiest time in a woman’s life.” The perception pedestalizes women, and concerns about body dissatisfaction, or even the complications that arise during this time, feel almost minor inconveniences. Pregnancy weight is a blessing, a glow that women should be grateful for, the wisdom goes. However, that doesn’t serve to dilute the body dissatisfaction pregnant women may feel due to existing with heavier-than-before bodies in a world that demonizes weight gain and worships flat bellies.

“[But h]aving a difficult time with the change your body is going through does not mean you’re not appreciating what it’s creating,” explains Jessica Byrd, a therapist from Arizona who wasn’t involved in the present study.

Meanwhile, the narratives around pregnancy being an utter delight to experience can make women feel guilty for having such “selfish, vain” thoughts about the shape of their bodies when they should be basking in the blessed anticipation of their impending motherhood. Often, this guilt ends up inducing shame, further preventing women from reaching out to their support systems. Byrd believes that bottling up one’s feelings, though, can amplify them, rather than making them disappear.

Worse still, the guilt can also discourage people from confronting their own feelings — worsening their mental health. This is similar to what Noel, who got pregnant at 26, experienced. Feeling “unattractive, unhealthy, and totally out of control,” she began “[eating] my feelings” to cope. Soon, it became a vicious cycle, she “ate because she felt depressed, and as she gained more weight, her depression deepened.”

Once she realized the problem, she considered seeking help. However, the cultural perceptions surrounding pregnancy got in the way. “I didn’t want them to think less of me or my ability to be a mother. And it seemed like I was the only [pregnant woman] who felt this way.”

How Do Women Heal From Miscarriage, If Society Won’t Let Them Talk About It?

Researchers acknowledge that sudden changes in appearance during pregnancy can overwhelm individuals — leading many to develop body dysmorphic disorder. But, the sense of unadulterated joy surrounding the very notion of pregnancy prevents a sensitivity towards people whose self-perception and identity are complicated.

Chiming in with their lived experience, another Reddit user also called it a “kind of dysphoria,” adding, “It’s a surreal experience that others might only feel with major medical trauma or medical transitions. It’s a trip. And not always a good one, despite what women are forced to think about it.”

The guilt-and-shame-inducing narrative around how a woman must experience pregnancy is telling of gender-based societal roles that are embedded in our moral fiber. But the social obsession with this narrative can risk driving people to eating disorders, and both pre-natal and post-partum depression — damaging not just the health of the mother, but also her child.

Past research has highlighted the prevalence of different eating disorders among pregnant women — often prompted by an inability to keep up with the changes in their bodies. This can result in miscarriages, premature births, slower fetal growth, and abnormal birth weights in newborn babies.

Moreover, post-partum depression, which has been on the rise since the pandemic struck, doesn’t just impact the strictly physical health of both the mother and the child; it can also make the child vulnerable to neglect — among other things, due to the risk of family breakdown, and even suicide.

As Byrd advises, “[M]ak[e] sure you have people around you that aren’t reinforcing [appearance-related] pressures… It’s someone who can help you take care of your body even when you’re uncomfortable with it.”