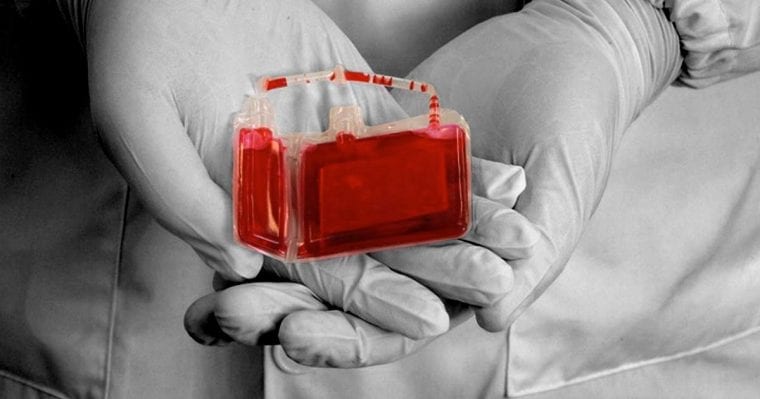 The Indian Academy of Pediatrics has released a statement urging people against investing in private cord blood banking, and asking the government to instead increase funding for public cord blood banking, the Times of India reports. This news should come as a relief to many parents, who may have been encouraged by medical health professionals to pay large sums of money to harvest and store their baby’s cord blood in private banks.

Umbilical cord blood contains hematopoietic stem cells; that is, cells that can reproduce themselves to produce new blood cells. Cord blood cells, as they are otherwise known, have been life-saving for people with blood diseases, immune deficiencies, and genetic diseases. Because of their ability to reproduce, they’re also used for stem cell research and developing regenerative cell therapies.

For these reasons, in recent years, people have started storing cord blood in public or private banks, instead of discarding it after delivery. Over 30,000 people around the world have had hematopoietic stem cell transplantation using cord blood from these banks. Parents have been encouraged to bank their baby’s cord blood privately, so that they can use it should their baby develop blood diseases like leukemia or thalassemia.

But privately storing your child’s cord blood may be a waste of money, the IAP is warning. “Parents’ sense of obligation towards their own children is exploited in this field,” the IAP said. In the statement, the IAP noted that the private cord blood banking industry is misleading parents about the usefulness of banking their child’s cord blood.

In reality, a child receiving their own banked cord blood could be of little help. If the child has a genetic disorder, their banked cord blood could not cure it because it would likely have the same mutation. For example, as Dr. Young-Ho Lee noted in a 2015 article for Blood Research, if the child is being treated for leukemia, using their own cord blood cells might not solve anything, as there’s a chance pre-leukemic and leukemic cells are present in the cord blood itself.

For cases of leukemia, using a donor for cord blood transplantation would also present an additional advantage: in such cases, the donor’s immune system goes to work against malignant tumor cells, whereas a blood cell transplantation containing only the child’s cord blood would not have the same effect.

According to the American Society for Blood and Marrow Transplantation, TOI reports, the chances of a child benefitting from their own cord blood is 0.04% to 0.0005%. The IAP noted that 90% of doctors incorrectly believed that a child’s own cord blood could be used to cure thalassemia in the same child. In that survey, which was conducted among doctors at a tertiary care hospital, 60% of the doctors who responded did not correctly know the conditions which can successfully be treated with cord blood transplantation.

In India, the private cord blood banking industry has an estimated worth of Rs 300 crores; it can cost anything between Rs. 50,000 to Rs. 1 lakh to store your baby’s cord blood for 20 years. A public cord blood bank, by contrast, stores multiple donors’ cord blood. The variety in donors’ genetic make-up ensures that the publicly banked cord blood can be used to treat several different genetic disorders, like thalassemia. Like regular blood banks, blood from public cord blood banks is free to use.

Many private cord blood banks suggest, in their advertising, that privately storing cord blood is a “form of biological insurance,” the IAP said. Private cord blood banks make the argument that future advances in stem cell regenerative therapy could mean that cord blood could one day be used to treat a whole variety of different diseases. However, as Dr. Lee noted in his article for Blood Research, the future of such stem cell therapy is still relatively unclear, and researchers are still in the early stages of trying to figure how one’s own stem cells might be helpful.

This new statement from the IAP should, at the very least, take pressure off parents to store their child’s cord blood. Funding and donations to public cord blood banking are unequivocally beneficial, but individuals should be able to decide for themselves whether or not to invest in private cord blood banking, after being given adequate background on the usefulness of autologous cord blood to make an informed decision. As Dr. Lee wrote, “deciding to use a private CB bank is a personal choice.”