So Close And Yet 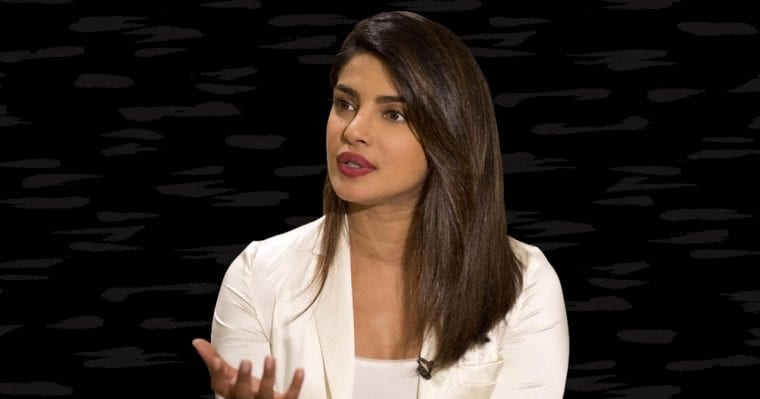 In the midst of wedding fervor and Jonas Brother reunions-cum-Manyavar ads, came a low-key Priyanka Chopra interview with the Times of India, over the weekend, that added her to the list of celebs who could do with better PR advice around #MeToo. While not as egregious as Preity Zinta’s recent #MeToo missteps, it was a missed opportunity to speak well about a cause that seems important to PC. (She was among the first to tweet definitive — if unwelcome — support when Tanushree Dutta revived her allegations against Nana Patekar and helped kick off the #MeToo whirlwind.)

In response to the interviewer commenting that not many Bollywood A-listers had spoken out on the topic, Chopra replied:

“Why does the buck only stop at Bollywood? Does MeToo only exist in this industry? You don’t think there are other women who exist in the country? Do you think the only women who talked about it in the US, if you’re comparing, were actors? They were real women with real issues. Everything that we do starts and stops at Bollywood and five actresses so that you can sell papers. Nothing happens in your (media) industry? Why aren’t we talking about your colleagues? Or that hospital in which a nurse was abused? Or girls who don’t have the ability to sell your newspapers? That’s why the MeToo movement is fizzling out, because other women are not being given that kind of importance.”

Chopra seems(?) to be trying to stress the endemic nature of the abusive behavior #MeToo has brought to light. The problem is, her response, in addition to being remarkably behind the times, carries more than a whiff of the defensiveness which has, ironically, characterized most of the starry responses to #MeToo so far — hence, probably, the interviewer’s question.

If you’re one of the few A-listers to tweet ‘#BelieveSurvivors,’ and one moreover going out of your way to cast yourself as an empowerer of women, you have to be up-to-date with the movement you ostensibly support. You also can’t get defensive. The #MeToo movement has spread far beyond Bollywood — to media, to the arts, to corporate behemoths, to tech and more, but it started in entertainment, and entertainment continues to be one of the highest profile industries to experience its fallout. A spotlight on it matters — and, frankly, should be embraced; you can’t literally court and make your money from media attention one minute, then savage the media for focusing on your industry ‘too much’ the next.

When you do, your response, along with other choices that call into question your support for social causes you say you care about, makes the public question how genuine you are. Funding Bumble is great and all, but putting your money where your mouth is, is better.

In the spirit of helping celebrities be better allies, rather than let PC off the hook for having marriage on the mind (like women can’t multitask), or tell her to shut up, here’s what she should have conveyed instead — and still can, next time:

“It’s unfortunate that a lot of the leaders all industries grappling with #MeToo are either staying silent or getting defensive. #MeToo has sparked the need for self-reflection for a lot of industries, businesses, families and individuals, and it’s important to work through that reflection publicly, to help advance the movement and improve how women are treated in all workplaces, in the home, in all aspects of society. #MeToo and the change it can provoke is just getting started. It’s critical that media attention doesn’t let up on this issue — not just at the top, on high-profile situations in Bollywood, but across all aspects of women’s everyday lives.”

#MeToo | bollywood | celebrity | So Close And Yet