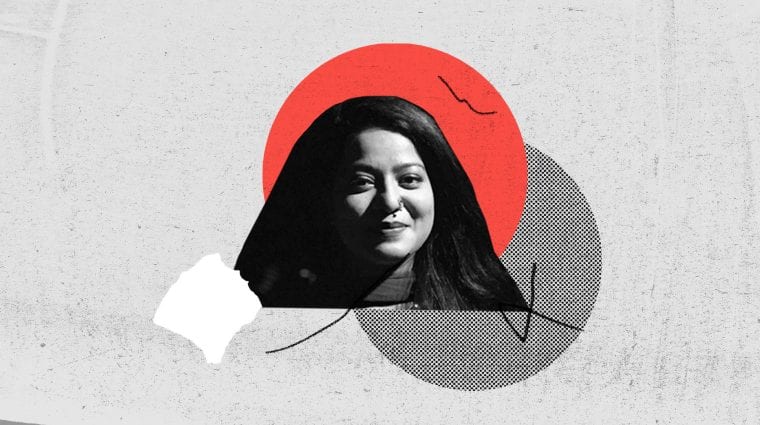 Safoora Zargar is a 27-year-old M.Phil student and activist at the Jamia Milia Islamia university in New Delhi, who was recently booked and imprisoned under the Unlawful Activities Prevention Act. This is a law that gives the government liberty to jail any individual with suspected terror links. However, there has been rising uncertainty over the Government’s use of the UAPA act, with the arrests of student activists like Zargar who protested the NRC-CAA legislation.

Recently, the UAPA has been used in a draconian manner against vocal protesters such as Zargar, who is accused of conspiring to incite communal riots in Delhi in February.

Amid the outrage at Zargar’s arrest and subsequent imprisonment at Tihar jail, news broke that she was three months pregnant. This incited many human rights advocates to rally for her release on humanitarian grounds, which then gained national and international attention. As Zargar’s pregnancy became the focus of a narrative advocating for her release, right-wing trolls began spreading rumors that Zargar’s baby was conceived out of wedlock. Zargar’s character assassination spread with such fervor on social media that her family and friends felt compelled to release her wedding photos on social media to prove the trolls wrong and protect Zargar’s reputation.

How the NRC-CAA Will Affect Women, Transgender People and People with Disabilities

The entire narrative around Zargar’s pregnancy, both from left-leaning human rights activists and from right-wing sexist trolls, centers around using her pregnancy as a tool, first to get her out of prison, and subsequently to assassinate her character. Both narratives tie Zargar’s worth to her pregnancy, rather than to her own value as an individual woman and citizen. For people advocating for her release, Zargar’s pregnancy in prison is useful to elicit empathy for her. For the right-wing trolls, Zargar’s pregnancy was a tool to spread rumors about her having a baby out of wedlock, using her sexual agency to make her seem devious and suspect.

This is not to equate the two approaches — maligning her reputation in an effort to unjustly keep her in prison is bigoted; framing different narratives to get her out is benevolent. What these have in common, however, is they reduce Zargar to a helpless pregnant woman, and momentarily derive her worth from her reproductive ability. For a bigot looking to shame a woman, there is no better fodder than her sexual identity, which is both the easiest to malign and often, in more conservative societies, the most painful to endure.