Falling Through The Ice 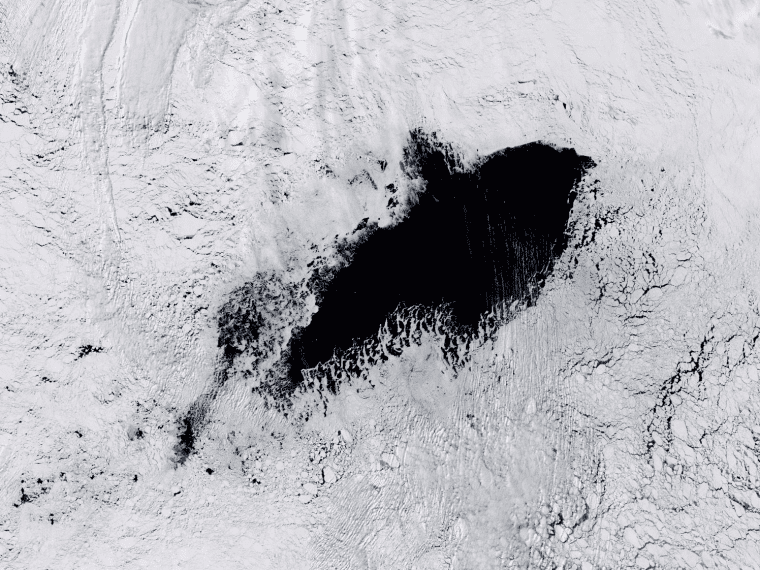 In a study published in Science Advances last week, scientists from the Middle East, the U.S., and Australia found these plumes of warm air have been causing ice holes to develop infrequently in Antarctica, even during cold winters. Though rare, the size of the holes are significant. The first hole, observed in 1973, was California-sized; a second one, Italy-sized, developed as recently as 2017.

After analyzing satellite records and climate data, the researchers found these holes, called polynyas — areas of open water surrounded by sea ice — were formed by atmospheric rivers carrying heat and moisture from the coast of South America to the polar environment, warming the sea ice surface and making it melt. “I was surprised to see an almost immediate melt in the sea ice covered by the atmospheric rivers during the coldest months of the year in Antarctica,” Diana Francis, an atmospheric scientist from the Khalifa University of Science and Technology in the UAE, told Nature Middle East.

“Under projected future climate change, the frequency of [atmospheric river events] is predicted to increase by ~50% globally … and will entail stronger and more effective mechanisms for the atmospheric transport of high levels of integrated water vapor between the low-/mid-southern latitudes and the Antarctic Ocean and continent,” the study notes.

This could have global implications. In a cyclic effect, in which global warming leads to more polynyas, an increasing number of polynyas would also speed up climate change, since dark, open waters absorb more heat from the sun than white ice.

Experts had hypothesized in the past that atmospheric circulation resulting from cyclones can also pull floating sea ice in opposite directions, leading to polynyas. The present study, too, notes that the melting is facilitated by a variety of effects, including the effect of atmospheric rivers on cyclone dynamics.

“The atmospheric rivers also make the storms more intense because they provide more water vapor. They are linked, not independent,” Francis told New Scientist. With even cyclones predicted to increase due to global warming, it remains to be seen whether more polynyas emerge in the near future.