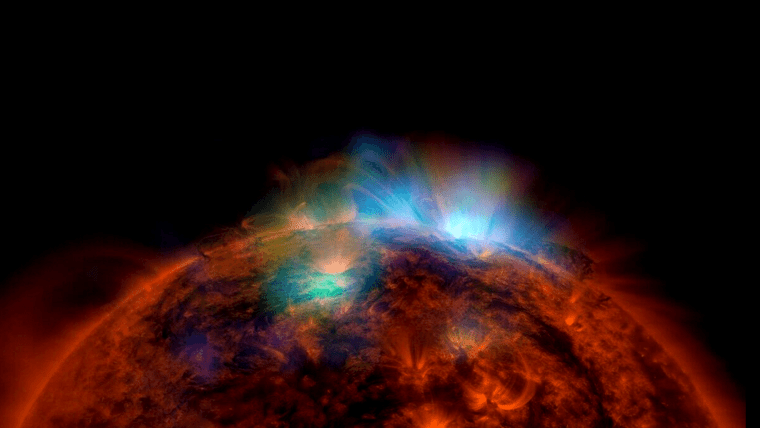 Last year, scientists observed a curious phenomenon around the Sun: the star had become “unusually quiet” in comparison to its galactic siblings. We know stars as old as the Sun become inactive as they age, but it was never fully understood why, and how, this process unfolds.

A new study offers a theoretical underpinning to the mystery — middle-aged stellar objects (almost 4.6 billion years old) tend to experience a “midlife crisis,” and this happens due to dramatic changes in their activity, linked to changes in the magnetic field and rotation rates.

Published in Monthly Notices of the Royal Astronomical Society: Letters on Wednesday, the theory is among the first to explain the unusual signs of weakened activity astronomers have noted for a while in middle-aged stellar systems. It also forms the foundation to understand how the stars may evolve long term.

So far, what was known about the inactivity of a star is they experience a process known as “magnetic braking” — when a stream of charged particles, known as the solar wind, escapes from the stars over time, draining the celestial body of its angular momentum. Eventually, the outflow causes middle-aged stars like the Sun to slow their rotation over billions of years. The slower rotation is linked to a weakened magnetic field and low activity. When stars are inactive, their ability to produce sunspots, flares, and outbursts reduces — because any activity is linked to how strong the magnetic field is.

The result of their midlife crisis is middle-aged stars lose the ability to generate magnetic fields and become “sub-critical or less efficient.” The researchers simulated models of magnetic field generation in stars to illustrate this. Once this happens, the star exists in two distinct states: a “low-activity mode” and an “active mode.” More often than not, the middle-aged star, such as the Sun, switches to the low-activity mode and loses much of its momentum as solar winds continue.

“Observations of sun-like stars show a sudden transition to an inactive phase. Stellar activity such as sunspots, flares, plasma wind output reduce for middle-aged stars that are about 4.6 billion years old,” Prof. Dibyendu Nandy, a professor at the Indian Institute of Science Education and Research (IISER) Kolkata and one of the researchers who participated in the study, told the Hindustan Times.

The finding also potentially explains the problem with techniques to measure the ages of stars older than the Sun. Astrophysicists use a technique called gyrochronology, where they estimate the age of a star based on its rotational periods. However, when a star goes through its “midlife crisis,” the relationship between its rotation period and age breaks (as it gets slower), so the tool to identify ages may prove inadequate.

“This hypothesis of sub-critical magnetic dynamos of solar-like stars provides a self-consistent, unifying physical basis for a diversity of solar-stellar phenomena, such as why stars beyond their midlife do not spin down as fast as in their youth, the breakdown of stellar gyrochronology relations, and recent findings suggesting that the Sun may be transitioning to a magnetically inactive future,” Nandy said in a press release.

What is also interesting is how this theory explains the phenomenon of “grand minima” in the Sun, marked by low activity and low spots in recent years. The last time the Sun was this inactive was during a period called the “Maunder Minimum,” from around 1645 to 1715.

We know even stars have a life cycle — with the origin and death of a star proving to be a fascinating pocket of exploration. Research about the “middle part” of their cycles, the transition from activity to a relative lull, allows us to visualize the mysteries with greater clarity.