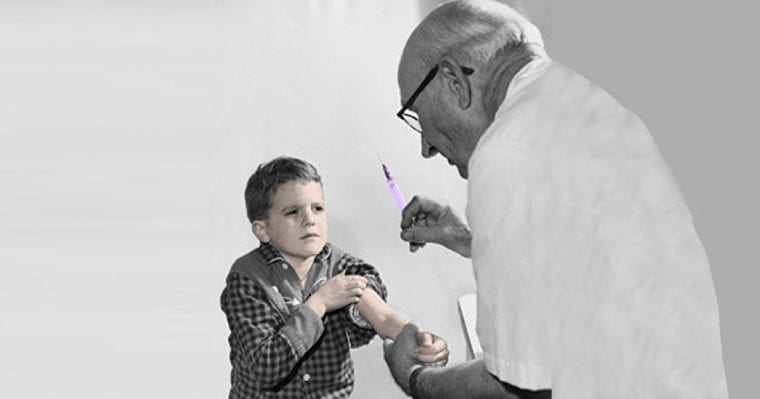 Since 2006, when the HPV vaccine first came to market, the conversation around it has centered around protecting girls and women from cervical cancer, which can develop from a human papillomavirus infection. It’s one of the few examples of the world prioritizing women’s health and acting preventatively, with startling benefit: one recent study found a 40% population-wide drop in HPV-linked precancerous cervical lesions since the introduction of the HPV vaccine.

But the one, critical aspect of eliminating HPV infection — and thus, most cases of cervical cancer — has been left out of the conversation: preventing HPV in men and boys, too. Men are often unwitting spreaders of HPV, which is passed via sexual contact; many don’t even know they are carriers, as the infection typically has no clear signs or symptoms. But not only can they infect sexual partners with HPV, if infected themselves, men are also susceptible to similar tissue changes, caused by the infection, which can develop into cancer.

“There are two reasons for boys [and] men to get vaccinated against HPV,” says study author Dr. Thomas Harder, a team leader in the immunization unit of Robert Koch Institute, a government-funded disease control organization in Germany. “First, not only women, but also men can suffer from HPV-related cancer. Beyond cervical cancer in women, also anal cancer and penile cancer in men, as well as head and neck cancer in both sexes, can be caused by HPV. HPV vaccine is able to prevent more than 90% of chronic HPV infections in women as well as in men. Moreover, the second important reason is that vaccinated men also protect their partners against infection with HPV, a phenomenon called herd immunity.”

This gets little attention, in part because the male cancers linked to HPV infection make up a small percentage of male cancer cases; while cervical cancer — of which HPV is the most common cause — is the second most-common cancer for women in India, the cancers that an HPV infection puts men at risk for don’t make it into the top five most common cancers for men overall. But when you add together the number of men and women protected from cancer by the HPV vaccine, its impact is clear — and worth the investment.

Yet, India has been slow to embrace the HPV vaccine; while Delhi and Punjab have included the vaccine in their public health programs (though only for girls), earlier this year the national Ministry of Health and Family Welfare inexplicably refused to include the HPV vaccine in its national immunization schedule. “The data will only start coming in when we are able to follow up with girls who have been vaccinated for 20, 30 or 40 years,” Anant Bhan, researcher on bioethics, global health and policy, told Scroll at the time. “So we need good post-marketing surveillance.”

We have that data. Again and again the HPV vaccine has been proven to prevent HPV infection and the type of tissue lesions that can lead to cervical cancer. Now, though Dr. Harder and his team say there is need for still more research, we are beginning to have similar evidence for men and boys. Both the US and the UK have already approved the HPV vaccine for use by men and boys.

Typically, making the case for men’s health would do nothing but hasten activities that promote women’s health. But in this case, it’s still likely to be an uphill battle. Gay men stand to benefit most from an HPV vaccine for boys and men. Unfortunately, most arguments against the HPV vaccine are rooted in an all-too-common conservatism that finds both female sexual agency and homosexuality unacceptable. In order to solve the public health problem that is HPV, India must change its mindset, as much as it must offer the vaccine to its boys and girls.