Study Links Air Pollution With a Million Stillbirths a Year 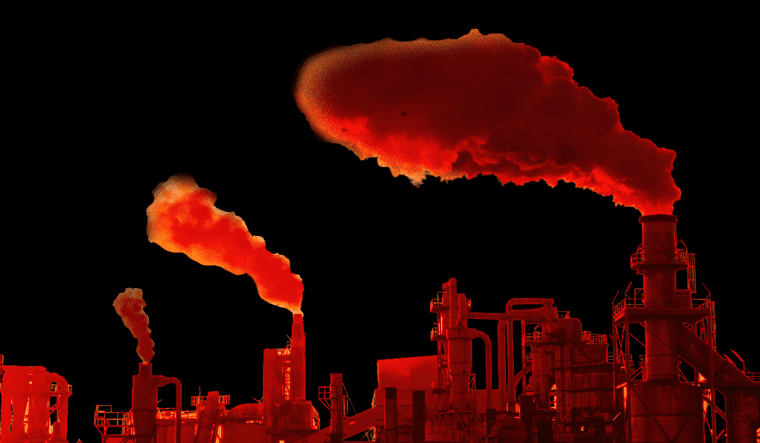 A global study has linked fine particulate air pollution to almost a million stillbirths a year. This is the first global analysis to explore the association between stillbirths and exposure to pollution particles smaller than 2.5 microns (PM2.5), focusing on analyzing the number of fetal deaths in low- and middle-income countries (LMICs). Based on their findings, the study’s authors noted that reducing pregnant women’s exposure to PM2.5 can improve maternal health and address the unequal global burden of stillbirths.

The study analyzed over 45,000 stillbirths and live births and found that PM2.5 exposure contributed to almost 40% of stillbirths in 137 countries in Asia, Africa and Latin America. Their findings also revealed that women’s risk of stillbirth due to pollution exposure increased with age.

Published in the journal Nature Communications, the study used data between 1998 and 2016 from 54 LMICs to estimate the number of PM2.5-related stillbirths across 137 countries. The researchers used a PM2.5 reference level of 10 micrograms per cubic meter (10 μg/m3), finding that a “10-µg/m3 increase of PM2.5 is associated with an 11.0% increase in the risk of stillbirth.”

The biological mechanisms underlying this link between PM2.5 exposure and stillbirths remains unclear, though the authors explained that these fine particles could be crossing from the mother to the fetus through the placenta, possibly causing embryonic damages. In fact, a 2018 study found toxic pollutant particles in the lungs, livers and brains of fetuses. Further, PM2.5 exposure during pregnancy could also reduce oxygen transfer to the fetus or cause placental abnormalities – all possible causes of stillbirths.

Air pollution has been linked to several reproductive health concerns, including higher rates of miscarriages, low birthweight, premature birth and other pregnancy-related complications. Previous research has already established a link between pollution exposure and the increased risk of stillbirths. However, the related disease burden has remained unclear, especially in LMICs where 98% of all stillbirths are concentrated, the researchers noted.

In 2020, UNICEF estimated that “a stillbirth occurs every 16 seconds somewhere in the world.” However, neglect towards this significant public health concern undermines its negative impacts on women’s physical and mental health. The latest study stated that stillbirths are not only linked to health concerns such as bleeding, infections, psychological trauma and secondary infertility, but also come with the burden of high economic costs. The analysis then makes a case for stillbirth intervention which can “promote maternal health and sex equality.” Highlighting the importance of understanding the linkages between air pollution and stillbirth, the study’s authors noted, “Current efforts to prevent stillbirth focus on medical service improvements but compared to clinical risk factors, environmental ones are usually unseen.”

However, The Guardian reported that the World Health Organization (WHO) slashed guideline limits on air pollution levels in 2021, reducing the annual average exposure limit to PM2.5 from 10 to 5μg/m3. While over 99% of pregnant women were exposed to PM2.5 levels above the previous limit, all women part of the study experienced exposure above the current limit of 5μg/m3, the study said. “Due to universal exposure to air pollution, it is one of the most important contributors to global stillbirth,” Dr. Tao Xue, an author of the study, told The Guardian.

The study’s authors further noted that “efforts to promote maternal health were unequal for different adverse outcomes, and interventions relevant to stillbirths are inadequate.” They noticed that while the global number of stillbirths declined between 2000 and 2019, no decrease was visible in many of the LMIC countries analyzed – reflecting the geographic inequality in healthcare access and interventions to prevent stillbirths. Understanding the impacts of exposure to environmental risks, then, become significant to efforts aimed at improving maternal health.

“Meeting the WHO air quality targets could thus prevent a considerable number of stillbirths,” the researchers concluded, adding that clean air policies and personal protection measures such as masks and air purifiers might protect vulnerable women from undue exposure. The fraction of stillbirths that might be prevented through reductions in PM2.5 remains uncertain, professor Gregory Wellenius, director of the Center for Climate and Health at Boston University told The Guardian. However, Wellenius, who was not a part of the study, also added that the latest study “adds to the abundance of scientific evidence showing that reducing air pollution levels would improve the health of people around the world, particularly among the most vulnerable individuals.”