India Is the Second‑Biggest Manufacturer of Sugary Beverages Globally: The Lancet 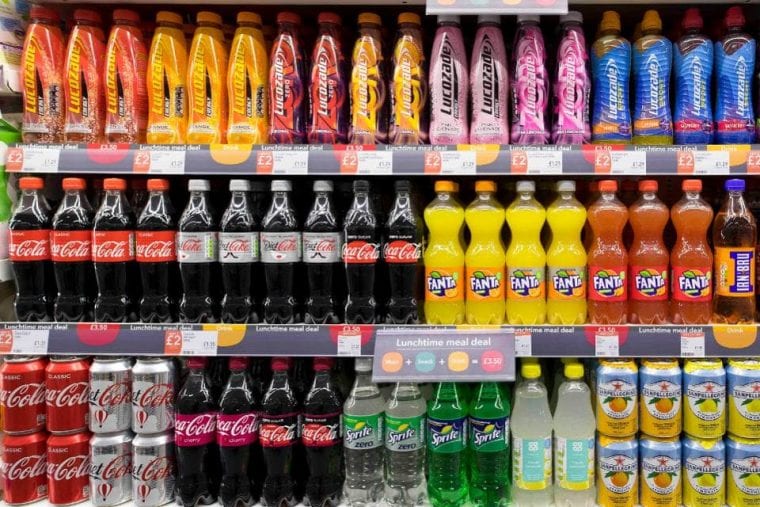 India is the second-largest manufacturer of sugary beverages among the top five global markets, according to a medical journal, The Lancet. Although the per person sale of sugary drinks is low in India compared to other countries, the consumption of these drinks is on the rise.

According to a 2016 Economic Times report, India consumed 44 bottles of sugary beverages per person; by 2021, this number is expected to nearly double to 84 bottles per person per year.

This, The Lancet states, is adding to the country’s burden of malnutrition, and through lack of nutrition, to both obesity and underweight burdens.

“These countries are expected to become major markets for sugary beverages in the next decade. The speed of change is particularly important in understanding how this nutrition reality is shifting,” The Lancet stated.

Sugary drinks, even those marketed as 100% fruit juice, have zero-to-little nutritional benefits and come with a lot of calories, according to the University of San Francisco’s Benioff Children’s Hospital. For instance, a glass of packaged, sweetened juice contains 180 calories, which would be similar to eating three chocolate chip cookies. And drinking just one glass of soda every day for a year equals consuming 55,000 calories, or, gaining 6 kg in a year.

“The human digestive system is not designed for drinking calories,” states the hospital’s website. “Drinking soda, juice, sports drinks, and other sugar-sweetened liquids does nothing for your hunger, even if you consume hundreds of calories. As a result, sugar-sweetened beverages are often wasted calories.”

The consumption of these sugary drinks, combined with a sedentary lifestyle and limited physical activity, is not only adding to the country’s obesity burden but also causing an increase in the incidence of lifestyle diseases such as diabetes, hypertension and chronic kidney disease, especially among Indian youth aged between 5 and 19.

Sugary drinks are also contributing to India’s underweight burden. Consuming them makes one feel full quickly, leading to a reduction in the amount of food one eats. This ultimately leads to a decrease in the amount of nutrition one consumes, too, thus failing to provide enough energy, fat, or protein.

This undernourished and underweight burden, stated The Lancet is also contributing to a rise of infections by weakening immunity. “There is a strong relationship between malnutrition and infection. Poor nutrition leaves children underweight, weakened, and vulnerable to infections,” states a 2007 global study of the link between malnourishment. The Lancet report also states that among all ailments, infections were the most severe health issues faced by Indians.

It is for these reasons, states The Lancet, that India’s position as the second-largest seller and manufacturer globally of soft drinks doesn’t signal any good news.