Taylor Swift’s ‘The Man’ Is Somehow Both Revolutionary and Banal 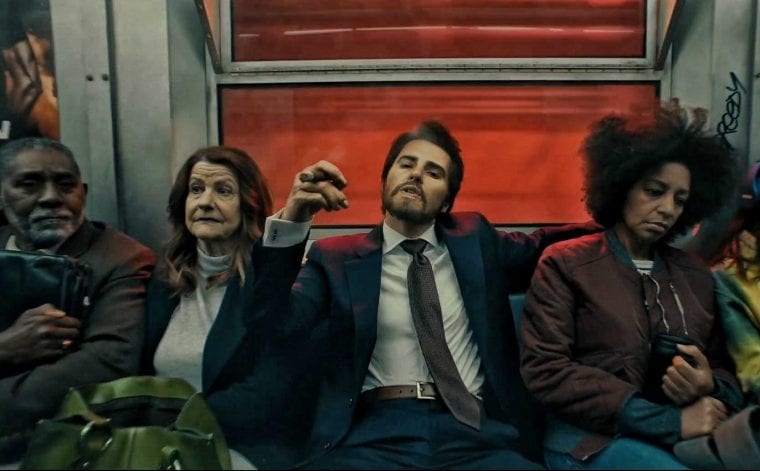 In 2015, Sarah Hagi, a writer, tweeted a prayer that immediately went viral:

Five years later, the quip is still going strong, having broken out of Twitter into popular discourse, casual conversation, and now — a music video. Because Taylor Swift’s new single and music video “The Man” seems, if anything, the ultimate visualization of Hagi’s words.

In it, Swift — in character as a wealthy, white dude, which is revealed only at the end of the video — yells at employees, yells at umpires, yells at service personnel, pats a child on the head, and surrounds him(her)self with scantily clad models. Throughout, he is adored for his actions. And underneath it all runs lyrics such as, “I’m so sick of running / As fast as I can / Wondering if I’d get there quicker / If I was a man” and “Cause if I was a man (if I was man) / Then I’d be the man.”

And Swift has always been relatable — it’s her brand, her calling card. The most disliked she’s ever been has been when she has stuck a toe out of her safe bubble of commercial relatability, trying to be just enough of a social crusader to satisfy fans without ever seeming comfortable with their causes. The result was platitudes to progressivism that had fans and critics calling co-option and commercialization, with headlines like “The Queasy Double Message of Taylor Swift’s ‘You Need to Calm Down’” “Allyship or queerbaiting? How thirsty pop stars are courting LGBTQ audience” and “Taylor Swift Dropped A Song About Gay Rights, But People Are Questioning Her Motives.”

But perhaps that’s because those causes weren’t hers.

Swift’s most successful art has always been confessional — deeply personal if, yes, banal. And perhaps that’s why “The Man” seems to hit the mark in a way Swift’s previous, halfhearted and commercial forays into social commentary have not: She’s experienced the struggle. The artist has been increasingly vocal about her struggles against sexism and the music industry’s overwhelmingly male executives, and the vigor with which she brings to life the mediocre white man in it, his confidence, and his rewards, speaks to a personal stake in this game. This is the video Swift has been dying to make. (She directed it.) And not for nothing, it’s the social cause she’s best suited to take on; part of the backlash against Swift’s earlier efforts at championing progressive issues has been not only her tepidness in execution, but also the tone-deafness of positioning herself as a victim when she is (by comparison) an extremely privileged, white, cis, straight woman.

The video isn’t particularly intellectually original — although it does have some subtle flashes of genius, like the Man’s face on the money, the generic ‘Women’s Charity’ beneficiary of the tennis match, and the repeated and explicit skewering of Leonardo DiCaprio (both real-life Leo and The Wolf of Wall Street Leo). It draws from well-trod cultural material around male privilege, spurred by real-life events large and small — from casual manspreading on the subway to Serena William’s display of anger (and penalization) at the U.S. Open in 2018.

Still, the video is, perhaps, one of the most overt skewerings of white male Hollywood privilege and glorification that we’ve seen from within the music industry — an industry that has managed to insulate itself from much of the #MeToo and #TimesUp fallout and (albeit slow) change that the film, TV, and media industries are undergoing. Doctor Luke — alleged rapist and abuser of Kesha — remains a successful producer and her lawsuits against him have faced setback after setback, virtually stripping her of her music career. And the 2020 Grammys were overshadowed by controversy around the swift firing of the female president of the Recording Academy after she sent a memo calling out, among other things, the organization for being a “boys’ club” — only two years after the then-(male) president said women needed to “step up” to see success in the industry and receive recognition.

And that is what makes Swift’s video revolutionary, if not in thought, at least in action: It’s a shot across the bow, from an insider, at all of the mediocre white men who gained adulation and power by mere dint of their confidence that they deserve it. Swift identifies the common enemy of all of the causes her fans have been longing for her to take up. It’s the most relatable stance of all.

But it’s worth remembering: “‘Cause if I was a man (if I was man) / Then I’d be the man.” Swift, compared to many of her fans and their struggles, and many of her fellow (minority) artists, isn’t as far off from being The Man as she’d like to believe. Here’s hoping Swift knows it. Because that would be the most relatable and revolutionary — skewering in the video of all.