The Last Courtesans of Bombay: A Break With the Past In Episode 3 of our podcast series, The Last Courtesans of Bombay, a mother-daughter courtesan duo reflects on their divergent paths, and how much this matrilineal culture has changed in just one generation.

English Translation of Episode 3: A Break With the Past

Host Kunal Pirohit: Zoya, how long have you been in this industry for?

Zoya: I have been in this industry for 8 years now.

Host Kunal Pirohit: And how about your education? What have you studied?

Zoya: I haven’t studied much. I studied till the third class in Mira Road. After that, we came to Bombay and we had to let go of our school. Things were going smooth here when we suddenly faced some problems and hence, had to come into this industry.

Zoya: When I started off, I didn’t know how to dance. I used to go to dance bars, but there was no dancing there. We had to just stand there. After that, when I started going to mujra, I saw that the women there danced so well. So, aunty would smack me on the feet! It would never be very hard. She would say, if I couldn’t dance, how would I learn, how will I earn? So, she would constantly push me to learn. She would keep giving me cold looks when I couldn’t get it right. She told me she would whack me in front of customers. Fearing such an insult, I started learning how to dance. (Laughs)

Zoya: Earlier, mujra dancers were conservatively dressed. Now, the more revealing they are, the better it is for business. So, the kotha managers also encourage us to ‘dress well.’ They mean as revealing as possible. This used to not be the case, earlier.

Host Kunal Pirohit: How do customers select which kotha to go, because there are so many of these at Congress House?

Zoya: Generally, customers walk around and check all the rooms out. They come and see where the women are good-looking and then, based on what they see, they decide where to go.

Zoya: Let’s say, there is a new customer who has walked in for the first time. So, you have to look at them, smile, so that he selects you. Women think, if he selects me, I’ll earn some money and get a new customer. So, at first, you dance for them and then customers exchange numbers.

Zoya: Such private performances used to not take place earlier. But, now they are common. The private performance happens in the same room. So, whenever a customer requests for a private performance, everyone else except the dancer and the customer leaves the room. Often, during the dance, the guy tries to touch the woman and exploits the situation. The man is not allowed to touch the woman, but because she’s alone, he tries to do these things. The dancer can’t say much because she knows if says anything, he’ll patronize someone else. These days, most girls are here only to earn good money. They don’t care about the morality of it.

Zoya: Some boys came from this neighborhood in Mumbai called Dongri. They said they liked me and wanted to meet me outside the kotha. My kotha’s Madam, said if she agrees, she can go; it was her decision, she said. I had already told her that I won’t like to go.

It depends on the women, right? But, those guys insisted. The Madam told the guys that they can’t do anything against my wishes. Lots of other men also came. Finally, the police had to be called. The Madam said that we had only agreed for a performance, we never agreed to meet them outside. Then, how could they insist on such things?

Zoya: During my mother’s time, there was respect for us. She knows that it has gotten worse but she hasn’t faced it, so she doesn’t know how bad it is. We fight these circumstances every day. So, my mother doesn’t understand what we feel; she has no clue what we’ve been through. She tells me to eat, but there are days when I don’t even feel like having food. I keep thinking about what all has happened in the day. You feel hurt but you can’t say much. But you can’t discuss this with your family. Just come home, have dinner and sleep. I don’t have anyone to share all this with; it gets heavy keeping it inside, but I must. If I tell my mum, she’ll feel terrible and worry a lot. I don’t want her health to be affected. It has taken a lot for her to feel better and get healthy again.

Often, I keep thinking about my life, thinking what’ll happen, when will I leave this and settle down. I replay everything that has happened in my days. I can’t share it with anyone; I just keep thinking about it. If I had a friend, I would have been able to share it. But I don’t even have such a friend.

Zoya: I’ll have to keep working till my family settles down, till my younger sister gets married, till my elder sister’s son sets up his professional life. When all this is done, I’ll happily walk away from this work. I don’t enjoy this work. Only I know how I survive, working through this. 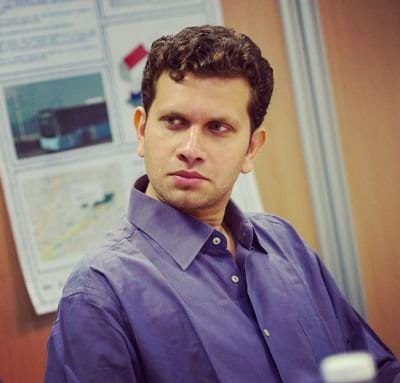