The Mothers in ‘Euphoria’ Deserve Their Own Backstories 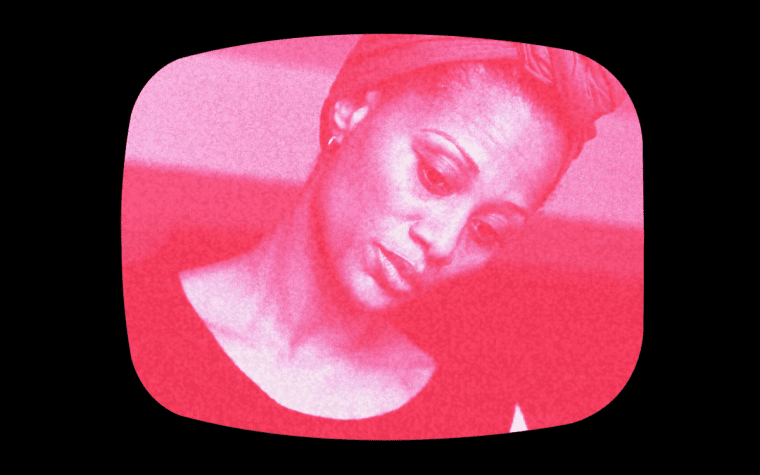 A common thread connects Rue’s and Gia’s mother Leslie, Cassie’s and Lexi’s mother Suze, and Nate’s and Aaron’s mother Marsha. It’s that they struggle under the weight of absent father figures for their children, and of being the sole parent to deeply flawed teenagers. It’s easy to forget, amid all the drama and chaos of the previous episodes this season, that the children of Euphoria-ville have families that are watching their travails with as much horror and fascination as we are, if not more.

Leslie, however, has it the worst. Episode six of the second season begins with Rue giving her the acknowledgment that was due, after the previous episode’s heartbreaking, drug-induced condemnation of Leslie as a mother. But we have known — and Rue has also known — that Leslie is doing her best. Her endless reserve of patience and fortitude keep Rue alive. Her love is what is keeping Rue from death’s door for the moment. As much as we see what holds Rue above water for now, we hardly see what keeps Leslie afloat.

“My mom is one of those rare people,” says Rue in her voice over. “Say what you want about Christians, but at least they believe in forgiveness,” she adds, just as we catch a glimpse of young Leslie in a gospel choir. Is this, finally, the backstory we’ve been waiting for?

Alas, it is not. It makes me wonder why we had that infamous Cal backstory and not Leslie, even as her character has been widely praised for being a nuanced exploration of blackness, addiction, and motherhood. Contrary to racist and stereotypical depictions of black mothers, Leslie is patient and nurturing, always there to catch Rue when she falls rather than “disciplining” her the hard way.

It leads us to wonder whether Leslie grew up with addiction around her, too. Has she been a caregiver before she became a parent? Leslie is arguably robbed of her backstory, especially given that she, too, lost Rue’s father and had to care for him too in the last stages of his life. Who is Leslie beyond a caregiver? What drives her?

Before we spend too long pondering these questions, we move to Marsha and Suze, whose husbands have both walked out on them and their children. Marsha is not complaining at this turn of events. Having become a single woman and mother just an episode ago, seeing her getting wine-drunk and dancing is a refreshing break from the narrative of spurned wives we’re so used to onscreen. Marsha is celebrating the freedom from her husband’s noxious presence in the household; his stranglehold over his wife and two sons finally released.

She advices Nate not to marry the person he loves during high school, tells him that she made that mistake and presses the fact that she used to be hot. In a way, Marsha is also mourning the loss of her prime years, having fallen for an abusive man who lied to her about who he was. But as her heart-to-heart with Nate gets deeper, she expresses an unspoken fear: what has Cal done to his sons? Nate is a hard nut to crack, and this episode was about whether he is his father’s son or whether he would be liberated now that his father is out of the picture. It turns out, unfortunately, that it is the former. Marsha is aware of this, and she worries about whether it was her fault, whether she could have done something different to stop Nate from growing into his father against his own wishes.

And then, there’s Suze. Thus far portrayed as dysfunctional and a closeted alchoholic, Suze stumbles through her role as a mother as best as she can. She isn’t afraid to call Cassie’s victim complex out. (“She needs a fucking exorcism” may have been among the show’s greatest lines ever spoken).

It is in this episode that we truly see how tired Suze is. Does she win “Mother of the Year?” Perhaps not. But she stayed, and she’s doing her best while coping with her own abandonment. Suze is a descendant of the June George archetype — the Mean Girls-esque “Cool Mom” who gets it. She dances and twerks with the girls in their parties, discusses boys, allows her daughters to get drunk on occasion, and is overall one of the girls.

Except she isn’t, because the defining feature of this archetype is that “Cool Moms” are embarrassing. But what prompts her to be this way? If Euphoria is a show that subverts stereotypes about commonly appearing high school drama characters, it doesn’t do much to deconstruct Suze as a product of our cultural imagination about bad or cringe mothers.

As different as they all are from one another, Leslie, Suze and Marsha are forced to watch their children suffer and throw themselves into a path littered with bad decisions. They don’t pick up after their children, though — a refreshing departure from the motherhood cliché of unconditional acceptance and love. But something else drives all three of them, who now try and often fail in filling the void left by their spouses. They watch haplessly as their kids hurtle into self-destruction in the absence of their fathers, unable to do much about it.

The episode begins and ends with Euphoria’s mothers in various stages of confusion, helplessness, distress, or exhaustion. When Cassie follows Nate, Suze just watches her daughter leave, heartbroken and helpless at being unable to save Cassie from her own stubborn foolishness. When Nate brings Cassie home, Marsha watches this strange girl enter her house, nobody having asked for her opinion on what that might mean but above all, showing a hint of fear for the girl who doesn’t know Nate like she does. For one, she never doubted for a second that Nate didn’t actually choke Maddy last season; and she is aware now that his abusive tendencies may just get the better of him. And Leslie, finally, is begging and weeping on the phone with a rehab facility, lamenting that her daughter may kill herself if she isn’t admitted. In other words, she has reached the end of her rope, and is no longer sure whether she can save Rue beyond a point.

All of these mothers blame themselves, all of them try to compensate for an absent father, and all of them fail at being the best they can be — at least in their own or their children’s estimations. They stand testament to the fact that Euphoria has not yet extinguished the potential for backstories — the mothers are people in their own right and they, along with the kids, are not alright. It would be a shame to see them recede into the background after this episode, after we’ve seen who they are as mothers, but not who they have always been as people.