Where Is the Wonderland

The Psychology of Why We Fall Down Internet Rabbit Holes 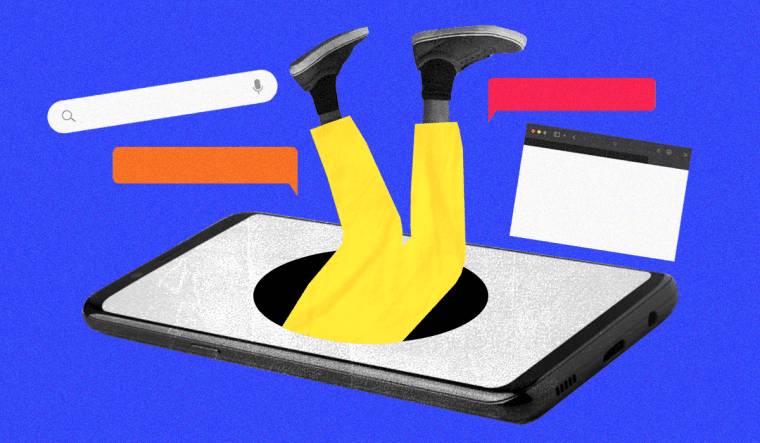 The exploration started with a quick movie search, and ended with a glossary of words related to Catholicism. Welcome to my Sunday night adventures on the internet — the wonderland with rabbit holes beyond counting. We’ve all slipped, slithered, or voluntarily slid through these digital passages; a quick Google search reveals the popularity of YouTube, Instagram, Twitter, and Reddit rabbit holes in particular. Time passes in mysterious ways during these adventures. “nooooo, stop me before i fall down the rabbit hole that is early 90s europop,” worries one soul. The other more valiantly accepts their fate and says “there’s no turning back” from a Web3 rabbit hole.

We know scrolling is addictive; the ways of the internet and divine powers of the algorithm have made it thus. But why do we sometimes get obsessed with an esoteric topic, chase it down a rabbit hole till we end up somewhere totally different, and suddenly know more than we ever need to? Seriously, I don’t think I’ll ever need to know what “toton” means (it’s Quebec French for boob).

“In its most purely Carrollian sense, then, to fall down a rabbit hole means to stumble into a bizarre and disorienting alternate reality,” Kathryn Schulz wrote in a brilliant piece about the cultural value of the phrase borrowed from Alice’s Adventures in the Wonderland. “These days, however, when we say that we fell down the rabbit hole, we seldom mean that we wound up somewhere psychedelically strange. We mean that we got interested in something to the point of distraction—usually by accident, and usually to a degree that the subject in question might not seem to merit.”

The most instinctive answer is this behavior reflects peak human curiosity. According to a study, people spend an average of eight minutes at a time going down YouTube rabbit holes. The neuroscience of curiosity tells us that learning bits of information activate various regions in the brain — including the substantia nigra, ventral tegmental area, and hippocampus. In 1994, George Loewenstein proposed an information gap theory that holds “curiosity functions like other drive states, such as hunger, which motivates eating,” and “small amount of information serves as a priming dose, which greatly increases curiosity.”

Why People Are Suckers for a Good Conspiracy Theory

There is an element of surprise in this odyssey of the undiscovered that adds to the pleasure. Anything that surprises cognitively means the person is caught unaware that something — a piece of information in this case — existed at all. Some studies have established a link between surprise and an increased drive to learn, and how it also plays a role in cognitive development. “More specifically, the surprise is your brain’s way of alerting you to pay attention, which in turn activates curiosity, excitement, and wonder—key elements to absorbing information,” explained BreoBox. “Surprise helps us learn, and think more flexibly and creatively.” New, unbidden information we chance upon can then result in four times the serotonin influx — which the body always welcomes.

Then, there is the strong lure of avoiding a task or work at hand. The brain avoids forming obsessions that block the body’s ability to sustain itself — not being able to focus on one thing for too long then becomes a way of self-preservation. That makes these digital gateways easier to get into.

Arguably, my favorite idea relating to what makes these random explorations so tempting is that there is a certain mystique to the idea of being in “transit.” There is a sense of time spent as part of another world. Schulz recounts the original story, where “Alice falls for quite a while—long enough to scout out the environment, grab some food off a passing shelf, speculate erroneously about other parts of the world, drift into a reverie about cats, and nearly fall asleep. Sounds like us on the Internet, all right.”

But, “in the current use of ‘rabbit hole,’ we are no longer necessarily bound for a wonderland. We’re just in a long attentional free fall, with no clear destination and all manner of strange things flashing past.” The old chestnut about it’s not the destination that matters, but the journey gains new meaning.

A typical rabbit hole is about four-to-six inches wide, but an internet rabbit hole stretches infinitely to the limits of imagination. It’s accidental, almost always unique, and leaves behind remnants that may or may not stay with us. Much like Alice, the unpredictability and accident of it all are what makes rabbit holes enchanting. As Carrol wrote of this world: “We’re all mad here.”

human behavior | internet culture | psychology | Where Is the Wonderland