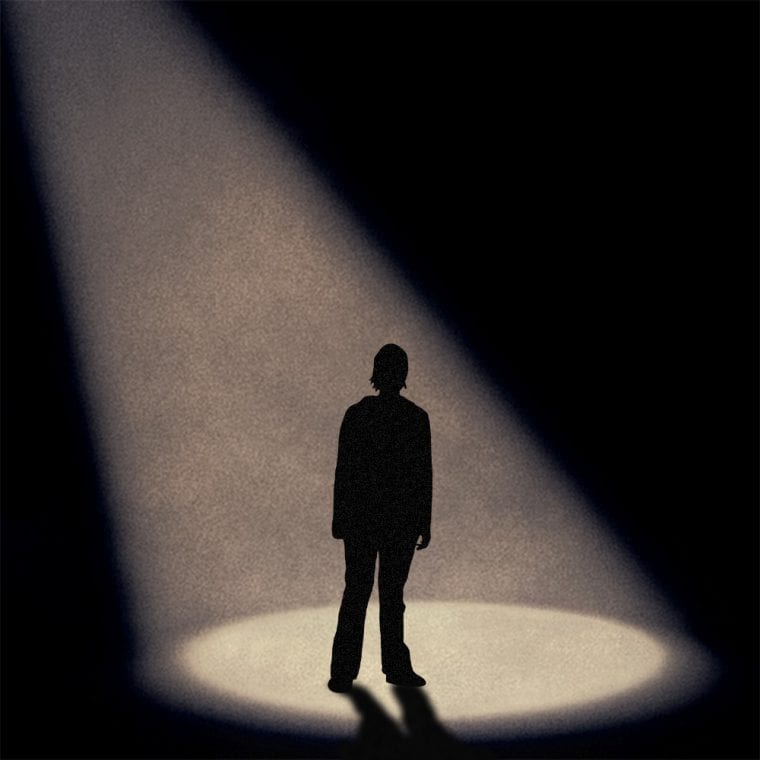 Have you ever felt overly conscious of a tiny coffee stain on your shirt during a meeting, wondering how your colleagues must perceive you as utterly unprofessional? Similarly, when you have a sudden zit on your face, do you find yourself constantly worrying that it’s the only thing about you that your friends will focus on at dinner? If you have experienced either of these, then you probably know what the ‘spotlight effect’ feels like.

Coined by American psychologists Thomas Gilovich and Kenneth Savitsky, who co-authored a study on the subject in 2000, the ‘spotlight effect’ is a term used by social psychologists to refer to a cognitive bias, where individuals grossly overestimate the attention people are paying to their flaws. This spawns the belief that that everyone is observing our smallest moves, and keeping a close note of our failures — as if we were under the spotlight.

This impression of constant scrutiny by others, can not only lead people to subject themselves to undue social pressure, but also lead them to experience unnecessary anxiety in social settings. While experiencing a moment of self-doubt is perfectly normal, the ‘spotlight effect’ leads us to treat our blunders in an overtly severe manner. It can also cause them to become an over-apologizer.

Published in the Journal of Personality and Social Psychology in 2000, a study by researchers at Cornell University demonstrated that while the subjects, who were asked to wear a t-shirt they found embarrassing, believed that 50 percent of their classmates had noticed it — less than quarter actually had. Subsequently, in 2007, another study exploring the interplay between ‘spotlight effect’ and social anxiety subjected the participants to a memory exercise. They found that the participants who were told that the test would be recorded and reviewed, exhibited “higher levels of the spotlight effect, and more negative evaluation of task performance.”

The Inability To Experience Pleasure Is Called Anhedonia. But Why Does It Occur?

Experts believe that, typically, since we are acutely aware of our own behavior and appearance, we tend to forget that people around us might not be as focussed on those things. “Basically, it is the result of egocentrism. We all are the center of our own universes. This is not to say we are arrogant or value ourselves more than others. Rather, our entire existence is from our own experiences and perspective,” which we use to “evaluate other people’s thoughts and behaviors,” Nathan Heflick, a senior lecturer of Psychology at the University of Lincoln in the UK, wrote in Psychology Today.

However, it wouldn’t be entirely accurate to say that people don’t notice our behavior at all. But, even if they do, they don’t spend as much time dwelling on it, as Rodolfo Mendoza-Denton, social psychologist at the University of California, Berkeley, explained. “While you’re stuck ruminating, people have likely moved on. No big deal,” he added. A 2002 study, published in the Journal of Experimental Social Psychology, suggests that the ‘spotlight effect’ stems, in part, from a failure to appreciate the extent to which people around us are preoccupied with managing their own actions.

Nonetheless, the ‘spotlight effect’ can be debilitating for people, who already experience social anxiety. “With social anxiety, the spotlight is felt in a blazing, behavior-changing, self-conscious, judging, and ultimately paralyzing way,” Eileen Purdy, anxiety therapist and author, said. Experts also suggest that acknowledging the existence of the ‘spotlight effect,’ and being conscious of it, can also help in minimizing its impact upon us. On the other hand, if it constantly gets in the way of life, experts believe that cognitive behavioral therapy can help correct the negative thought patterns birthed by the ‘spotlight effect.’

Acknowledging the impact of the ‘spotlight effect’ in preventing us from getting over setbacks at work, Sian Beilock, cognitive scientist and former professor of psychology at the University of Chicago, wrote in The Financial Times, advising: “We live in an imperfect world. We will inevitably make mistakes at work or embarrass ourselves among colleagues… Thankfully, most people are self-absorbed and not paying much attention to us. When we accept that, we’ll be able to shake anything off.”