Too Far For A Day Trip 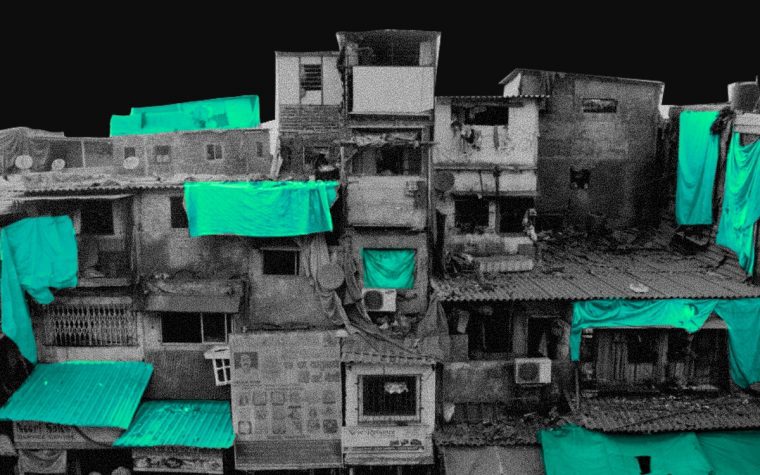 TripAdvisor is currently drawing tremendous flak online for putting poverty up for sale. The reason: it is offering a walking tour of New Delhi’s slums. Priced between Rs. 1,200-1,800, the tour promises tourists a sneak peek into the lives of slum-dwellers through an elaborate itinerary that concludes with “Tast[ing] a cup of tea and shar[ing] your thoughts with us.”

This isn’t the first time media — in the form of advertisements, influencer posts, or social media coverage — has managed to turn poverty into an “aesthetic.” With Dharavi, a slum in Mumbai, beating even the Taj Mahal — a literal “wonder of the world” — as a more popular tourist destination, it’s no surprise that travel companies want to profit off the interest of the socio-economically privileged in the living conditions of their underprivileged counterparts, by positioning the latter’s struggles, misery, and systemic exploitation as objects of entertainment all in the name of “informing” and “educating” a modern audience.

On the face of it, turning urban deprivation into a profit-making venture seems like an exercise in voyeurism — one that reduces slum-dwellers into something akin to animals on display in zoos. However, proponents of slum tourism may believe that it can help dismiss the idea that slums are ruled by misery and corruption, and even enable privileged tourists to look beyond the doom and gloom — noticing the entrepreneurship and camaraderie at play there.

“You might have certain ideas about Dharavi, maybe from Slumdog Millionaire, but we show you a very different side… how this is a place of business, how people work, how people make small but very successful businesses, how there’s a variety of aspects here [facilitating the] classical, educational aspect of tourism,” Fabian Frenzel, author Slumming It: The Tourist Valorization of Urban Poverty, had told Forbes in 2016. In other words, the claim is that slum tours give tourists a glimpse into a reality they may never experience — or even truly grasp — otherwise.

Moreover, as an article on Vice argued, “Is it any better to travel somewhere poor and spend your entire time on a beach while pretending that slums don’t exist next door? I hate to say it, but going to Rio and drinking beer while ignoring the favelas doesn’t make you a paragon of virtue.”

What Happens to Right to Housing When We Call People ‘Encroachers’

However, what that perspective suggests is that the slum tourism industry enriches the privileged — at the cost of those without half-as-many privileges. Ethically, then, the argument for slum tourism appears to be terribly shaky ground — especially given the price it exacts from the slum-dwellers themselves.. “Slum tourism is a one-way street: They get photos; we lose a piece of our dignity,” Kennedy Odede, a Kenyan social entrepreneur, who grew up in Kibera, Kenya’s largest slum, wrote in The New York Times in 2010. And at the end of the day, dignity really isn’t something one can slap a rate card on.

“I was 16 when I first saw a slum tour. I was outside my 100-square-foot house washing dishes, looking at the utensils with longing because I hadn’t eaten in two days. Suddenly a white woman was taking my picture. I felt like a tiger in a cage. Before I could say anything, she had moved on,” Odede noted.

Evidently, the critical element of informed consent, too, is often missing from slum tours — most of which lack the informed consent of the people whose lives and stories are put on display.

Describing yet another tryst with slum tourism, he added, “[Two years later, during a documentary shoot at the same slum] we passed an old man defecating in public. [The filmmaker] took out her video camera and said to her assistant, ‘Oh, look at that.’ For a moment I saw my home through her eyes: feces, rats, starvation, houses so close together that no one can breathe. I realized I didn’t want her to see it, didn’t want to give her the opportunity to judge my community for its poverty — a condition that few tourists, no matter how well-intentioned, could ever understand.”

If that’s the way the subjects of the tours feel, then any attempt to defend the burgeoning slum tourism industry becomes an exercise in helping exploitative capitalists escape their conscience.

To add to that, slum tourism can also be extremely disruptive to the lives of the inhabitants. A report by The Guardian on slum tourism in New Delhi describes an instance of tourists bombarding a doctor at the railway medical center with questions about the kind of accidents common in the locality, and the number of unwanted pregnancies that take place, among others. “The questions keep coming. Eventually, the doctor points out that she has to give her attention to the boy slumped weakly in front of her desk. ‘There are a lot of patients waiting,’ she says firmly, and the group is ushered out,” the report noted.

How the Design of Our Cities Reflects Caste, Class Anxieties

One might argue, though, that having witnessed the living conditions in slums, privileged tourists might be provoked into improving them in one way or another. But if Odede is to be believed, that is a rather utopian notion. “The expectation, among the visitors and the tour organizers, is that the experience may lead the tourists to action once they get home… But it’s just as likely that a tour will come to nothing,” he had written. “Slums will not go away because a few dozen Americans or Europeans spent a morning walking around them.”

The question, however, is whether the inhabitants of slums can, in any way, benefit from people’s interest in their lives. In some cases — like that of South Africa in the early 1990s, where residents themselves began offering tours to draw global attention to the unbridled human rights violations in their localities — the answer is, perhaps, yes. What separated it from the endeavors of a company like TripAdvisor, perhaps, is the fact that the inhabitants themselves exercised their agency and choice, here, and used people’s interest as a means to improve their situation.

But, in general, slum tours hardly benefit the residents — often, not even in instances where travel companies claim they’re sharing profits. As Frenzel admits, “[T]hese tours are often combined with some notion of charity. So the tour operator will say some of the money you give us will flow into a project here in the neighborhood, or we’ll do this, or we’ll do that with some of your money. Or we employ local guides. [But] so very little of the money that is spent on these tours actually end up in the places being visited.”

The exercise also creates a narrative, where the lives of those without economic and social privilege are monetized to a great extent. When on display, their struggles mean something. Otherwise, the same people are stripped of basic humanity and personhood. Slum tourism, then, constructs a world where tourists look at slum-dwellers through the gaze of their privilege, never quite questioning or critiquing the power dynamic. Yet, as dystopian as it might sound, slum tours will probably continue as long as it continues to generate profits.

As Babloo, then a 10-year-old in New Delhi’s slums, breathing in correction fluid, had told The Guardian, “I don’t know why people come and look at us.”