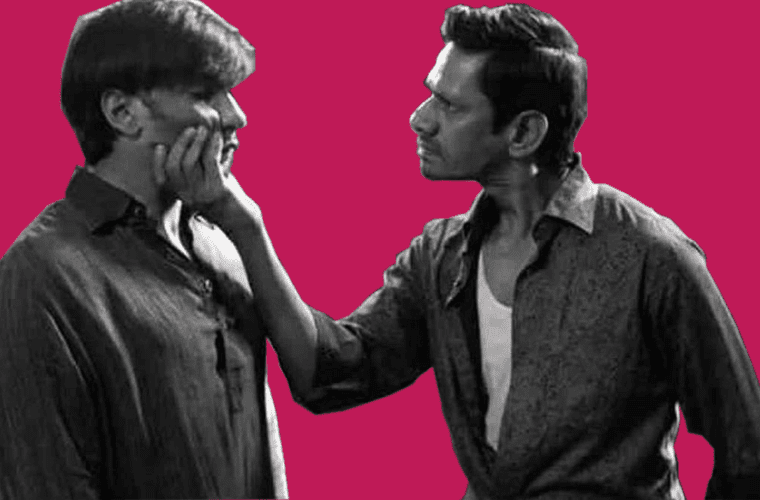 It was supposed to be a day like any other. I had friends from college over to work on our monthly newsletter and hoped to goodness my father would be in a good mood and leave us be. Turns out, he hardly bothered us. This was because he was physically assaulting my brother.

When I came to know of this after it happened, I tried to confront him. His fury, however, was too much to process. The assault had involved scratching my brother’s face, slapping him and throwing him on the bed, among other things. This behavior did not stem from too much drinking. My father is the most social of all drinkers, hardly finishing five beers over a weekend. And while nothing can and should justify physical assault of any kind, my brother’s crime in question was the fact that he hadn’t cleaned his room. After the incident, my brother was heavily criticized by my family for having had a breakdown immediately after, at school, since it led to people coming to know what was happening within the four walls of his home.

What strikes me most about the incident, which happened three years ago, was how easily everything slipped back into whatever we called normal soon afterward. Despite the fact that I alerted numerous family members, including my father’s mother, to his violent behavior, my father was never chastised for it. He was questioned and then condoned, while we were silently shushed till our repetitive cries for help lost all meaning. And this marked me forever.

For most millennial Indian readers, this is uncomfortable, but sadly, very familiar territory.  The idea of the male authoritarian, and the expected behaviors by and around him, are handed out as psychological inheritance from generation to generation. My first lesson was, unsurprisingly, taught to me by my mother, who excused my father’s “outbursts” as normal male anger that he was supposedly growing better at handling by the day. To the world, my father is a man who is gregarious and kind, largely liked by everyone because of his unassuming manner. Anything that clashes with this narrative is met with discomfort and then quietly dismissed. These include the stories of his emotional and physical abuse, of which, mostly everyone, including members of his friend circle, knew.

Why did no one speak out for us? Because, culturally speaking, interfering in another man’s life and household is inadmissible. As part of an absolute hierarchy, the Indian male is not accountable to anyone. Whoever challenges him for emotional capital is excommunicated from our immediate circle, as was witnessed by the few relatives who did try to intervene or stand up for my brother and me. This pervasive lack of accountability is by far the worst of all the lessons my family taught me in Toxic Masculinity 101: As a man, no one will hold you accountable. Especially when you perpetuate abuse against women. For example, my stepbrother happily pinches and pulls the hair of his female classmates. And he is just labelled as naughty. This normalizes the idea that violating girls’ (and by extension, women’s) bodies against their consent is just playful fun and not a serious offense.

The second lesson followed soon after; like my brother and stepbrothers, I wasn’t ever given the space to cry because it was unmanly, leading me to become a sullen and moody child, overflowing with suppressed emotion. Being gay saved me from this cage of masculinity. Indian men are largely actively discouraged from practicing emotional self-regulation because they are taught they have no need for it. Their wives and female relatives are expected to perform this, and a myriad other tasks, for them. When a man behaves unexpectedly or improperly, “like a compass needle that points north, a man’s accusing finger always finds a woman. Always,” writes Khaled Hosseini in A Thousand Splendid Suns. One of my classmate’s descent into drugs was, by popular opinion, his girlfriend’s fault. My brother’s attempts at standing up for himself, which were infantilized and deemed “acting out,” was my dead mother’s fault because she passed away. The same goes for my father’s anger.

But the double standard is easy to spot; women are responsible for their own breakdowns. My aunt is to blame for her marital woes. My stepmother initially blamed herself when her first husband cheated on her, “since she had been paying more attention to her autistic son.” Another aunt apparently destroyed her sister’s marriage — she seduced her brother-in-law, whom she “should have stayed away from since he was a well-known philanderer.” Women who exhibit their sexuality and/or cannot keep their husbands in check pay a price for it in social capital.

Standing up to male authority figures almost always comes with a price. For me, my coming out of the closet and professed atheism eventually led to a clash of values between my father and me (to put it mildly), which was exacerbated when I tried to hold him accountable for his abusive and emotionally violent responses over the years. The postponed stand-off continues, oftentimes to grim and unresolved emotional consequences.

This pattern is not a new one. My father famously said he could hardly be in the same room as my grandfather. He also fiercely defended him (and, needless to say, his mother) from criticism if barbs came from anyone except himself — once even going so far as threatening to break his sister’s teeth when she fought with their father. And therein lies the problem; authoritarian cultivates authoritarian in an endless cycle, each refusing to accept and truly love the other, but demanding absolute compliance from the next generation. My father refuses to accept me, and constantly psychologically abuses me, in an attempt to make me fall back in line.

Celebrated pop culture rhetoric doesn’t help to challenge this normalcy. Instead, it reinforces it. Kabhi Khushi Kabhi Gham, for example, has peddled the normalcy of male unaccountability to its viewers for generations while suggesting that emotional standoffs magically disappear into tearful reunions after years of separation. Regrettably, our lived experience tells us otherwise. While time heals wounds, it does not alter power dynamics. It merely worsens them — particularly with the Indian patriarch. The only way forward is accountability. And as history tells us, anyone in power that feels challenged will not take well to it.

Though these narratives are slowly changing, we cannot deny that the cultural monoliths of the past still exert their pressure on the Indian psyche. Most Indian millennials face the familiar choice between swallowing their own emotional needs in the parental equation, or being cast away as the black sheep of the family. Culturally, we are taught to bend, bend, bend over backwards and then shrink into the ground to make more and more space for our father-bullies. Girls and women are expected to do the same for their husbands — and then they are criticized for picking abusive ones. Boys and men are taught, repeatedly, that if and when they choose to act this way with their spouse and female relatives, it will be condoned, even enabled.

Where does this cycle end? For me, it took years of therapy to accept that I was being emotionally and physically abused. It took me even longer to reject this form of parenting as love — because we simply cannot teach young people that screaming at and hitting people behind closed doors is that precious thing.

I have personally vowed not to accept these deviances in my family life. In private, I have begun holding my family members accountable for their abusive behaviors. I refuse to accept anything less than humane treatment, and I refuse to have anyone gaslight my feelings. In doing so, I risk isolation, stigma and marginalization from my own family. But it is a price I am more than willing to pay for my own physical and mental well-being.

Based in Paris, Dev Moraes (pseudonym) has a BA in English Literature and an MA in International Affairs. He writes fiction and non-fiction around issues of gender, queerness, politics, language and foreign policy. He loves dogs and all kinds of food and thinks the world would be a different place if we all tempered our discourses with love, vulnerability and empathy. His favorite authors are Gabriel Garcìa Marquez, Arundhati Roy and Philippa Gregory.

See all articles by Dev