Uttar Pradesh to Launch a ‘Happiness Curriculum’ in Primary Schools 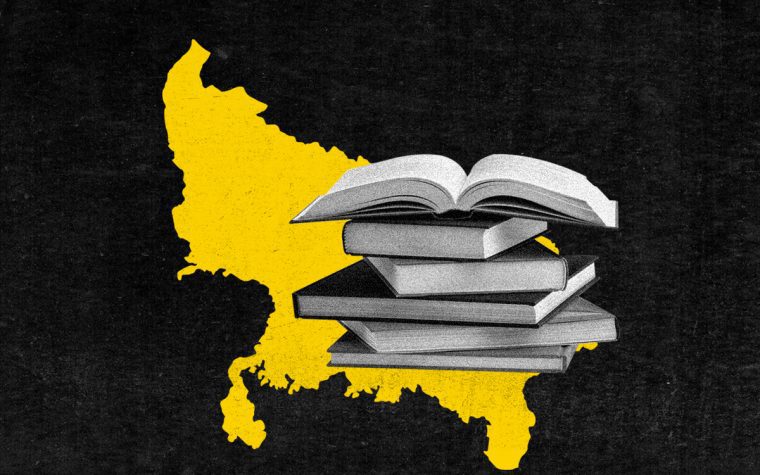 Indians are deeply unhappy. This year itself, India ranked 139 out of 149 countries in the annual World Happiness Report 2021 — finding itself toward the bottom of the index for the seventh consecutive year.

“Despite our country’s economic progress, India is constantly going downwards in the happiness index. … This indicates a lack of holistic approach towards development,” Pranab Mukherjee, the former Indian President, had said in 2018 after India dropped to 133rd place on the index.

Since then, the national capital — followed by Andhra Pradesh, Chhattisgarh, Uttarakhand — have placed their reliance on the “happiness curriculum” to remedy the “dismal” state of affairs. Uttar Pradesh is the most recent of them, as the government announced a similar module in primary schools. The objective of the curriculum is to “enable [students] to connect with themselves, family, society, nature, and the country… [and] help them understand interrelationships,” The Indian Express reported.

In U.P., the pilot project will be introduced for students from grades one to eight from April 2022 — in 150 schools across 15 districts in the state. At present, the curriculum for students in U.P. is being prepared through a workshop involving participation from 32 teachers.

But what is included in the “happiness curriculums” to ensure they actually “make a difference,” and don’t go down the annals of history as yet another tokenistic venture?

Student Who Missed Exam Due to Depression Should Be Given Second Chance: Gujarat HC

An article explained how the program was implemented in schools of Delhi, mentioning four layers. These include: “becoming mindful and attentive — developing increased levels of self-awareness, developing active listening, remaining in the present”; “developing critical thinking and reflection — developing strong abilities to reflect on one’s own thoughts and behaviors, thinking beyond stereotypes and assumptions”; “developing social-emotional skills — demonstrating empathy, coping with anxiety and stress, developing better communication skills”; and “developing a confident and pleasant personality — developing a balanced outlook on daily life reflecting self-confidence, becoming responsible and reflecting awareness towards cleanliness, health, and hygiene.”

In other words, it is similar to a life-skill session in school, but with a greater focus on emotions and happiness.

“In the last 30 years we have produced a lot of workers for industry, a lot of workers for factories… but we have not been developing good human beings… Education has to serve a larger moral and societal purpose and cannot be looked at in isolation from the needs of society. Even as we aim for economic equality, we must strive for ‘happiness equality’ as well,” Manish Sisodia, Delhi’s deputy chief minister and minister of education, had said in February 2018 while announcing the program in the national capital.

Given that the happiness curriculum has been in force for over three years now, researchers have been able to find out whether it, well, works. And, turns out, it kind of does. Published in 2020, a report indicated that on the one hand, the program helped students develop better relationships with their teachers, improved their focus, and led them to participate more in class; and on the other hand, it also enabled teachers to prioritize mindfulness, besides better relationships and cooperation among students, over academic success. In addition, students also became more flexible to changing their teaching orientations and “design classes according to students’ needs and interests,” the report noted.

“Teachers are telling me that they themselves are finding a lot of calmness, a lot of improvement in their behavior because they also sit into mindfulness with their students,” Sisodia told NPR.

It is the implementation of the curriculum that remains a challenge, however. Reports suggest that not every school that is supposed to implement the curriculum has taken it seriously. “Anecdotally, I know in some schools they are just another box-ticking exercise… Teachers have not really bought into it,” Geeta Gandhi Kingdon, chair of education, economics, and international development at University College London, who also teaches at a private school in Lucknow, India, told The Washington Post.

Another government school teacher, Bharati Dabas, interviewed by the publication, said, “If we have 80 students in our class, how can we keep track of every kid in just 35 minutes?” — citing the problems with implementing the curriculum in overcrowded classrooms with skewed teacher-to-student ratios.

The notion of a “happiness curriculum” in schools deserves greater attention in the aftermath of the mental toll the first and second waves took on students. Under lockdown, their mental health deteriorated — not just in India, but across the globe due to the loss of regularity, the stress of living through a pandemic, grief, and academic stress. “I’ve faced many struggles during the pandemic. I am fatigued by the lockdown. The inability to attend regular classes at school and meet my friends has affected me. I am stressed and very uncertain about what the future holds,” a 15-year-old student from Bengaluru had told The Live Love Laugh Foundation last year.

In the present day and age, “happiness” is often reduced to a buzzword now. How we train students to perceive happiness — alongside empathy and mindfulness — can, in the long-term, potentially prove to be a healing force. While the program does appear to be a step in the right direction, the key to its success lies in its implementation.

So, perhaps, now — more than ever — a “happiness curriculum” could be useful in mitigating the pandemic’s impact on the mental health of students. Researching on ways to adapt the curriculum and investing in surveys to understand what is working and what’s not — seems like a good step forward as we figure our way out from the “mass trauma” that Covid19 spawned in the last two years.