Who Deserves a Home

What Happens to Right to Housing When We Call People ‘Encroachers’ 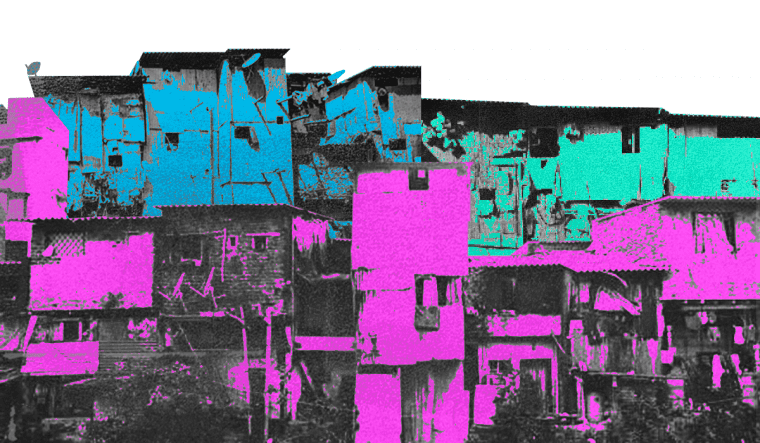 The story of Jahangirpuri’s residents is not an isolated one. For hundreds of Muslims in the area, their homes and shops were demolished in an “anti-encroachment” drive. In reality, this looked like people losing their livelihood, dignity, and shelter — as they were locked into lanes by the police while their properties were demolished. Yet, people cheered and commended this valiant step to tackle the menace of “illegal encroachers” — a sign of Islamophobia and anti-poor policies clutching tightly on a polarized nation.

Callousness cuts to the core of this response, and language is key to understanding why. How do people, displaced because of socio-economic reasons, become “encroachers,” “land grabbers,” or “illegal”? These terms pack much malice and strip them of humanity. It inevitably changes our cultural idea of who deserves a home, and how we, as a state, deal with the right to housing interventions.

“India’s housing crisis is characterized by the politics of land,” wrote Shivani Chaudhry, Executive Director of Housing and Land Rights Network India. There remains “an acute shortage of low-cost housing, manifesting in rising homelessness and the prevalence of inadequate settlements with tenure insecurity and abysmal living conditions; forced evictions, land acquisition, and displacement; and real estate speculation.” Some estimates show more than 17% of the Indian urban population lives in these inadequate settlements; some three million urban dwellers are homeless.

The crisis of home and shelter plays out differently in the public consciousness. Ideologically, slums are seen as a “blight” on a city’s landscape; the focus on building “slum-free” cities means low-income settlements are eagerly obliterated but without providing adequate housing to the people who live here.

The notion of “impurity” and “second-hand” citizens becomes inextricably linked to the people residing in these areas. In Jahangirpuri, for instance, most residents work as ragpickers or waste collectors; belonging to low-income families, and oppressed castes And so, the prejudicial treatment meted out to them perpetuates class- and caste-based discrimination — with certain sections of people being perceived as less human in comparison to others.

Why We Need To Stop Calling People ‘Illegal Immigrants’

This homelessness is then manufactured, and the term to define the people thus displaced furthers the idea that housing was never a fundamental right. These demolitions and evictions, in the name of “anti-encroachment drive” or solving the menace of “land grabbers,” at their core, exist as anti-poor, anti-migrant worker policies.

Moreover, calling people “encroachers” or “illegal” is widely interpreted by human rights activists as a “slur” and “pejorative.” “It strips people of the dignity and humanity to which they, like everyone, are entitled to,” The Swaddle noted last year. The term encroachments, when used more and more by the state to justify cruelty, only works to alienate the people. “Beyond linguistics, these terms alter, and ignore, a grim social reality.”

In 2019, land rights advocates hailed the Delhi High Court’s judgment on restricting the forced eviction of slum dwellers. “The right to housing is a bundle of rights not limited to a bare shelter over one’s head,” the court said. “It includes the right to livelihood, right to health, right to education and right to food, including [the] right to clean drinking water, sewerage and transport facilities,” as well as the right to enjoy the freedom to live in the city. And real, living, breathing people must not be viewed as “encroachers and illegal occupants,” but as citizens who have a right to rehabilitation.

When we otherize people, we also expect them to adhere to unrealistic standards to claim something as basic as shelter. Many low-income groups are expected to meet an “eligibility criteria” to apply for free housing; the rungs on the ladder include extensive documentation and awareness about different schemes. The Supreme Court in 2017 upheld that the state must conduct a survey of people eligible for rehabilitation, and “carry out a meaningful rehabilitation of each person.” This courtesy is rarely extended to low-income groups as their claim to personhood is never quite accepted. “We did nothing illegal. Why were we punished? This is our livelihood,” said Rahima, 30, who lives in Jahangirpuri.

“This is evident in the policies of the Delhi Development Authority and Mumbai’s Slum Rehabilitation Authority, which focus on forcibly moving residents into dense, poorly-constructed, high-rise structures, thereby freeing the land for public-private partnerships with commercial interests that benefit affluent residents and real estate developers,” Chaudhry explained. “Instead of helping to improve living conditions of the urban poor, this redevelopment model entrenches prevalent poverty in high-rise structures, privatizes public land, and reduces the already minimal land area occupied by low-income residents.”

Arguably, the right to housing would mean having the right to occupy the land people already live on; and then access legal and financial resources to build their homes. But when we treat some people as “second-class citizens,” who by virtue of their class or caste do not deserve homes, even make-shift solutions like inadequate tenements seem enough. According to the UN Special Rapporteur’s Basic Principles and Guidelines on development-based Evictions and Displacement, no individual should be rendered homeless because of an eviction. The disregard for these guidelines leads to an uncomfortable interpretation: these are not individuals in the eyes of the ruling majority, but inconveniences.

Last year, the Supreme Court allowed the eviction of thousands of migrant workers living in the Khori Gaon settlement — all in the midst of a pandemic. “Poor and migrant workers in cities have little choice but to make homes on public land because the state simply will not provide for them…The people of Khori Gaon are acutely aware that they are unwanted by the political and bureaucratic establishment that gave them voter IDs, Aadhaar cards, ration cards, and other identification,” researchers Manju Menon and Kanchi Kohli pointed out.

In theory, land serves a social function. Equality in how we distribute land then becomes a means to promote social justice. Recognizing this, and incorporating it into how we think about housing from a legal and social perspective, could then afford dignity to millions of people.

The current demolition sits at the intersections of communal hatred and a socially-inept welfare system. Right to housing, and its active denial to people, become an agent of oppression. “The bogey of ‘encroachment’ has long been used to weaponize the law in Delhi, a city where nearly every structure is in tension with the law,” urban housing researcher Gautam Bhan noted. More than 30% of Delhi’s urban population resides in unauthorized colonies; yet it was a mosque and a Muslim community that became “illegal violators” in the eyes of the public.

These are troubling times. Our cultural idea of home as a necessity is not absolute but circumstantial; it fails to apply to people disenfranchised by virtue of their class, caste, or religion. The project of dehumanization is now complete, amid raucous celebrations.