What Happens When We Sexualize Young Girls 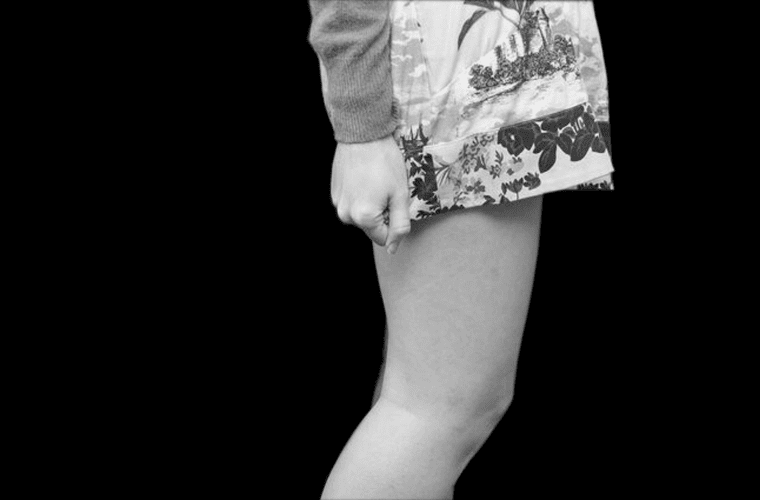 When L.B. was a teenager, she was constantly told she couldn’t wear shorts outside, because it might tempt people. When she felt people’s eyes on her legs, she started covering up. Well into puberty, people would tell her she was “filling out her hips nicely,” which would be “all the better to have children.” This happened everywhere — at the gym, L.B. would hear her trainer snigger while she did squats. At med school, she felt her professors did not take her seriously when she wore pants instead of a salwar kameez. She always felt like she had to make her body less obvious, and protect it from the outside world.

“Even though I still don’t care what other people think, I have imbibed behaviors of dressing, acting, that don’t make me feel sexualized,” she said.

The American Psychological Association (APA) describes the ways in which feel sexualized— when a person feels like their value is derived only from their sexual appeal or behavior, when they are held to a standard of appearance that equates physical attractiveness with being sexy, when they are sexually objectified and made to feel their existence is for others’ sexual use, and/or if sexuality is imposed on them.

The last two examples, the APA says, are the ones we subject children to the most, especially young girls. Sexualization exists on a spectrum, the organization says, with sexualized evaluation, or looking at someone in a sexual way on one end, and sexual exploitation, such as abuse and trafficking, on the other.

Young girls can feel sexualized through the media, when exposed to movies, music, television and advertisements that target their appearance, and by interpersonal communications, through parents, friends, teachers and other family members, according to the APA. If influential persons in a young girl’s life convey sexualized ideas about her, “which is likely given that the sexualization of women and heterosexual interactions are a key dimension of dominant cultural femininity,” the beliefs will be transferred onto the child.

When Sadhika Burman was selected to be in her schools’ swimming team at age 13, she recalls her coach asking her to wax her body so she could look “glam and spotless,” she recalled. “With tournament venues crowded by people my age, I would feel like I had all eyes on me. I believe I was in an age where I was way too old for two-piece swimming suits and still a little young to rock the professional Vs. Today, when I look back, somewhere I still find a very conscious girl. The idea of having bigger breasts and no hair was a little hard for me to follow. Because I had neither.” She made all efforts to ensure every hair on her body was plucked and waxed, and recalled feeling the need to look flawless constantly. “Eventually, as I grew older, I realized I am not bound to do it. Body hair is not a shame to have and absolutely no reason to frown upon,” the now 22-year-old, said.

What Sadhika underwent as a young girl is a phenomenon the APA deems “self-objectification” — a self-inflicted phenomenon when girls internalize an observer’s perspective on their physical selves and learn to treat themselves as objects to be looked at and evaluated for their appearance. There are several theories coined by scholars as to how this happens. One holds that girls learn their gender roles through a process of social reward-and-punishment in interactions with others; other theories suggest that simply existing in a social milieu, or observing people that have imbibed rhetoric around sexualization, will affect the way girls see themselves, even without direct reinforcement. Ultimately, in whichever way young girls see or experience sexualization in society, it is probable they will internalize it, APA says.

Comments on a girl’s body are often experienced as comments on her sexuality, APA says, adding that “such encouragement for girls to look at their bodies rather than attend to their feelings teaches them to treat their bodies as objects to be decorated and made desirable for others; as they mature into adolescence, such looking becomes sexualized.” In such cases, a girl’s relationship with her mother plays a major role in how she looks at herself.

For Neha Kapoor, 21, the first feelings of sexualization were of discomfort about her developing breasts. She was told explicitly to get some innerwear, which made her uncomfortable, embarrassed and made her think the way her body was growing was unacceptable to those around her. When she started wearing bras at her mother’s behest, a whole host of other issues were pointed out to her — by friends, who asked her to reposition her bra; by her school’s principal, who asked the girls to wear a vest over the white uniform so boys couldn’t see their bras; an again by her mother, who chastized her every time her bra strap or cleavage showed.

“The off-putting stare, [which] most of the times I get, started around the time I hit puberty,” Kapoor said. “That’s when the thought struck me that maybe I am turning into a woman, and maybe this is the look I might get for the rest of my life.”

For Kapoor, the relentless sexualization also prompted questions in later life: “Why is there a need to cover our breasts? What’s wrong with not wearing a bra? Why [do] we have to hide our innerwear, irrespective of whether we are wearing them, or [whether] they are just lying with a stack of our other clothes?” At a loss for the answers, Kapoor said she became wary of her body. She got cautious of the clothes she wore — the length, especially. She stopped wearing shorts and skirts, in order to feel less uncomfortable with her body.

“As a grown up, I definitely have more freedom and don’t have to obey to anyone. But the hullabaloo around a woman’s body still persists,” Kapoor said. “Sometimes, it’s easier for me to stop people from commenting on my or anyone’s clothes and body, but also, sometimes being ignorant and going ahead with your own thing is a bliss.”

Sexualization, and the internalization of it, has fostered a society where sexual harassment is normalized, especially against women whose bodies are considered inherently sexual. Studies found that the “most common form of harassment was being made the object of sexual jokes, comments, gestures, or looks; next most frequent was being touched, grabbed, pinched, or brushed up against in a sexual way,” APA reports.

When W.M. was 13, she was shocked at how her body had matured, compared to the spindly kid she had been. By 15, she was in a sexual relationship with an older man “who controlled every single aspect of [her] life,” including how she walked, talked, ate, dressed, lived, and interacted with her parents, she said. “I feel like I grew up in a Stranger Things kind of world. Cookie cutter pleasant on the surface and roiling groping fucking uncles on the flip side.” After a few years away at a foreign educational institution, she realized she needn’t consider herself as “fair game for every groping male.”

But a sense of fear had always accompanied her growing up, when she realized she was not protected, and if she didn’t grow up and do something about the way she was perceived by family and friends, rampant sexualization would continue to happen to her and other young girls in her family.

“Because I faced the actual fear of being much smaller, younger, and less powerful than my predators, facing ones my own size is comparatively simpler,” she said. “Last year, in the wake of the #MeToo [movement], I came out to a lot of them. I named names. I described incidents. It destroyed some relationships and it greatly strengthened others. Childhood sexualization almost always is followed by childhood sexual assault. At least in my experience. Which basically means the elimination of childhood itself.”

While W.M. feels angry toward the way she was sexualized by the men around her, it’s the society who lets it happen, without any warning or care, that she wants to dismantle. “It intrinsically altered who I am, how I view the world, how I protect others,” she said. “So, I focus on those aspects — on never letting sexualization rest without a response to prevent it from transitioning into assault.

Every time I hide, I’m protecting the wrong people.”