What is “Office Housework” and Why Are Women Mostly In Charge of It? 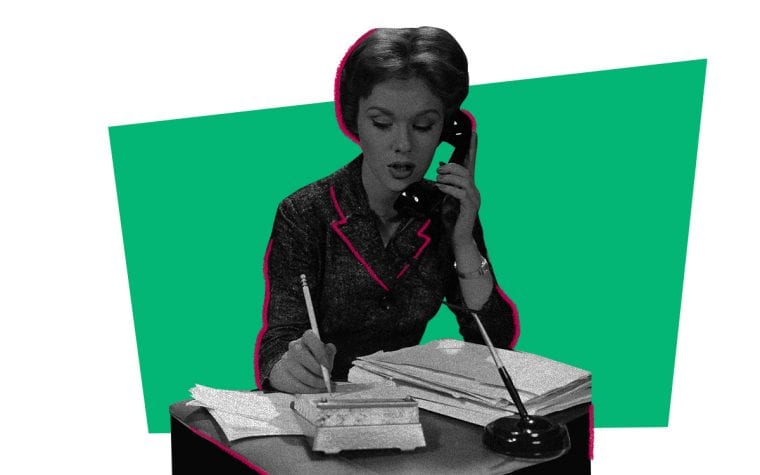 Have you ever noticed how women organize birthday parties for colleagues, are put in charge of food and beverages for office events, or often asked to make coffee for their co-workers? These unacknowledged but common social and administrative responsibilities are called “office housework,” where the onus of performing “domestic” functions often falls upon women workers.

The concept of “office housework” has been around for decades. And despite most workplaces shifting to a work-from-home structure during the pandemic, women continue to be in charge of “office housework” — even if it looks different from before. This ranges from “rounding up people” to attend meetings and seminars, taking notes during events, sending out agendas and action items, and maintaining distribution lists, among other things, according to a survey by Forbes, who spoke to women last August to understand the form “office housework” has taken under the Covid19-inspired work culture.

What puts women in charge of “office housework” is the sexist expectation that women are naturally responsible for “domestic” chores — forcing them to pick up after their male colleagues, simply because of their sex. An article in The New York Times notes that “in keeping with deeply held gender stereotypes, we expect men to be ambitious and results-oriented, and women to be nurturing and communal” — and perpetuate the same stereotype in workspaces too.

In fact, research suggests that both sexes are more likely to ask women to volunteer for “office housework” than men. The expectations multiply when it comes to women who are further marginalized — due to socio-cultural factors like race, and in India, perhaps, caste. “The number of times I was told I had to do all these extra tasks, not in my job description, was infuriating because the men, even the ones who were below me, never had to do menial work,” Hannah, who works as a marketing manager for a film distribution company in New York, told Market Watch in 2019.

A part of this tendency to volunteer can be ascribed to societal nurturing, experts say. Women feel compelled to volunteer for the chores too since they are “conditioned to be helpers” from a very young age. The expectation of office housework exists, perhaps, as an extension of a similar patriarchal bias in homes — where are women considered to be responsible for doing the lion’s share of domestic labor.

Studies have shown that if women refuse to pick up after their colleagues, they are often penalized in the form of worse performance evaluations, and fewer recommendations for promotions, in addition to being considered less “likable” by their peers. Societal conditioning — in addition to tangible repercussions — are, perhaps, the reason why women find it difficult to challenge the status quo.

Performing administrative functions is also perceived differently based on gender. These tasks often don’t count towards career advancements for women — simply because they’re neither a part of their on-paper job description, nor include tasks that are actually counted towards their promotion. “…office housework is unseen and unrewarded. No one sealed a promotion to senior director on the strength of being awesome at corralling conference-call RSVPs or the ‘just-in-time’ replacement of coffee filters,” Jo Miller, who runs an organization focusing on leadership roles for women, wrote in Forbes.

At the same time, if men happen to perform the same chores, their chances of being recommended for promotions, important projects, raises, and bonuses, increase — since it seems “altruistic” of them to go out of their way to help their organizations by performing a function that is considered a natural duty of their female colleagues. “[T]he relationship between office housework and promotion… was statistically significant for men, but not statistically significant for women,” a study from 2020 notes.

Study: People Who Believe Workplace Gender Equality Exists Are the Most Biased

However, in settings where both sexes are grouped only with members of the same sex, the gender gap in sharing “office housework” disappears, and even men volunteered to perform administrative chores as much as women, a 2013 study says. But the moment men and women are put together, the same responsibilities begin to fall on women — a pattern reflective of households with dual-income heterosexual partners, where women often bear the brunt of childcare and domestic chores, despite both partners having jobs.

It’s important that office housework is discussed and its responsibilities shared — otherwise these tasks often leave women with less time and energy to perform the functions listed in their job description, besides preventing them from pursuing opportunities that could advance their career. “The person taking diligent notes in the meeting almost never makes the killer point,” the New York Times article reads.

In the long run, besides impacting the careers of individual women, the unfairly gendered and time-consuming “office housework” impacts overall gender parity in workplaces. “If women hold tasks that are less promotable than those held by men, then women will progress more slowly in organizations,” the authors of the 2018 Harvard study wrote. As studies have shown, having fewer women in leadership roles impacts overall gender equality in organizations.

“None of us will see gender parity in our lifetimes, and nor likely will many of our children,” the World Economic Forum had predicted in 2020 — even before the pandemic struck.

With Covid19 exacerbating the gender gap at work further, the future of gender parity in workplaces seems all the more bleak with the added expectations of “office housework” imposed disproportionately upon women — even in 2021.