What You Need to Know About Vitamin B12 Deficiency 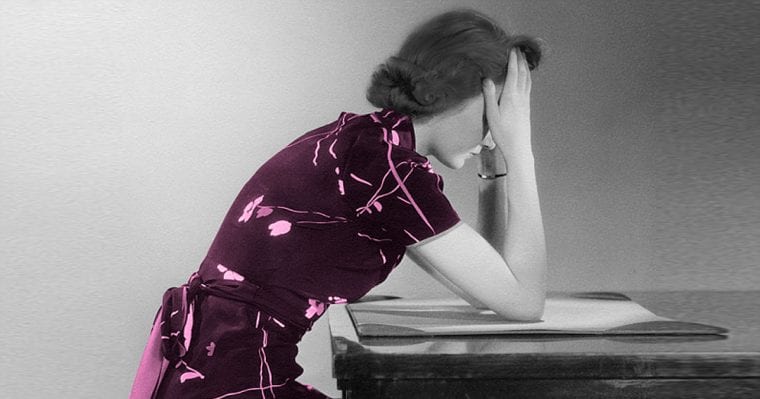 I was recently told by my doctor that I need to make sure I get enough Vitamin B12. I didn’t have a deficiency, she said — yet; I was borderline. Which scared me in the way anything one syllable away from ‘flat line’ does. But the more I asked around and read up, the more I realized vitamin B12 deficiency is everywhere these days. It crosses class and geography. Why?

It boils down to two things: our diets often don’t contain enough B12 — and when they do, we’re often not absorbing it properly. Here’s a primer on vitamin B12.

What is vitamin B12?

How much vitamin B12 do you need?

For anyone over age 14, 2.4mcg (micrograms) of B12 is recommended daily. Pregnant and/or breastfeeding women require slightly more — 2.6 to 2.8 mcg a day (most prenatal vitamins include B12). For children, the amount varies as they grow, from 0.5mcg at six months, to 1.8 mcg at age 9 to 13. In theory, most of this will come from the food you eat.

How much vitamin B12 does the typical diet contain?

It’s difficult to say. The B12 content of common dietary sources of the vitamin are:

What happens if you don’t get enough B12?

You could end up with low vitamin B12, or a vitamin B12 deficiency — which, if untreated over a long period can cause major problems, impairing cognition, altering mood and damaging nerves.

How common is a vitamin B12 deficiency?

What causes a vitamin B12 deficiency?

One major cause is diet — specifically, a vegetarian or vegan diet that is not carefully balanced to ensure enough B12, or that is not supplemented. Since animal-based foods are the best sources of vitamin B12 — there’s no known plant source of B12 — vegetarian diets that do not include (enough) eggs, curd, soy milk, fortified breakfast cereals, or fortified meat substitutes, can put people at risk for a vitamin B12 deficiency.

But even many non-veg people, like myself, can have low levels of B12. And that’s because the biggest contributor to a B12 deficiency is simply aging. As we get older, our stomachs produce less acid, which makes our bodies less adept at breaking down food into nutrients and absorbing the B12. So you may be consuming enough B12 technically, but not absorbing it. In fact, B12 deficiency in the elderly is common, but often missed because many of its symptoms are associated with advanced aging anyway.

Relatedly, antacid medications for acid reflux and indigestion, which work by inhibiting gastric acid, also cause the body to produce less stomach acid and thereby cause a vitamin B12 deficiency. Another common medicine that can inhibit B12 absorption is metformin, a treatment for type 2 diabetes; studies suggest diabetics who take metformin may be more at-risk of a B12 deficiency by 7.2%.

Additionally, certain autoimmune diseases may put people at higher risk of a B12 deficiency. And finally, chronic alcohol abuse can be another cause of B12 deficiency, among other health problems.

How can you tell if you have a vitamin B12 deficiency?

The giveaway in most patients, says Dr Nair, is numbness and tingling in the hands and feet. Anemia is also a big sign; because vitamin B12 supports the healthy production of red blood cells, too little B12 can lead to too few healthy red blood cells — also known as pernicious anemia. (Not to be confused with iron deficiency anemia, for which vegans and vegetarians are also at higher risk.)

Other symptoms of a B12 deficiency are rather generic and may include (depending on the severity of the deficiency):

A blood test is the definitive way to diagnose a B12 deficiency, the cost of which is roughly Rs. 1000 to 1200, Dr Nair says. The interpretation of that blood test varies, however; most experts recognize a deficiency when B12 levels equal or are less than 200 picograms per milliliter of blood, though some say anything less than 350 pg/ml is deficient.

What can you do for a vitamin B12 deficiency?

For most people, Dr Nair says, supplementation is necessary; because the problem is often rooted in dietary restrictions that can’t be changed, it’s difficult to solve it through diet changes alone, although increasing or adding fortified foods and, if possible, dairy products like curd is desirable. And for non-veg people with a B12 deficiency, more fish in the diet may be recommended. Still, supplements are the best route, especially since synthetic B12 (as opposed to the cobalamin that occurs naturally in food) doesn’t require stomach acid to absorb.

In some severe cases, B12 injections may be required.

What if you have a vitamin B12 allergy?

It may seem like you have a vitamin B12 allergy, but you don’t; you’re allergic to the cobalt atom in the vitamin (hence, its formal name: cobalamine). For people with a cobalt allergy, B12 supplements can cause a red, itchy rash with small blisters. For anyone with a cobalt allergy and a vitamin B12 deficiency, the general medical consensus is: take as much B12 supplementation as you can, but not too much. Ideally, both a doctor and allergist should guide you.

Even if you’re not B12 deficient, should you still take supplements to prevent a deficiency?

It’s not a bad idea, says Dr. Nair. A daily supplement at the minimum daily dose of 2.4mcg is not enough to generate excess; and because vitamin B12 is water-soluble, even “if there is excess, it will be excreted in the urine,” he says — which means there’s no such thing as ‘too much.’ Indeed, there are no recommended caps on daily B12 intake. The only exception is people with Leber’s disease, a form of hereditary vision loss that can be worsened by vitamin B12.