What It’s Like To Live With: Borderline Personality Disorder 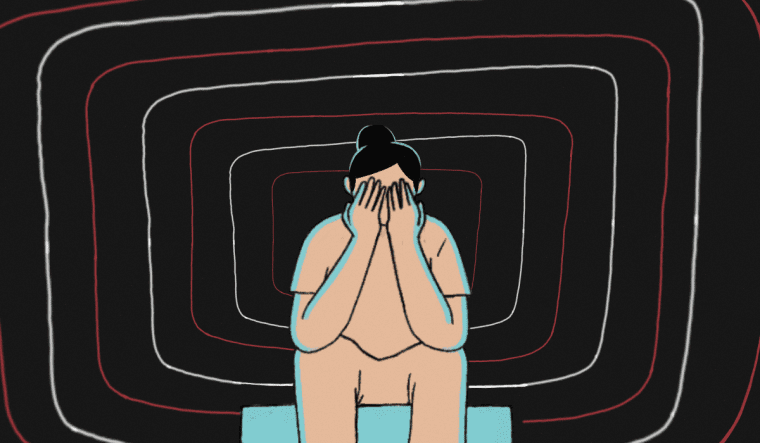 Credits: Pratik Bhide for The Swaddle

There are different types of Borderline personality disorder (BPD); mine is a more inward kind. Like, I take all of my emotions and direct them inward, rather than exploding outwards.

Four years ago, I decided to get help when I was around 20 because I was reeling from a breakup. And, of course, breakups are hard for everyone — they make you feel like shit. But for me, it felt like someone had died. The kind of pain that people feel when someone close to them dies, breaking up with somebody, or being abandoned or rejected, or just left behind makes me feel that same way. I was staying by myself in Mumbai at the time, I didn’t have a lot of support, and I was terribly depressed. I knew I needed help. But I didn’t want to talk to my parents about it, so I decided to get a job to pay for therapy.

At the end of three sessions, my therapist said she had picked up on many things I said about myself and gave me an informal diagnosis of BPD. She also said I’d have to be in therapy for a long, long time. I was 21 at the time and didn’t know what BPD even was. At this point, my mental health vocabulary was limited to depression, anxiety, and bipolar. When I googled it, I could relate to most things about BPD. I did a lot of research, but I didn’t realize how stigmatized the disorder was.

Few months down the line, the therapist wasn’t working out for me anymore, and I just decided to stop going to therapy. Around the same time, there were many people in my life, who were very cynical about therapy, and planted the idea in my head that I was being over-diagnosed. They would tell me that I was just a bit depressed and that the therapist had diagnosed me with BPD so that I’d keep going back for sessions. And I thought they could be right — on some level, it also seemed easier for me to let go of a label that I didn’t fully understand.

However, once I left therapy, I started making awful decisions — getting really drunk, being very impulsive, and just self-sabotaging in many other ways. So, I decided to go back to therapy again, but this time, I went to a center that was strongly against labeling people, which I really appreciated. They would help me work on my symptoms without putting me in a box of any sort. But outside of therapy, I started hearing about BPD a lot more — in magazine articles, on social media, in TV shows like Crazy Ex-Girlfriend.

Last year, while I was in therapy, I again got into a funk when I was attracted to another person — I, basically, started freaking out to an unusual degree when I felt attached to them in a romantic sense. I felt like I was losing control — like I’ll die if I keep having feelings for them, or anyone else really. So, I just went back to the center and asked them if I really had BPD. After a few sessions to assess me, they concluded that I did indeed have BPD.

It shattered me. I had spent a long time running away from that diagnosis. It was somehow just easier not to have BPD, you know? I shared my diagnosis with a couple of my friends, and one of them went like: “Oh no, BPD has a bad rep.” Things like these broke me because, on some level, I feared this response, and their reaction validated my worst fears about myself.

I am aware there’s this idea that people with BPD are serial killers, and all sorts of obsessive, manipulative, “crazy,” and a bunch of other things. I’m none of these things, but I do have BPD. In fact, forget being manipulative, I’m so naive I get played around, and even when I realize I’m being manipulated, I go with it because I have really low self-esteem.

When I got rediagnosed, I was suicidal — mainly because of how badly it’s portrayed in the media. I felt everyone would absolutely hate me, and I’d rather be dead than be seen like this. There were articles like “How to help yourself if you know someone who has BPD” instead of “How to help yourself with BPD.” There were support groups for people who knew others with BPD and told each other: “I feel bad for you that you have to deal with someone who has BPD.” These things were really triggering. I wanted to stop existing so I could get away from the label.

But my psychiatrist told me something, which has kept me going. He told me that I had made it up to 23 years having the disorder but not knowing about it, and yet I had managed to keep going about my life with a semblance of stability in my personal and professional life. He used an interesting analogy — he said it’s as if I have a two-storeyed building, where the first floor was on fire and might always be, but I’d managed to keep the fire in check and the ground floor intact. The analogy sucked, but it was also helpful — as in, it didn’t try to tell me that my BPD will go away; it’s, after all, a chronic condition.

But it is the chronic nature of the condition and the lack of tools available to help someone with BPD that also added to my hopelessness. I mean, research is still going on on the right mix of medications or the right kind of therapeutic approaches to treat it.

Personally, medications didn’t help me at all. I was put on mood stabilizers twice for different durations because I experience affective instability — basically, my mood can go really high and really low; I can be delighted, then I’ll be despondent. This is quite characteristic of BPD. But medications made me feel numb. I really didn’t feel like myself. My lows weren’t so bad, but I didn’t have my highs either. I also started gaining weight, and it really increased my body dysmorphic tendencies. But, you know, it’s a balancing act — if I know I’m going through a terrible phase, then medication makes sense; like, I’d rather feel nothing than feel like shit for three straight months.

To some extent, because I’ve lived with BPD for years now, I’ve gotten used to its rhythm — like, when I’m really happy, I go out and socialize; when I’m feeling low, I isolate. I’ve made an entire life around this; I’ve even chosen friends based on who’s comfortable with me being this way.

Having said that, I’ve also detached myself from this diagnosis because I know I’m more than the disorder. I was diagnosed for convenience — so both my therapist and I know what to work on. This distinction has made it easier for me to feel a little less shitty about it.