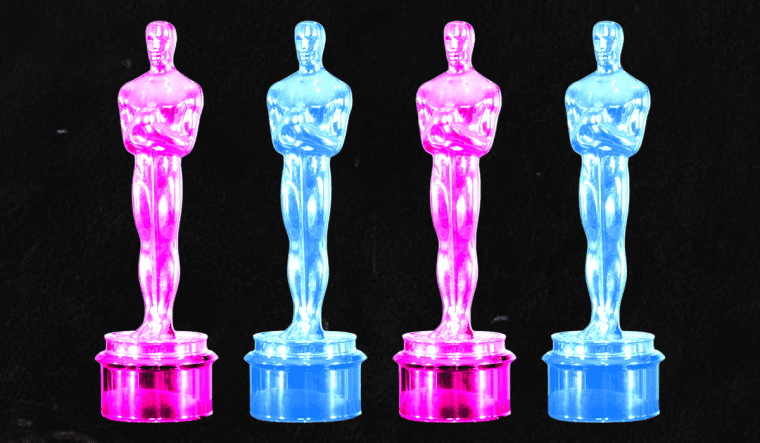 On Tuesday, the Brit Awards, given to British artists for accomplishments in music, scrapped the gender categorization of their best artist awards. This makes Dua Lipa and J. Hus the last to win the best female and male artist awards respectively, at this particular ceremony.

The decision comes in the backdrop of growing demands for “de-gendering” spaces like award shows. Artists like Sam Smith, who came out as non-binary, criticized the existing structure for excluding artists like them who found themselves unable to enter their work into either category. In 2017, MTV announced it would do away with the best male and female prizes in favor of one “best artist” award. Many other academies across the arts have also begun to do away with the gender binary in awards.

Each time, the debate raises the question of why gender-based categories exist, and what purpose they serve anymore. The question at the very heart of this cultural tipping point is: why is gender relevant in determining the value of someone’s art?

The gender bifurcation feels more exclusionary than others believe. An argument oft leveled by those critical of scrapping the gender binary is: awards are the only thing that allows women to achieve recognition for their work, by attending to the male bias in juries and selection committees. But it begs two questions. Firstly, what about race? Ethnicity? Religion? Sexuality? There are certainly no “Best White Artist” awards. Nor are there any “Best Muslim Actor” categories. Many statistics do indeed point to a gender bias in awards, but not as much attention is paid to who get to benefit from gendered award categories.

To only include gender, then, is not only exclusionary for gender minorities, it also forecloses the possibility of achieving any real representation in our awards system. In other words, it only means that a privileged minority of cis-women secure places in the various halls of fame.

Secondly, not only do award categories like “Best Female Novelist” sound patronizing and tokenistic, but there is also no denying the fact that all these awards have overwhelmingly given men all the prizes. A look at some existing prestigious awards that never had a gender binary in place shows us the discrepancy. Take the Nobel Prizes, the Booker Prizes, the Pulitzers, or some categories in the Oscars — where the winners almost always account for male nominees.

The question of what to do about awards disproportionately going to men remains, and it’s a valid one. “There’s the very real possibility that men would end up dominating the slates. If so, separate acting categories could perpetuate the simplistic idea that male performers are simply better than their female counterparts,” The Atlantic noted. In the music industry, after MTV’s category change, three of the five winners have been women. In the Brit Awards itself, the gender-neutral best album prize went to women 10 times, and men 9 times. Similarly, the gender-neutral categories at the Grammys have seen an even split, according to BBC News.

This means that to some extent, the music industry has a sizeable representation of cis-women who now receive recognition on par with cis-men. The ratio clearly depends on the fields in question — in STEM, for instance, it is men who dominate the scene due to a whole host of gender, race, and other biases at various points of entry. Gender-based recognition, then, only goes to cement biases and also overlook the intersectionality of representation.

The disproportionate awards are merely a reflection of an already existing bias, and may not be as much of a bias in themselves. “Awards are but a gesture in that complicated process — without fixing the foundation, the celebrated awards ceremony is but a decorated, yet unstable roof,” wrote Rajvi Desai for The Swaddle, on the subject.

There are a few ideas for ways forward. The Academy Awards announced a slew of “diversity” measures last year, which includes unconscious bias training for members of the jury and others involved. While this is also another step, it still doesn’t go far enough in ensuring actual representation.

Some have proposed introducing quotas, or caps, for awards like the Nobel Prize. But the Nobel Committee roundly rejected this idea, saying that the prize would only go to the “most worthy.” The logic is problematic because it furthers the narrative that there is only one way that “worthy” contributors to the sciences and arts can look like. But the conversation is worth continuing, as more and more platforms are forced to take stock of their prevailing biases.

The bottom line is: merely removing the gender binary in award categories without doing much else is hardly any inclusion at all, and may end up doing more harm than good. But this is no reason to retain these categories since that can be harmful too. This doesn’t have to be a “lesser of the two evils” discourse.

As Sam Smith pointed out: “Let’s celebrate everybody, regardless of gender, race, age, ability, sexuality, and class.” This means making more room and pushing for more meaningful effort, rather than going back to square one.